Prices of almost all major cryptocurrencies, including Bitcoin (BTC), Binance Coin (BNB), Dogecoin (DOGE) and Shiba Inu (SHIB), were trading with heavy losses on Tuesday at 8.44 am, according to Coinmarketcap data. The global crypto market cap was down by 2.25 per cent at $2.02 trillion, while the crypto trading volume surged by 19.93 per cent at $76.99.

Speaking at the 2022 World Economic Forum's annual Davos virtual conference on Monday, Prime Minister Narendra Modi talked about how different nations of the world should come together and collectively solve the rapidly growing cryptocurrency issue.

Meanwhile, Jamaica, an island nation in the Caribbeans, has decided to launch its first of a kind CBDC (Central Bank Digital Currency) product in the first quarter of 2022. According to a press release, the Bank of Jamaica first began testing the concept of CBDC in March 2021 with Ireland-based cryptocurrency company eCurrency Mint. Together with eCurrency Mint, National Commercial Bank, and other cryptocurrency service providers, they have successfully conducted an eight-month-long pilot testing of the CBDC on whether the Jamaican financial system can support this new technology or not. This pilot testing ended successfully on December 31, 2021. Read more about India’s possible take on CBDCs here.

Prices of Bitcoin remained under pressure as uncertainty looms over the future of cryptocurrencies. It is currently trading with a loss of 1.44 per cent at $42,207.81.

“Bitcoin retraced from yesterday's support level and is currently trading at $42,278. Following this pattern, majority of the altcoins sagged as well,” says Gaurav Dahake, CEO, Bitbns.

SundaeSwap will be the first DeFi exchange to launch on the Cardano (ADA) Blockchain. Investors welcomed this move and, hence, continued to buy ADA ahead of the formal launch on Thursday. At 8.44am, it is up by 8.59 per cent at $1.60. Read more about DeFi here. 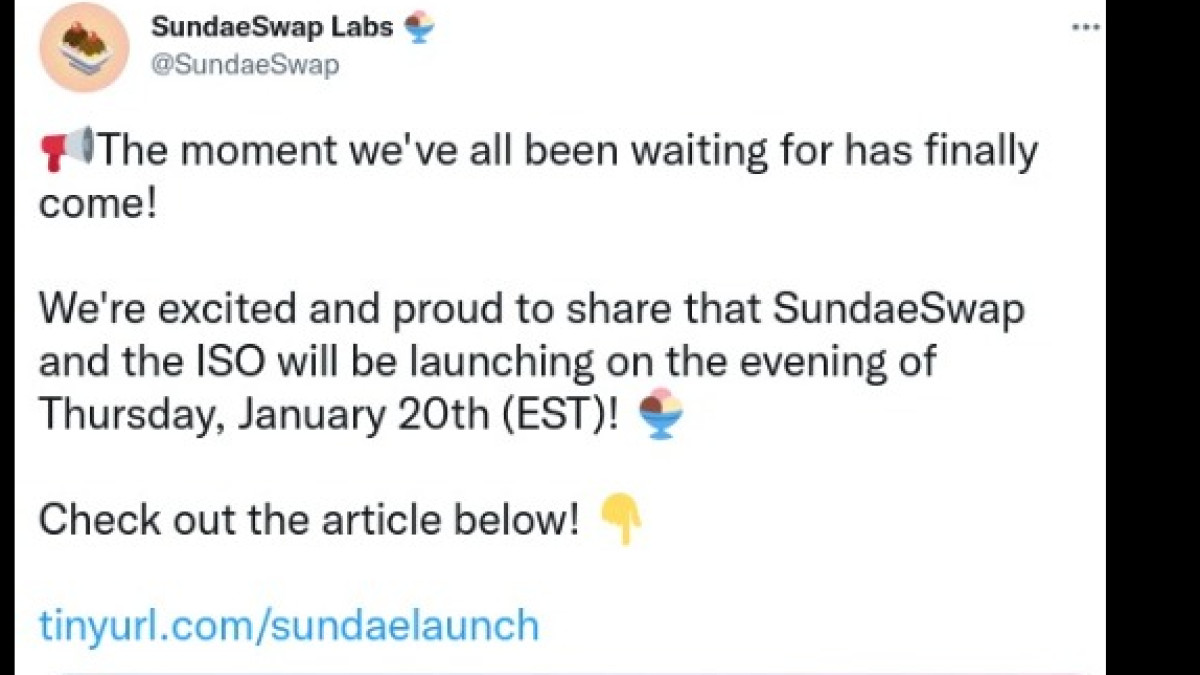 Speaking at the 2022 World Economic Forum's annual Davos virtual conference on Monday, Prime Minister Narendra Modi talked about how different nations of the world should come together and collectively solve the rapidly growing cryptocurrency issue. He was quoted as saying in a report by coindesk, “The kind of technology cryptocurrency is associated with makes decisions taken by one country inadequate to meet the challenges posed by cryptocurrency. We have to have common thinking.”

Meanwhile, the world’s largest crypto exchange by volume, Binance announced yesterday that it has partnered with Thailand’s Gulf Energy Development Public Company Limited to set up a licensed crypto exchange operation in the country, reported FX Empire. Binance’s spokesperson was quoted as saying, “Our goal is to work with government, regulators and innovative companies to develop the crypto and blockchain ecosystem in Thailand.”