Art & Entertainment Bring Back The Movies

Bring Back The Movies

Why doesn't going to the multiplex and paying through your nose provide the kind of rush it used to in the early days, oh those eight-nine long years ago? Why is it, in fact, more often than not, such a bum trip?

Time was when going to the cinema was a magical experience. There was air-conditioning, there were what we now call ‘halwai’ chips, there was old fashioned Coke and Fanta and, in Ahmedabad something called Sosyo (non-alcoholic), Cadbury’s bars which dripped despite the air-conditioning, Asha Parekh and John Wayne, though never together in the way they should have been. 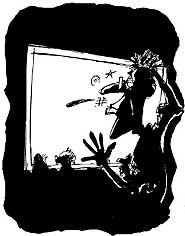 Then there were the dark days of things falling apart, like the arm-rests and seat-backs, the projectors dimming, the sound crackling and fading and yawing. This was the time when the VCR began to be seen as a miraculous and beautiful invention by those who were lucky enough to have one.

Sometime in the mid-90s cinema-going returned to us as a viable activity. The spanking new multiplexes had, it seemes everything: computerised ticketing, decent snack bars, comfortable seats, clean and bright projectors and Dolby sound, the latest Hollywood and the full cornucopia from Bombay. Arrey wah, Hallelujah, we said, and buttoned our mobiles to book tickets again and again.

So, what’s the problem now? I know I shouldn’t complain and maybe I’m the only one in all of South Delhi who feels like asking this question, but I kind of doubt it: why doesn’t going to the multiplex and paying through your nose provide the kind of rush it used to in the early days, oh those eight-nine long years ago? Why is it, in fact, more often than not, such a bum trip?

I mean, I know they’ve still got Dolby and flavoured popcorn and clean-ish loos etc, etc but, all the chrome and bright lights notwithstanding, I just can’t escape that distinct feeling of a rip-off every time I walk down the exit stairs and join the dusty scramble to get the car out of the parking lot.

First kvetch: the snackbar food hasn’t changed in years, the quality is dropping, and the prices are still going up. It’s fine if
you don’t allow in outside food but then, for god’s sake, give us a choice of juices and healthier snacks along with the colas and the popcorn. Next: the films start arbitrarily, especially the late shows: you saunter in expecting to see a few ads and a couple of trailers and boom! you’ve just missed the credit sequence of the feature. Third: nobody bothers to shut the cimema doors after the interval, so you get the ‘Kajra re’ blaring in the lobby competing with the Johnny Cash on the film soundtrack. Fourth, the aforementioned auto-buzkashi game in the parking lot as everyone tries to get out first and fast.

Forget about my fantasy cinema: deep armchairs, a full bar, special shows for smokers so you can get that wonderful spiral of smoke in the projector beam, all mobiles scanned for, collected and deposited at the door, everybody reasonably respectful of others’ viewing pleasure, and so on. Forget about the dream of cinemas showing different kinds of fare, world classics, serious art cinema, old Indian classics, documentaries and offbeat contemporary stuff along with the usual suspects. Forget even about reasonably priced tickets and reasonably located cinemas. Let’s just keep insisting on the basics, all the stuff we had in 1997 and maybe we’ll get it.