Nearly six years after the Mumbai 26/11 attacks, despite a flurry of erratic and uncoordinated initiatives, India's vulnerabilities to terrorism remain unchanged 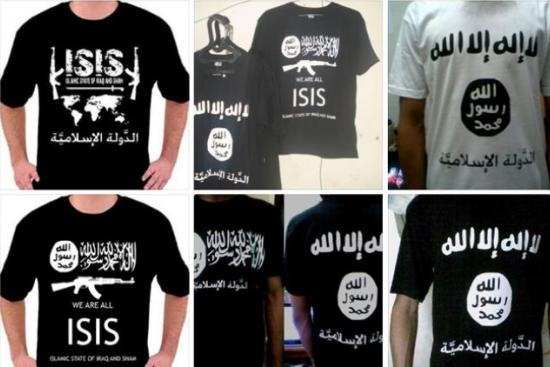 Independent India's history is replete with examples of the state's unpreparedness for the challenges of terrorism and armed violence, even where the emergence of the most vicious movements was abundantly augured. We appear, today, to be standing at another such crossroads, blissfully unready.

Islamist radicalization on Indian soil has long been a Pakistan-backed project, and it secured extraordinary success in Jammu & Kashmir (J&K), after decades of sustained effort, progressively transforming a cultured and inclusive Sufi Islam into a hardline jihadi cult of murder. Pakistan's efforts to extend this violent creed across the rest of India have met with no more than fitful success, often driven by fanatical Pakistani cadres, rather than by any dramatic support from Indian Muslims, other than the very fringe of an extremist fringe. The steady decline in Islamist terrorist incidents, both in J&K and across the rest of India, and the continuous successes against Indian jihadi cadres and leadership, however, can only provide transient comfort, as another, and potentially greater, storm gathers.

There are ample portents of the new danger of an increasingly globalized jihad, with escalating levels of tolerance for the most brutal violence, unprecedented even in the past record of a fairly malevolent Islamist terror. Indeed, rarely in history have there been such clear forewarnings of a danger of this nature, at such an early stage. If these warnings are taken seriously, India has sufficient time to prepare; and preparing an effective response must, indeed, take precedence over any other concern of the government.

It is the rise of the Islamic State (IS, formerly Islamic State of Iraq and al Sham, ISIS), and the tremendous magnetism that both its successes and its excesses have exercised over the imagination of Muslim youth across the world, that indicate that much worse is to come. Crucially, our security and intelligence apparatus is woefully inadequate and ill-equipped to repel a likely two-pronged assault: an increasingly internationalized Islamist jihad backed by Pakistan, and a strengthening Islamist fifth column within the country.

It had long been India's boast that no Indian citizen had ever joined the global jihad, though this has been compromised for some time now. However, few expected the very quick success of IS in attracting Indian cadres, without any presence in India or direct effort of recruitment. Already, at least seven confirmed cases of Indians having gone to Syria or Iraq to join IS have been documented (one of these, Aarif Majid from the Kalyan area of Thane District in Maharashtra, has already been killed fighting along with IS cadres), and another dozen or so are suspected, with these youth having travelled to Syria, Iraq or a neighbouring country on a one-way ticket, and subsequently having 'disappeared' towards the war zone.

In one sense, of course, this is still reassuring; this is a tiny number, considering the estimated 175 million Muslims in the country. The comparison with the West is particularly startling. Worried over the growth of extremism, most Western nations have introduced a range of policies to counter the trend, prominently including 'multiculturalism', 'deradicalization' and 'community policing', and many 'security experts' have long lamented the absence of these in India. And yet, we find that Belgium, with a tiny Muslim population of just under 629,000, officially estimated that over 250 fighters had joined IS by April this year, and the number, now, may have risen beyond 500; Australia accounted for another 250; Denmark, 100; France, over 700; Germany 320; and UK, 500. Even Sweden with a Muslim population of 47,000, has seen at least 30 of its citizens joining the IS; and Switzerland, with 46,000 Muslims, has confirmed 10 citizens in the IS ranks, outnumbering the confirmed Indian cases. There are an estimated 20,000 foreign fighters in Iraq alone, drawn from at least 82 countries across the world. With the rapid IS expansion in Iraq and Syria, the dramatic global projection of these 'successes' through an extraordinarily sophisticated media campaign, as well as the declaration of a new Caliphate under 'Khalifa Ibrahim' aka Abu Bakr al Baghdadi claiming that all Muslims are duty bound to support the Caliphate, and the constantly escalating rhetoric of a resurgent Islam rising against the 'loathsome infidel', many thousands of youth from these countries may by now have added to the ranks of the 'holy warriors'.

Islam has grown organically within India, and has, over centuries, evolved elaborate cultures of accommodation with other Faiths. It is these, rather than any conscious effort or intervention by the state, that has kept Muslims in India substantially insulated against extremist doctrines and violence. These cultures have, however, been under continuous assault over decades, and have certainly begun to fray, at least along their more extreme and isolated edges. Already, a breakaway faction of the Indian Mujahiddeen, the Ansar ut Tawheed wal Jihad fi Bilad al Hind, located in Pakistan, has declared its intention to fly the IS flag over South Asia; a Pakistani group, the Tehreek-e-Khilafat, has also declared, "We are praying from the almighty Allah to give us chance in our lives to see the expansion of Islamic State boundaries toward the Sub-Continent and Khorasan region..." IS has, of course, issued a farcical map that includes India within a projected Islamic empire of which this imagined 'Khorasan' is a part. With Pakistani provocateurs and a substantial flow of West Asian money to a widening network of hardline Wahabi mosques and institutions across the country, these various streams may eventually coalesce into a much wider extremist mobilisation than has hitherto been the case. Disturbingly, the influential Jamaat-e-Islami Hind, long celebrated as a moderating influence in Indian Islam and a strong opponent of the Partition, in one editorial in its mouthpiece, Dawat, has argued, "it is very necessary to welcome the announcement of the establishment of Islamic Caliphate by the ISIS because Islamic caliphate is the aspiration of every Muslim and there has never been a disagreement on the issue among the Muslims in any period of history." It is not clear whether this is the opinion of a single commentator or the emerging consensus in the Jamaat, but if this line of thinking inflates, the dangers within India and across the sub-continent could swell exponentially. Significantly, the leader of another prominent Sunni religious institution, the Nadwatul Ulama, Salman Al-Husaini Nadwi, wrote to Abu Bakr Baghdadi after the latter's declaration of the Khilafat, referring to him as Amir-ul-Momineen (leader of the Faithful), praying, "May Allah protect you", and calling on all Muslims to "abide by" Abu Bakr's directives, "if he follows Allah's Sharia".

The sectarian angle is a further compounding factor. Shia-Sunni bloodletting has, of course, a significant history in some areas of the country. Nevertheless, the unending slaughter of Shias in Pakistan, among other minorities there, has found no resonances in India, other than occasional attacks by Pakistan-backed extremists in J&K. IS actions and declarations have, however, already provoked some disruptive posturing. In an open letter, Salman Al-Husaini Nadwi asked the Government of Saudi Arabia to prepare an army of 'five lakh Indian Sunni Muslim youth' to fight against the Shia militia in Iraq and elsewhere. On the other hand, responding to the destruction of a number of shrines in Syria and Iraq, and particularly the IS threat to demolish Najaf and Karbala, the Shia's most sacred spaces (located in Southern Iraq) the Anjuman-e-Haidiri, a nondescript organisation in Delhi, has sought to augment its identity by calling for a million Shias to join it in protecting these holy places. While the organisation has made exaggerated claims of a 100,000 who have already signed up, intelligence sources indicate that no more than a few hundred have actually done so. Most of these pretensions will quickly fizzle out, but it is impossible to be sure, especially where elements within at least some influential orthodox Muslim institutions have begun to speak a disturbing language.

The IS phenomenon, moreover, is just a beginning. As is the usual case, most current analysis remains focused on the ongoing crisis, which is most visible in Syria and Iraq; but it is the entire Arab World, across West Asia and North Africa, that is at risk of total destabilization. The countries that have long exploited radical Islamism as an instrument of domestic political management to sustain authoritarian regimes, and have exported extremist ideologies and funded terrorism in other theatres, will inevitably be confronted with a vicious blowback that has the potential to destroy the few superficially stable Governments that still survive in this region. It is significant that over 2,500 fighters are believed to have joined IS from Saudi Arabia; over 3,500 from Tunisia; at least 1,500 from Morocco; and unknown numbers from Egypt, Jordan, the Emirates and Turkey. These numbers are augmenting rapidly, and regimes in these countries are now deeply apprehensive that IS, or elements within it, will soon turn their attention against them.

Crucially, a 2006 study by the Institute for Conflict Management on "Demographic Trends in Asia and India’s Security Futures" had noted that sheer demographic pressures and population profiles, combining with regional political cultures, constituted major and imminent threats to stability across the Arab World, underlining the UNDP Arab Human Development Report's observation, "Arab authorities live in fear of the Arab street." The study had further noted the tension between Shia and Sunni populations and states, to conclude that this could "provoke movements of covert warfare and terrorism, as well as possible open confrontations in situations of rising disorder in the Arab world."

Much of this has already come to pass, but worse is likely to unfold. It is useful to recall that the entire government system in India was thrown into disarray by the abduction and captivity of 46 nurses and 39 workers in the ISIS controlled areas of Iraq; we stumbled into some sort of a 'solution' with regard to the first of these, but the workers from Punjab remain untraceable, though current reports indicate that a Saudi mediated resolution to this crisis may also be at hand. With over seven million Indian expatriates working in the region, the direct consequences of a wider destabilization—both in terms of the humanitarian crisis and potential extremist recruitment—would themselves be overwhelming; the indirect impact is difficult even to assess, and it must be abundantly clear that India's systems are utterly inadequate to cope.

Nearly six years after the Mumbai 26/11 attacks, despite a flurry of erratic and uncoordinated initiatives, India's vulnerabilities to terrorism remain unchanged.

In the meanwhile, IS has created a whole new level of terrorism, challenging and demolishing well-equipped, Western-trained armies, and fighting along fronts that extend across thousands of kilometres. Its systems of command and control appear to have achieved a high level of efficiency, and its exploitation of contemporary media has been extraordinary. These accomplishments will inevitably filter through to other theatres of terrorism, as will the more virulent ideology and barbaric methods of the IS jihad.

All this is abundantly clear, yet there is little visible recognition within the Indian security establishment of the urgency of preparing a response. Diplomatic symbolism and little storms in teacups about talks or no talks with Pakistan will not prepare India for the next wave of jihadi terrorism. A colossal augmentation of capacities and capabilities in the intelligence-security systems of the country has long been overdue. This is an imperative that can now be deferred only at the risk of India's integrity.

'The Wisdom Of The Prime Minister'