Rahul Gandhi expresses confidence that Grand Alliance will be victorious in the state. 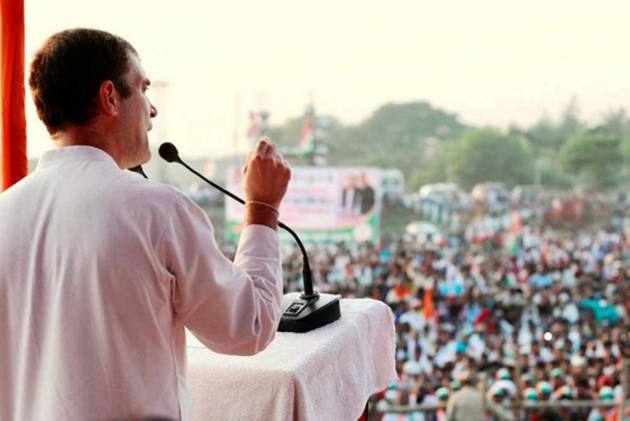 Hitting out at Prime Minister Narendra Modi and Chief Minister Nitish Kumar, Congress leader Rahul Gandhi on Tuesday alleged that the duo have "looted" Bihar and claimed that people have decided to vote them out of power.

Addressing a poll rally in Bihar’s Katihar, the former Congress president criticised the NDA government over its policies regarding demonetisation, migrant crisis, GST, the new farm laws and the Centre’s handling of the coronavirus pandemic.

Rahul Gandhi alleged that neither Modi nor Nitish Kumar had done anything to help migrant labourers when they were walking thousands of kilometres to return to home during the coronavirus lockdown.

"The Congress had arranged buses for the movement of migrant workers. We are not in power so we could not do it for millions, but we helped as many people as we could," he added.

Rahul Gandhi also claimed the Prime Minister and the Bihar chief minister have failed to fulfil promises on development and job creation in the state. "I want to ask all the youth who are here that Modi ji had said he will give two crore jobs every year, Nitish ji said the same, but where are the jobs? Why are the youth unemployed today?" the Wayanad MP questioned.

He also alleged that farmers are angry with Modi over the three recently enacted agricultural laws. "And that is why farmers in Punjab burnt the effigies of Narendra Modi, Ambani and Adani on Dusshera. The truth (of these laws) has come out in Punjab. It has come out in Bihar as well,” the Congress leader said.

"Every youth of Bihar knows that Narendra Modi and Nitishji have together looted Bihar. They have destroyed Bihar's small shopkeepers. And now the youth and the farmer of Bihar have decided to vote for Grand Alliance," he said.

The Congress leader also alleged that the Modi and Nitish were wronging Bihar’s maize farmers. “At least 20 per cent of the maize produced in the country comes from Bihar, but do you get the right price? What did Modi ji and Nitish ji do to get you the right price?,” Rahul Gandhi questioned.