A 24-year-old incident involving new Bihar DGP, S.K. Singhal has come in handy for the ruling coalition of JD (U)-BJP to attack the Rashtriya Janata Dal. 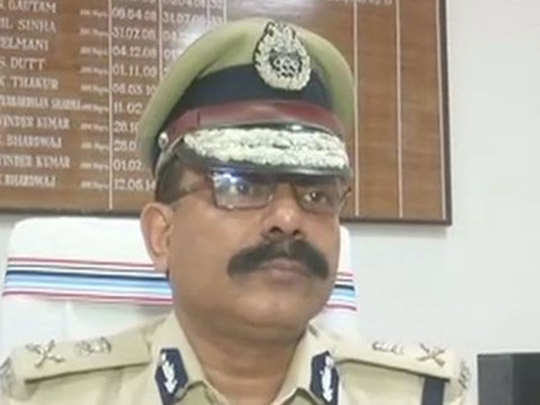 Bihar’s former DGP Gupteshwar Pandey may have retreated into the background, sulking after being denied a ticket to contest from his home town Buxar by Chief Minister Nitish Kumar, but his successor S.K. Singhal unwittingly finds himself in the middle of a bitter fight between the National Democratic Alliance (NDA) and the Rashtriya Janata Dal (RJD) during the ongoing assembly election campaign in the state.

1n 1996, Singhal, then SP of Siwan, had escaped a murderous attack on him by the henchmen of Mohammad Shahabuddin, while he was investigating a complaint against him during the parliamentary polls. Shahabuddin, who was the Janata Dal MLA at the time from Jiradei constituency, was contesting the Lok Sabha election from Siwan seat. Singhal had lodged an FIR with the Darauli police station against the politician, who went on to win four consecutive parliamentary polls till 2004 from his stronghold Siwan, until he was disqualified from contesting the elections owing to his conviction in several cases, including the attack on Singhal.

In 2007, a special court set up by the Nitish Kumar government to expedite the long-pending cases against the high-profile bahubalis-turned-politicians sentenced Shahabuddin to 10 years imprisonment in the Singhal case.

24 years later, the infamous case involving Singhal and Shahabuddin, who is still in jail, is back in focus during the campaign. Addressing election rallies in different constituencies, BJP leaders, including President J.P. Nadda remind the voters how the incumbent DGP was attacked by Shahabuddin when he was the SP in Bihar.

“A Dalit officer (Gopalganj DM G. Kirshnaiyah) was lynched and the erstwhile SP of Siwan, who is now the state police chief, was attacked by Shahabuddin but the state government did not do anything during the RJD rule,” Nadda said while addressing a rally in Nawada. “It was only after the NDA came to power that the rule of the law and good governance was established,” Nadda says, adding that the criminals roamed about freely those days without any fear because the officials were helpless in those days.

Nadda is not the only one to raise the lawlessness during the 15-year-long reign of Lalu Prasad Yadav and Rabri Devi between 1990 and 2005 as a major poll plank. From Chief Minister Nitish Kumar and deputy chief minister Sushil Kumar Modi to Union ministers of State for Home Nityanand Rai and former Maharashtra chief minister Devendra Fadnavis, almost all prominent leaders of JD (U) and BJP have been highlighting the “jungle raj” during the campaign.  “What was the situation like during the Pati-Patni (Lalu-Rabri) raj in Bihar?” Nitish has questioned at most of his rallies. He has also directed his party leaders to apprise the new generation of voters, who may not be aware of the “jungle raj.”

The NDA leaders’ continual reference to the jungle days has irked RJD. Tejashwi Prasad Yadav, the chief ministerial candidate of the Mahagathbandhan, said that instead of talking about the present and the future, Nitish Kumar is still digging up old graves to divert people's attention from real issues like unemployment and migration.

Tejashwi, incidentally, has already apologised to people for any lapses that might have been committed during the 15-year reign of his parents, but the NDA leaders are apparently in no mood to let bygones be bygones.