Ikramullah, one of Pakistan's most-wanted terrorists, was named as the second suicide bomber in Benazir Bhutto's assassination in 2007. 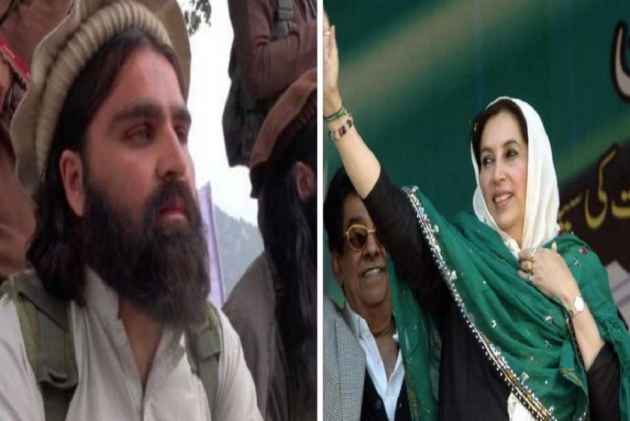 Ikramullah, one of Pakistan's most-wanted terrorists and named as the second suicide bomber of a cell that assassinated former Prime Minister Benazir Bhutto in 2007 has appeared in a Taliban video denying his involvement, the BBC reported on Tuesday.

Bhutto, 54, was assassinated in a bomb-and-gun attack on her car in Rawalpindi on December 27, 2007, as she left an election rally.

Ikramullah, who was then about 16 years old, is believed to have been a back-up Tehreek-e-Taliban-Pakistan suicide bomber, who was meant to detonate his explosive vest if the first attacker did not succeed.

But officials say he walked away after the other bomber blew himself up, killing Pakistan's first woman premier and at least 20 others at an election rally in Rawalpindi in 2007.

In his first public statement on the case, Ikramullah appears in a video produced by a splinter group of the Pakistani Taliban which was obtained by the BBC. It is believed to have been filmed in eastern Afghanistan, where the militants are based.

Described as a "senior figure" in his group, Ikramullah repeatedly states in the video he was neither "involved" nor "aware of" the plot to kill Bhutto.

He is on a Pakistani list of most-wanted terror suspects, and has been named in court as the second suicide bomber.

Senator Rehman Malik, a former interior minister who was a close friend of Bhutto's, said that he believed Ikramullah was "totally lying", and that other suspects had named him in court as the second bomber.

Until recently Ikramullah was openly and proudly claiming his involvement. But last year he was attacked by other rival Islamists in Afghanistan, and his family received threats from the Pakistani security services, the report said.

As a result, it is believed, he was advised by his group's leaders to make a video denying his involvement, it said.

Bhutto was elected as prime minister in 1988 and 1993. After a period in exile she returned to Pakistan in 2007 to campaign for elections.

Five alleged militants charged with involvement in the plot were last year acquitted, but remain in detention pending an appeal.

The leader of the Pakistani Taliban at the time, Baitullah Mehsud - who died in US strike in 2009 - denied that the group was responsible.

Earlier this year, a book published by the Pakistani Taliban's main faction on the history of the group acknowledged that despite earlier denials they had indeed carried out the attack, and again named Ikramullah as the second suicide bomber.

According to a recent book, 'From British Raj to American Imperialism', Bhutto was targeted by the militants because she was planning "to target the mujahideen" and create a government sympathetic to "American interests."

The book was written by Mufti Noor Wali Mehsud, who was named recently as the new head of the main Pakistani Taliban. The group's previous leader Mullah Fazlullah was killed earlier this month in a drone strike.

The video in which Ikramullah features is produced by a splinter faction of the Pakistani Taliban rather than the main group. No mention of the book is made in the video, the report said.

However, the commander of the splinter group, Shehryar, says attempts "to link Ikramullah to the killing of Benazir is the work of the infidel media and apostates".

Former Interior Minister Malik said that Ikramullah was "the only living person" with inside information on the Bhutto case, as the majority of other militants linked to it have since been killed.

Shehryar also claims in the video that the Pakistani Taliban were not involved in the attack, and blames it on the country's then-ruler Pervez Musharraf and the intelligence services.

Musharraf has been declared a "proclaimed offender" after being charged with "abetment and conspiracy to murder" in relation to Bhutto's death, but not appearing in court.

He is currently in self-imposed exile in Dubai. He has always denied any involvement in Bhutto's death or having deliberately not provided her with adequate security.

A 2010 report by the United Nations described the initial police investigation into Bhutto's assassination as a "whitewash".