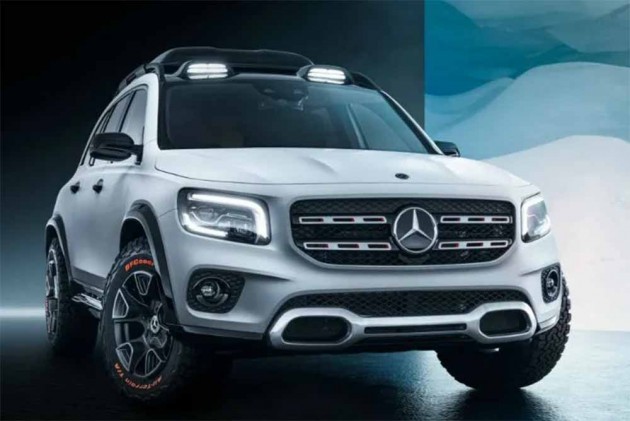 Mercedes-Benz has unveiled the concept GLB SUV at the ongoing Auto Shanghai 2019 show. The SUV will be based on the brand’s compact MFA2 (Modular Front Architecture) platform, but will feature a third row and seven seats, thanks to a long wheelbase of 2829mm. The SUV will be positioned between the GLA and the GLC in Merc’s SUV lineup. While the GLA SUV has a crossover-like design, the GLB’s design focuses on space and ruggedness. 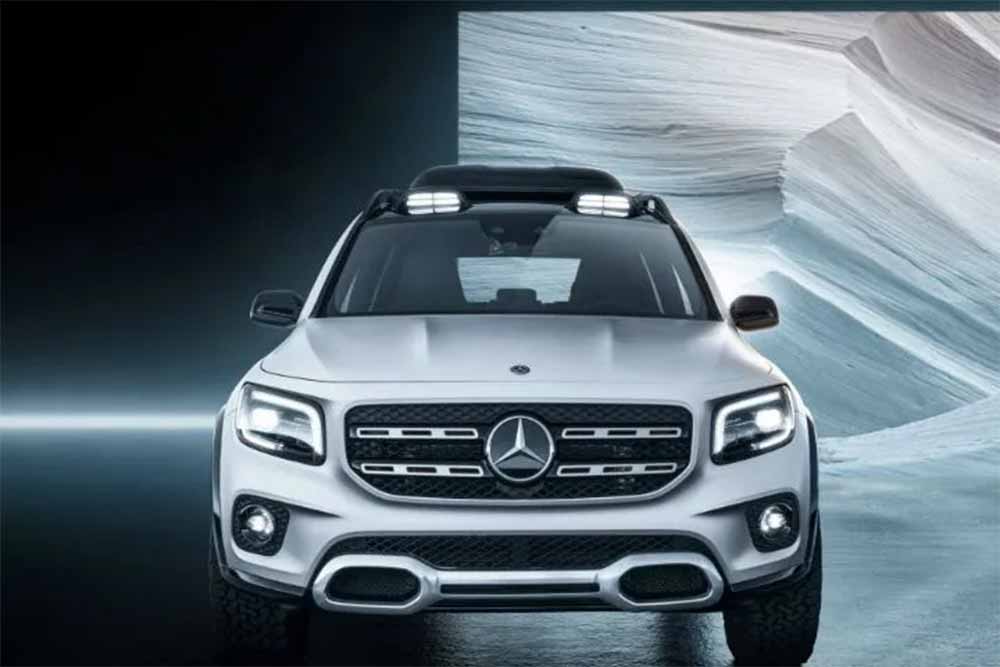 The SUV follows a different design path compared to what we have seen in the GLA and GLC. Gone are the swooping lines and low stance, the SUV now looks similar to the much bigger GLS. The boxy front now has a huge twin-slat grille with the three-pointed star bang in the centre. Flanking the grille are multi-beam LED headlamps with eyebrow and a lower DRL element. Below that are a set of traditional fog lamps and funky looking air dams. In profile, the SUV looks muscular with squared wheel arches, tall stance, and 17-inch off-road tyres. All these features hint towards a capable off-roader. The concept also carries a pair of auxiliary lamps on the roof with a black roof box, door handles and ORVMs. The rear section also follows a boxy design language with split LED taillamps and an aluminum diffuser. 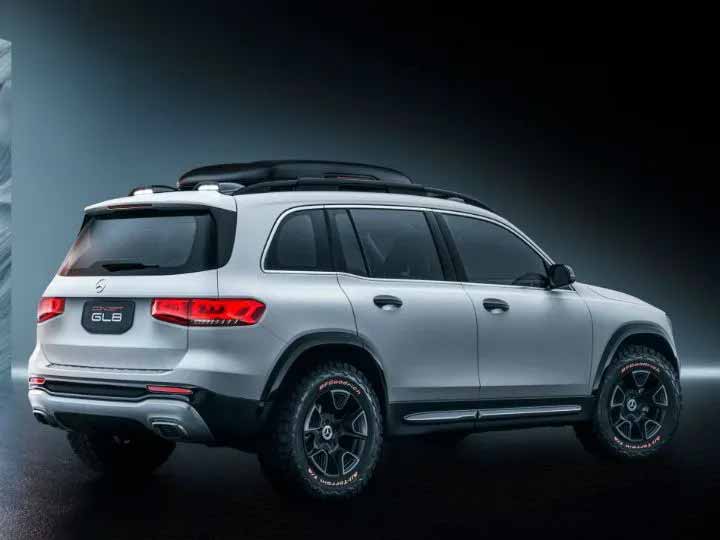 To put things into perspective, the GLB is compared against its direct rival, the Volvo XC40, which it trumps on all physical parameters. As you can see from the table below, Mercedes is playing the size card with the new GLB. In the international markets, it will go up against the likes of the upcoming Audi Q4 and the BMW X2. The all-new Merc SUV is likely to be larger than its German peers as well.

The GLB will be the first SUV based on the brand’s MFA2 platform to feature seven seats which can also be dropped flush on the floor for more boot space. Mercedes claims that these are not emergency seats and that can seat two medium sized adults comfortably. The  middle seat row is 40:20:40 split folding and can be folded down to create a level load surface. To make the third row access effortless, the second-row seats can be folded forward at the pull of a lever, which Mercedes calls EasyEntry. 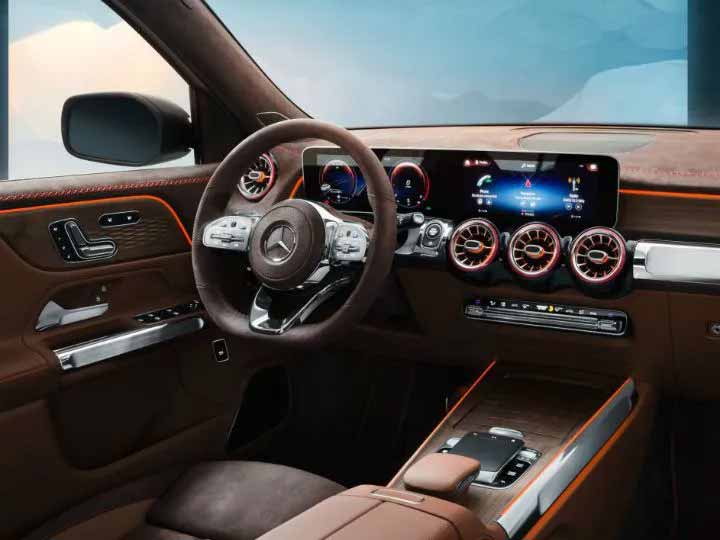 The interiors of the SUV features the same design language as all new Mercedes-Benz models with the three circular aircon vents and a widescreen display that can be controlled through Mercedes-Benz User Experience - MBUX. The aircon control panel has an intentional old-school analogue feel along with some nice touches like the off-road-type tubular elements in milled aluminium. 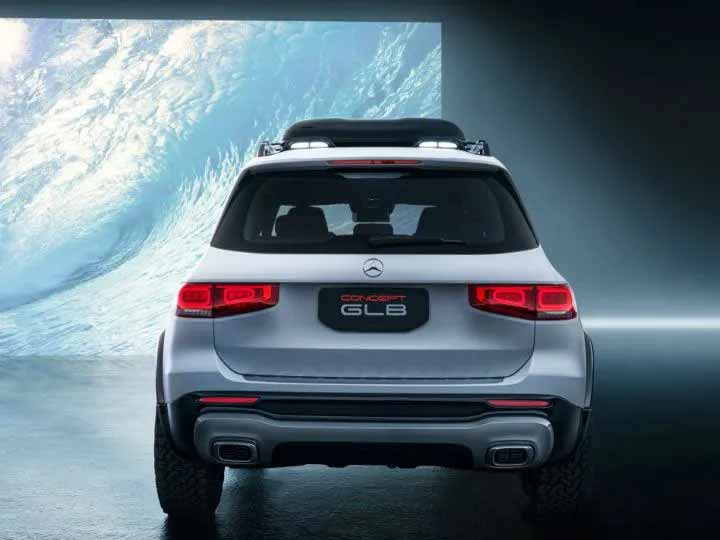 Powering the SUV is an M 260 2.0-litre four-cylinder petrol engine combined with an 8G-DCT gearbox, churning out 224PS and peak torque of 350 Nm. The SUV will also come standard with 4MATIC along with three selectable drive modes. These include Eco/Comfort with 80:20 distribution, Sport with 70:30 and off-road mode with the basic distribution at a balanced 50:50.

Even though the showcased car is dubbed as a “Concept SUV”, it looks almost ready for production. The GLB, when launched here, is expected to be priced around Rs 45 lakh (ex-showroom).