The Tata Tiago, which was first launched in 2016, received multiple updates, special editions, new safety features as well as a new top-spec variant over the last couple of years. Now, it is due for an update and we spotted it being tested yet again. The facelifted model is expected to be launched in early 2020.

At the front, the Tiago facelift appears to be inspired by the upcoming Tata Altroz. The way the air dam has been designed looks very similar to the Altroz. The nose is pointier than before and the grille appears slightly bigger as well. Expect the top-spec variants to offer projector headlamps like before. Daytime running LEDs are expected to be on the cards as well. Compared to the front profile, the rear looks pretty much like the existing model. Revisions to the bumper are likely.

The Tiago facelift is expected to feature a new digital instrument cluster. The setup looks similar to what we’ve already seen on the Renault Triber and the Kwid facellift. This would be the biggest change on the inside. The overall layout, however, is expected to remain unchanged. 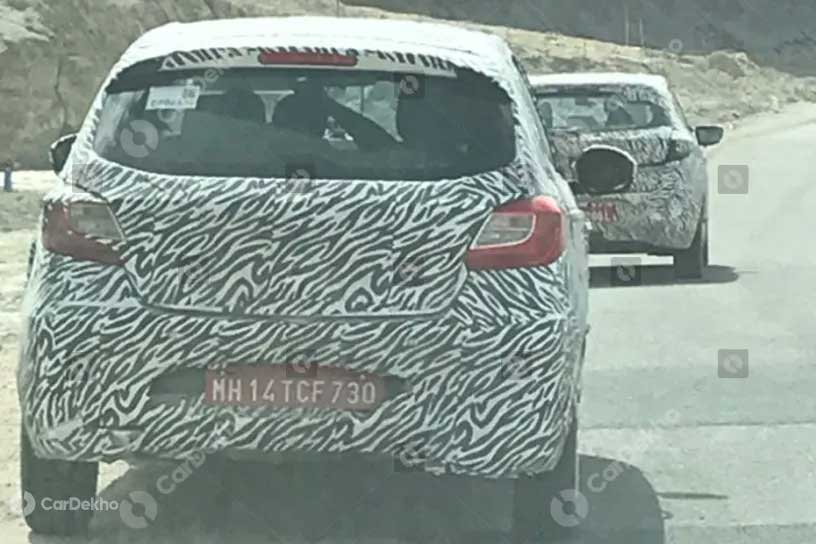 Under the hood, the Tiago facelift is expected to be powered by the same 1.2-litre petrol unit as the current car. It produces 85PS of max power and 114Nm of peak torque. While the petrol motor is expected to be upgraded to meet BS6 norms, the current 1.05-litre diesel unit could face the axe as Tata has already announced that it won’t sell small diesel cars once BS6 emission norms are implemented.

The Tiago facelift will continue to rival the Hyundai Santro, Maruti Wagon R and Maruti Celerio.