Suzuki has released another teaser image, revealing more details of its upcoming product. The bike in question is the new Gixxer 250 and it will be launched in India on May 20. It will be a faired bike with a design language that appears to be derived from the current Gixxer SF. The image also gives us a sneak-peek of the front forks, which are likely to be traditional telescopic units instead of inverted ones to keep costs in check. At the rear, the motorcycle is likely to pack a monoshock. Other notable features could be an LED headlamp and a fully digital instrument cluster.

The Gixxer 250 is likely to be powered by a 250cc single-cylinder air-cooled engine with an oil cooler. Given that the current Gixxer’s 155cc powerplant was developed specifically for India, expect Suzuki to follow suit for the quarter-litre Gixxer as well. The new engine will have an SOHC layout and might get a four-valve configuration. We believe it will make more power than the Yamaha FZ25, so expect a figure of around 20PS to 25PS. It makes sense considering the fact that the Gixxer 250 is a sporty faired motorcycle and that it’s a newly developed motor, while the FZ25’s powerplant is quite old. It goes without saying that this engine will be BS6 emission norm ready. 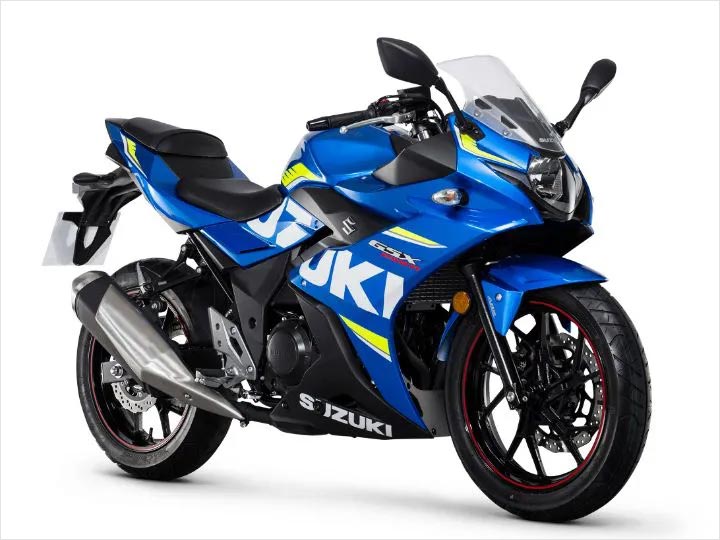 The upcoming motorcycle will most probably have disc brakes on both ends with dual-channel ABS as standard. Expect Suzuki to price the Gixxer 250 at around Rs 1.4 lakh to Rs 1.5 lakh (ex-showroom). Once launched, it will go up against the Bajaj Pulsar RS200 (Rs 1.39 lakh) and Yamaha Fazer 25 (1.43 lakh) (all prices ex-showroom Delhi).