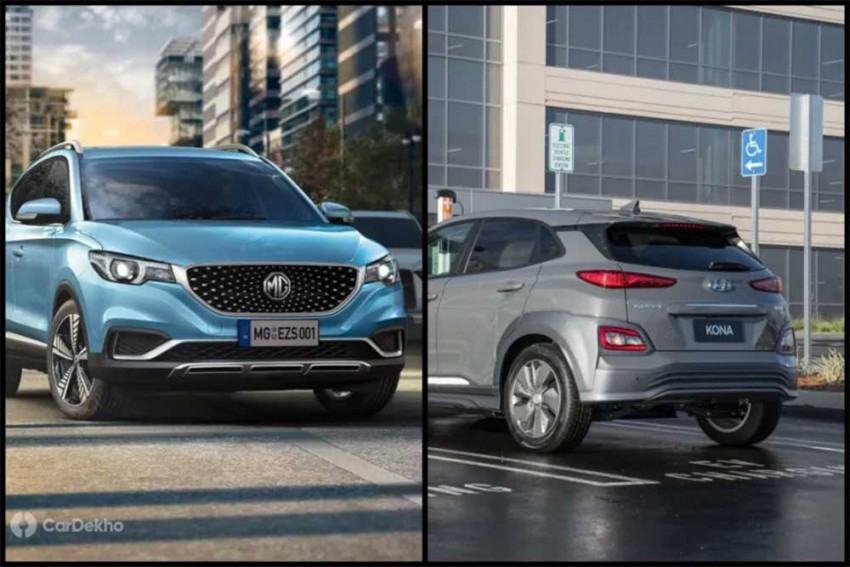 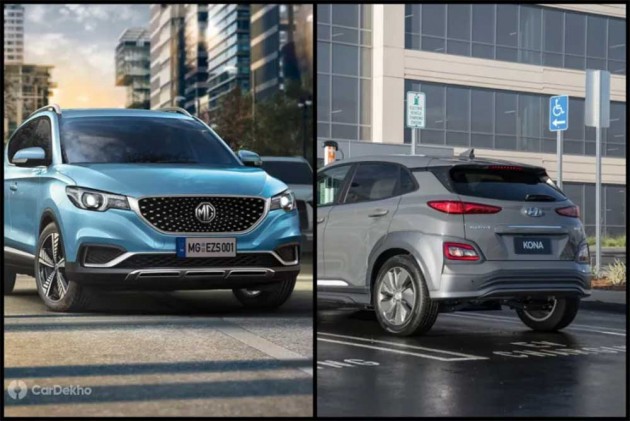 As MG Motor and Hyundai gear up to launch the eZS and Kona Electric by the end of this year, it’s time we took a closer look at the two electric SUVs which will go up against each other in our market. Both eSUVs will be among the first long-range EVs to go on sale in the country as the ones (Mahindra e2o Plus, eVerito) that are currently on sale do not offer a range of more than 140km (claimed) on a single charge.

Before we dive into the comparison, it must be noted that the cars pictured here may not feature the specifications as the models that are set to be launched here. Where the MG eSUV here is a China-spec model, the Hyundai Kona Electric pictured here is the one that is sold in the UK. However, the India-spec versions of these eSUVs are expected to be similarly equipped. 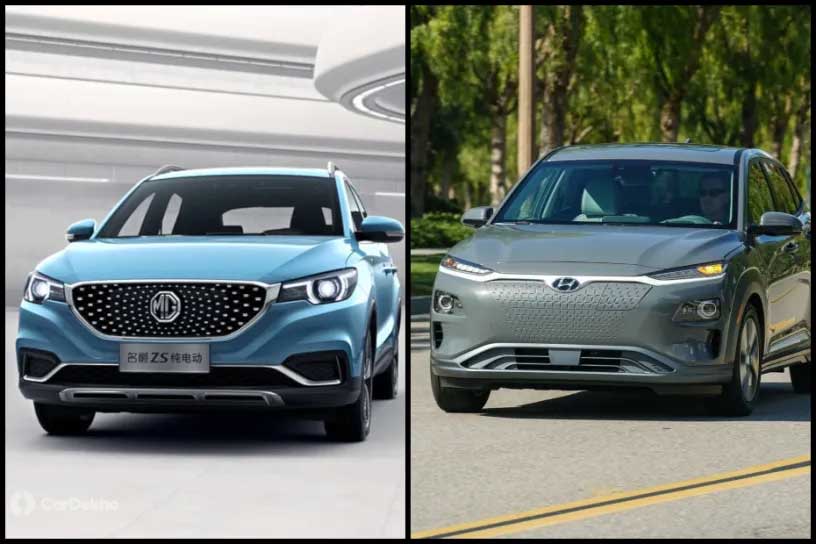 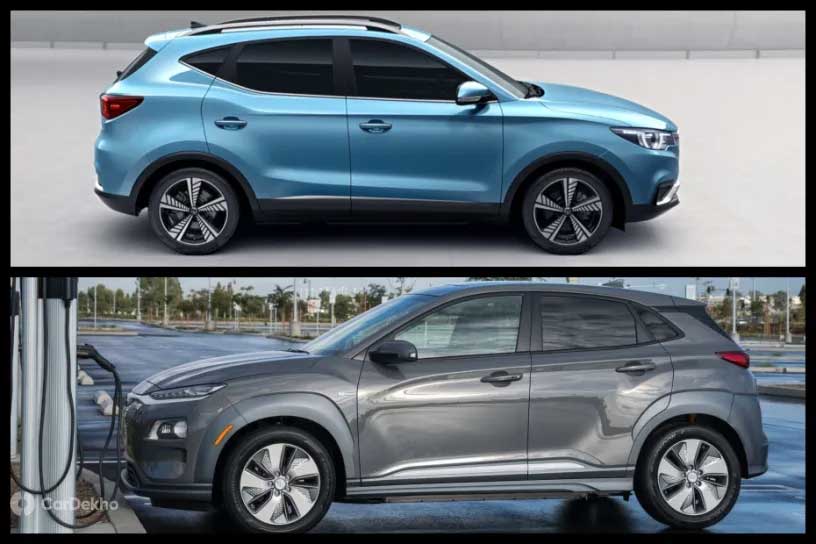 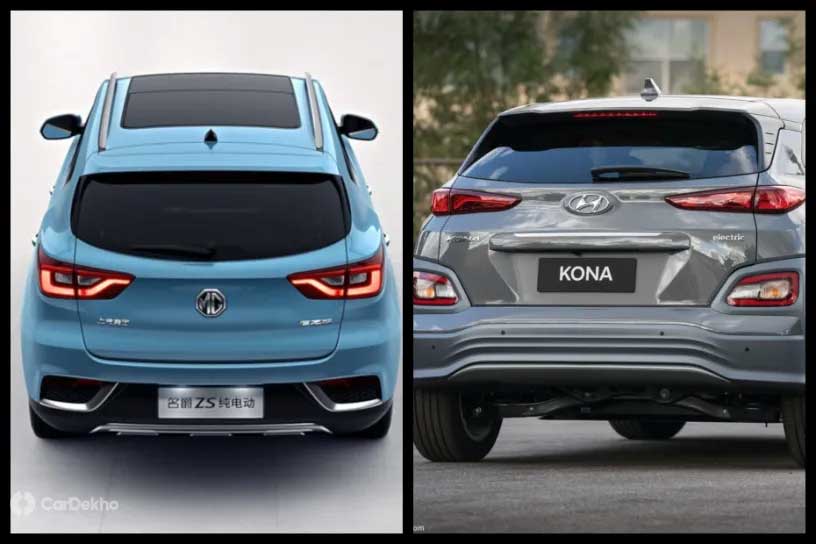 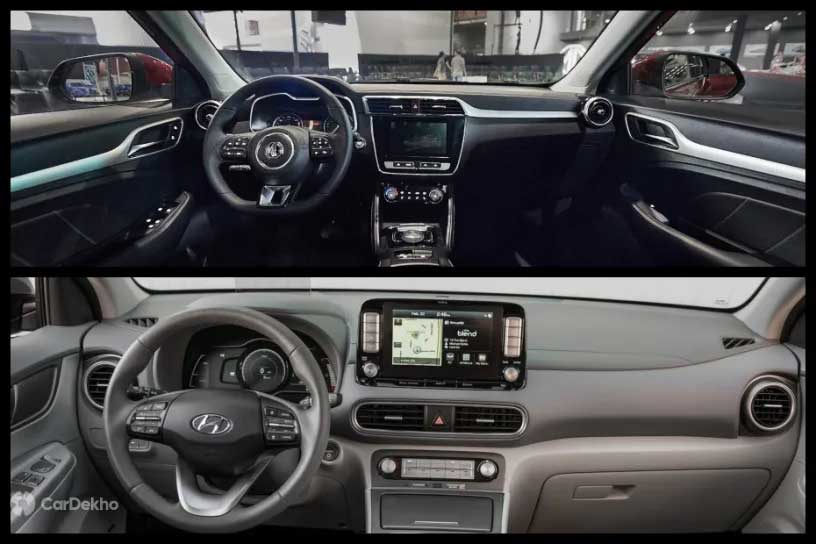 Where the eZS features a black-brown theme inside the cabin, the Kona Electric gets a lighter grey-white colour combination. Moreover, where the Kona EV comes with a free standing infotainment screen, the infotainment system in the MG sits flush in the central console. 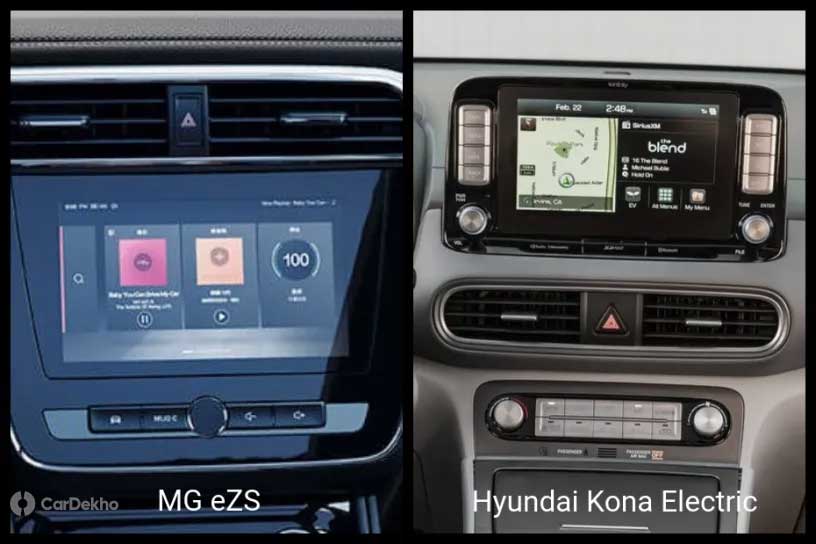 Both SUVs get an 8-inch touchscreen infotainment system which is expected to feature Apple CarPlay and Android Auto. MG has also confirmed that the eZS will get eSIM tech like the Hector. It allows the driver to control car features like climate control, ignition start-stop, among others, through a mobile app. We expect the Hyundai to be at par with MG in terms of features since the Korean carmaker is set to debut a similar connected car technology with its upcoming sub-4 metre SUV, the Venue. 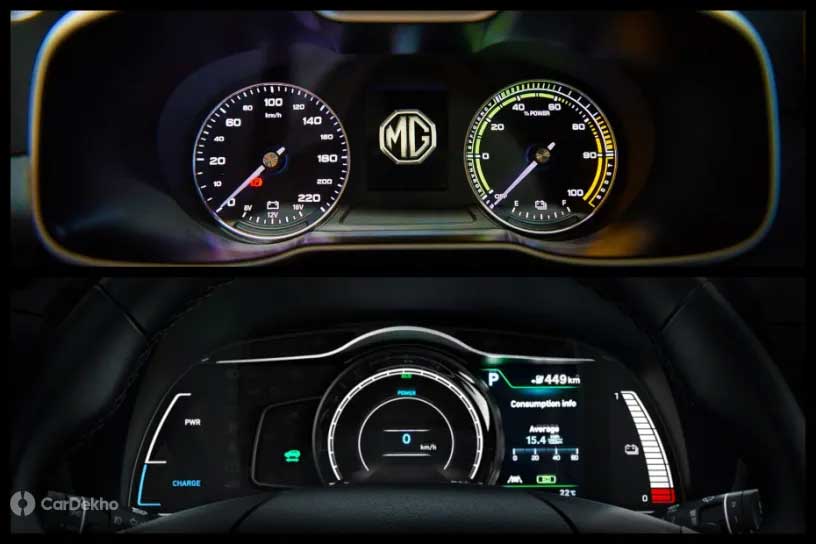 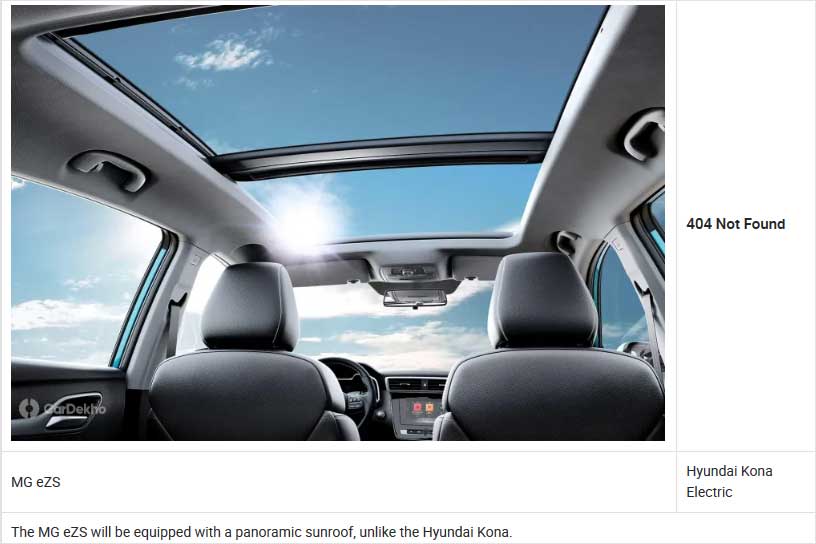 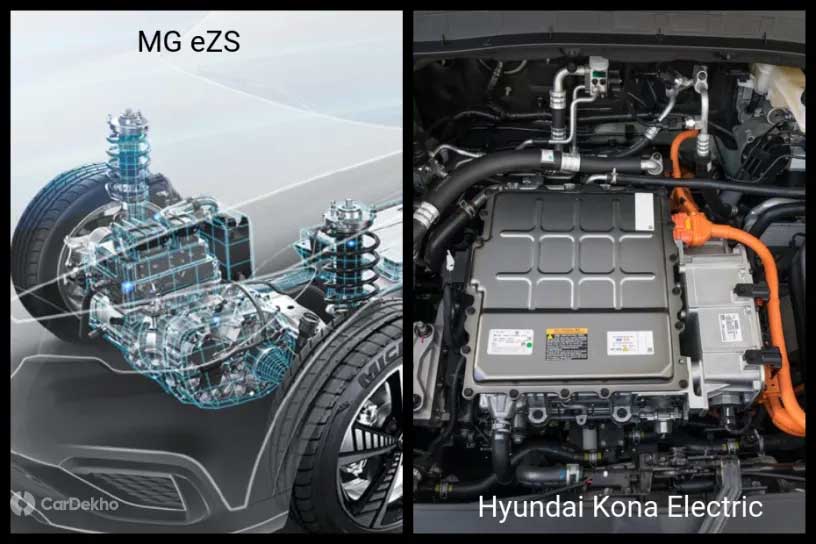 As mentioned above, both electric SUVs are expected to debut in India by the end of this year. The Hyundai Kona electric is expected to be priced around Rs 25 lakh while the MG eZS is likely to undercut the Hyundai with a price tag starting just above the Rs 20 lakh mark.