Hyundai will be launching the 2019 Elantra facelift in India on October 3. But the Korean carmaker has gone ahead and revealed what the company’s new flagship sedan for India will look like. Hyundai is also accepting bookings for the facelifted sedan.

The 2019 Elantra features sharper styling than the current Elantra on sale in India. Its headlamps are triangular in shape which gels well with the overall sharper styling. Lower down the bumper, the fog lamp housing also follows the same lines and features triangular fog lamps. The grille has also been tweaked and looks wider than before, reminiscent of the one on Hyundai’s Grand i10 Nios.

In its profile, the new 2019 Elantra facelift looks similar to the current-gen model. At the back, the tail lamp design has been tweaked and they are now taller than before. The LED elements have also been redesigned, are now horizontally oriented. The alloy wheel design has been slightly updated and the Elantra badging is now spelled out in the centre of the boot. The rearview camera has also been shifted to the lip spoiler. 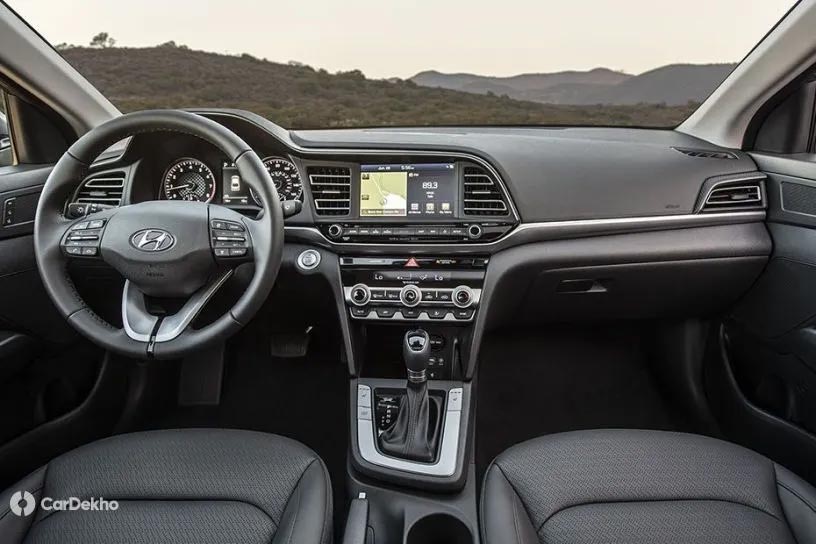 The interior of the 2019 Elantra is expected to be all-black, just like the current-gen model. A centrally mounted touchscreen that supports Apple CarPlay and Android Auto, wireless smartphone charging, steering-mounted controls, cruise control and ventilated seats are some of the features we expect Hyundai to offer in the upcoming sedan.

According to reports, the 2019 Elantra will be offered only with a petrol engine: the 2.0-litre motor from the current Elantra that makes 152PS of max power and 192Nm of peak torque. The only change will be that this motor will be BS6-compliant in the 2019 Elantra. Hyundai is mulling over skipping the diesel as the demand for the Elantra has been poor and people who do buy it prefer the petrol. A BS6 diesel engine should be introduced after April 2020. 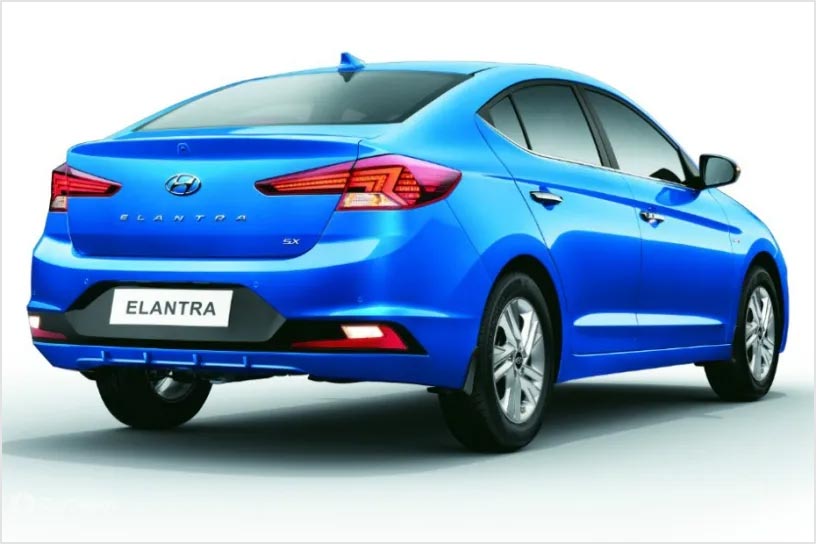 The current-gen Elantra is priced between Rs 13.82 lakh and Rs 20.04 lakh (ex-showroom New Delhi). We expect the new Elantra to command a similar price tag, though the top-end prices will go down as there will be no diesel on offer. Once launched, the facelifted Elantra will renew its rivalry with the Skoda Octavia and Honda Civic.