The 2019 Ducati Scrambler gets comprehensive updates! We tell you how different it is from its previous iteration 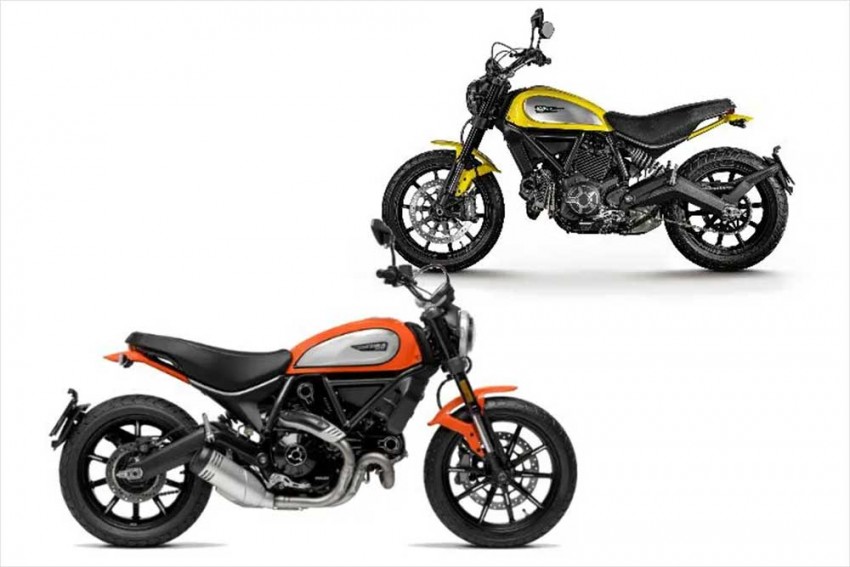 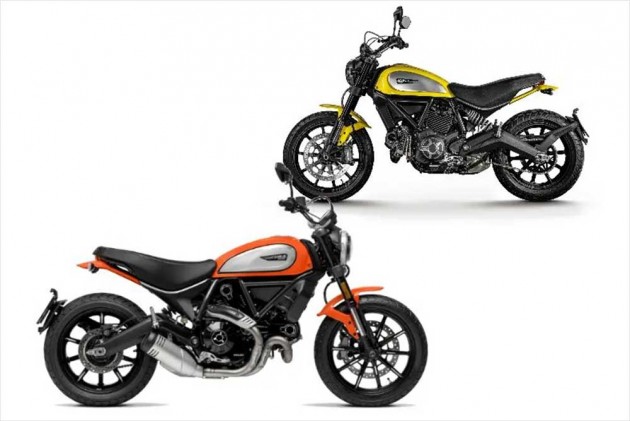 First showcased at last year’s INTERMOT, the new Ducati Scrambler gets a host of updates for 2019 that makes it vastly better and safer to ride than its competitors. Let’s take a look at them. 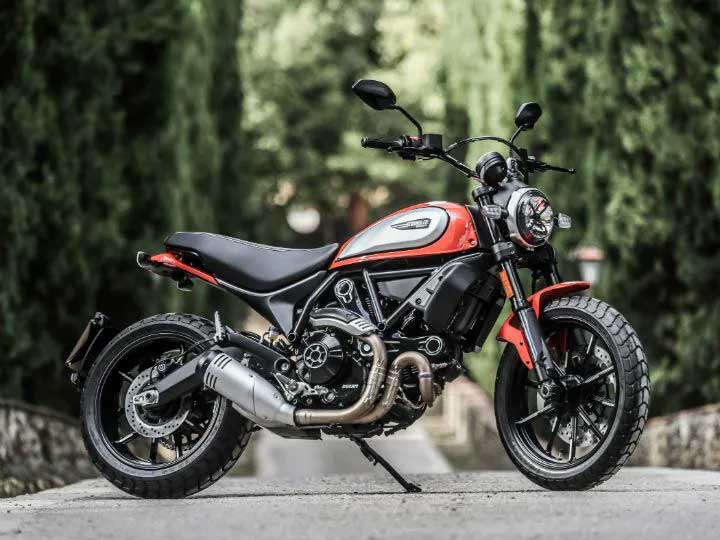 For 2019, the essence of the Scrambler remains unchanged but it gets enough design touches to differentiate it from its predecessor. For one, you get a new Atomic Tangerine colour that joins the traditional yellow. At the front, the headlamp retains its round shape but features new a lens that has an ‘X’ integrated into it. The turn indicators are LED now. On the fuel tank, you have aluminium panels that can be swapped for different looks. On the now black-finished cylinder heads you get machined-finished cooling fins, machine-finished aluminium engine belt covers and exhaust muffler covers. While the previous-generation Scrambler came with 10-spoke cast aluminium wheels, for 2019 you have machined aluminium wheels lifted off the larger Scrambler 1100. 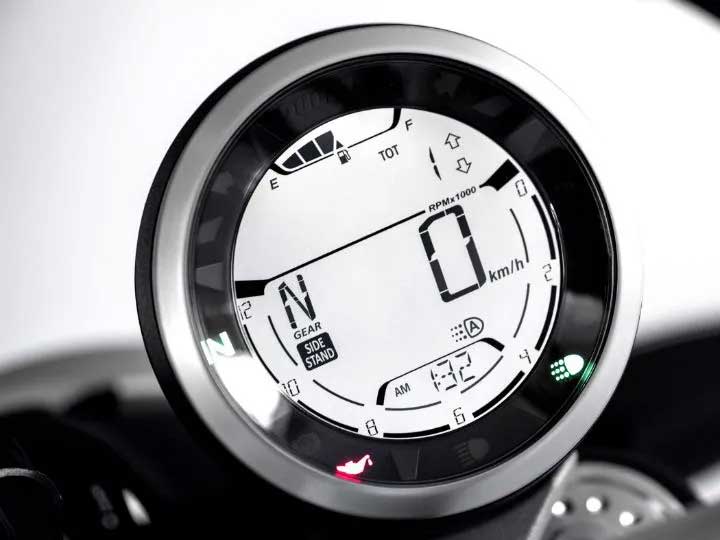 Like its predecessor, the 2019 Scrambler also gets the offset-mounted single-pod instrument console. However, the digital layout is more comprehensive now. It gets a large gear position indicator and fuel gauge. The new console is compatible with Ducati Multimedia System (DMS). Standard on the Multistrada 1260 range. This infotainment system comes with Bluetooth connectivity, allowing the rider to receive calls via the handlebar switch. You can also toggle through music and get navigation directions. This feature will, however, be an optional extra. For 2019, the Scrambler also gets new switchgear and adjustable levers. You also get a hydraulically actuated clutch master cylinder that replaces the previous cable-operated one and should reduce clutch lever effort by quite a bit. 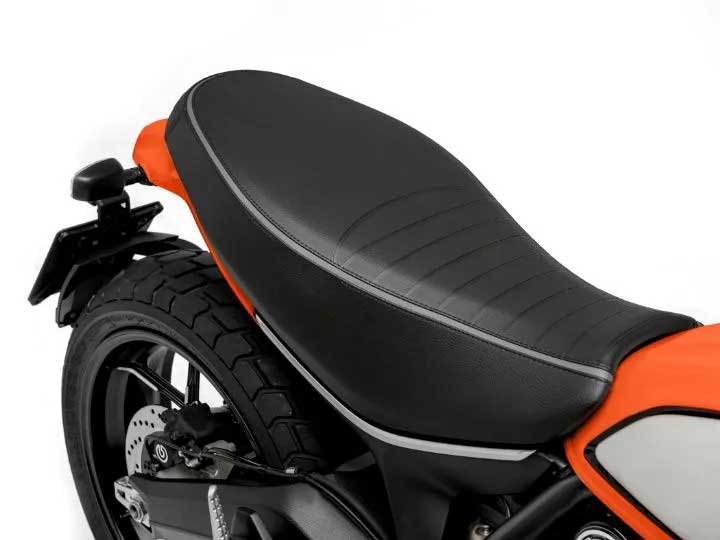 The first-generation Scrambler was criticized for its hard seat. Ducati seems to have taken note of the criticism and the 2019 Scrambler gets a reshaped seat that is wider and has more comfortable cushioning. 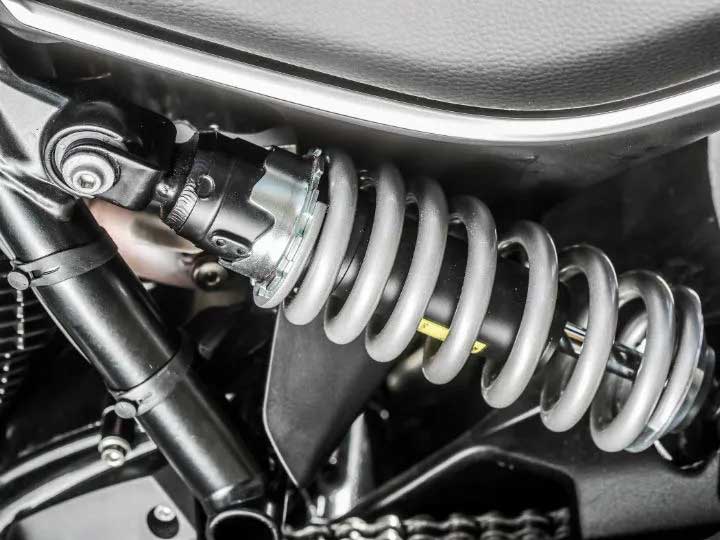 It gets new Kayaba suspension with the front forks getting hydraulic bump stops and rear monoshock getting a new spring. This new suspension is set up for a more pliant ride and should offer a more comfortable ride experience. 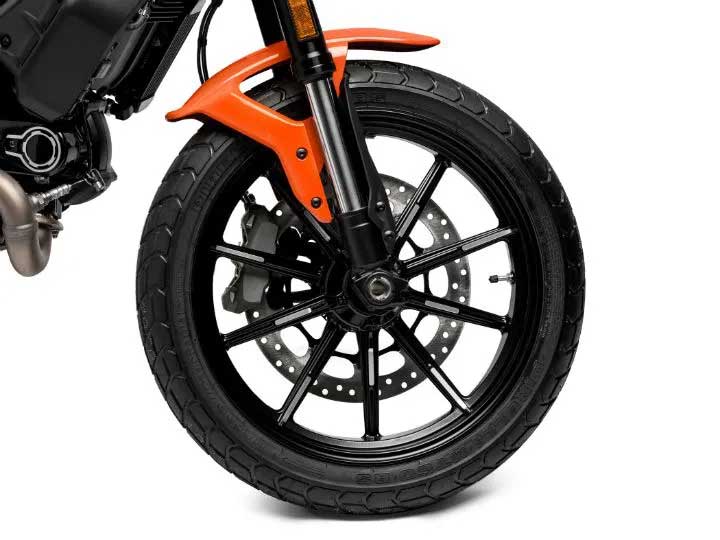 While the first generation Ducati Scrambler got dual-channel ABS, the new one has Bosch 9.1 MP Cornering ABS as standard. This IMU-assisted ABS senses lean angles of the bike and calculates the level of brake intervention accordingly. This technology has been seen on high-end sportsbikes and street nakeds. It is highly commendable to see this technology feature in Ducati’s entry level bike. 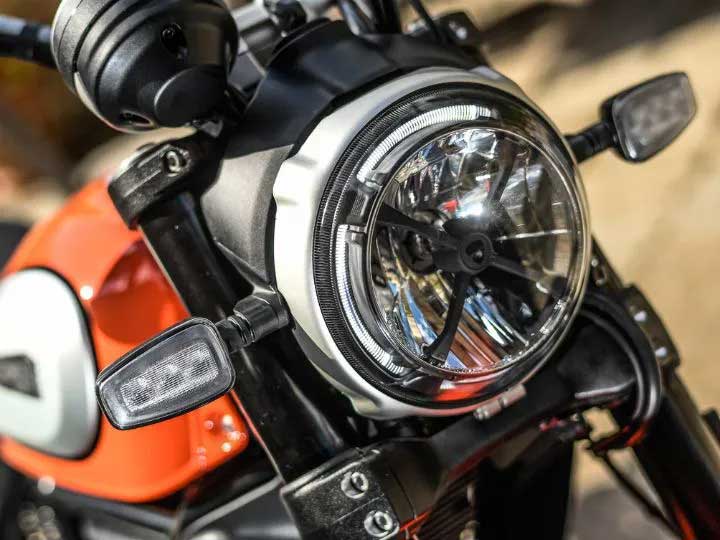 With the update, Ducati has not fiddled with the original essence of the Scrambler but instead made it safer and easier to live with. The 2019 Scrambler is expected to launch with an expected Rs 60,000 over the current retail price of Rs 7.23 lakh (ex-showroom Delhi). We have ridden the 2019 Ducati Scrambler in Thailand and for a better perception of what to expect, stay tuned for the ride review.