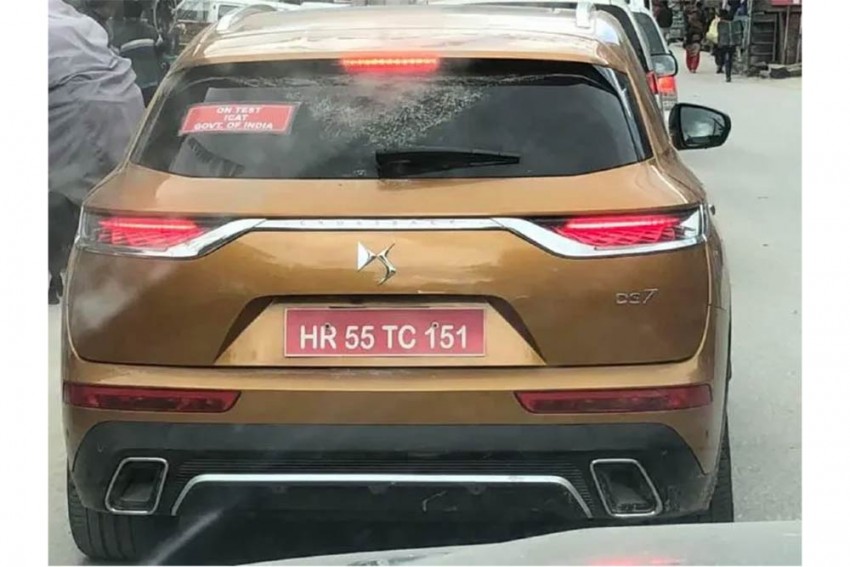 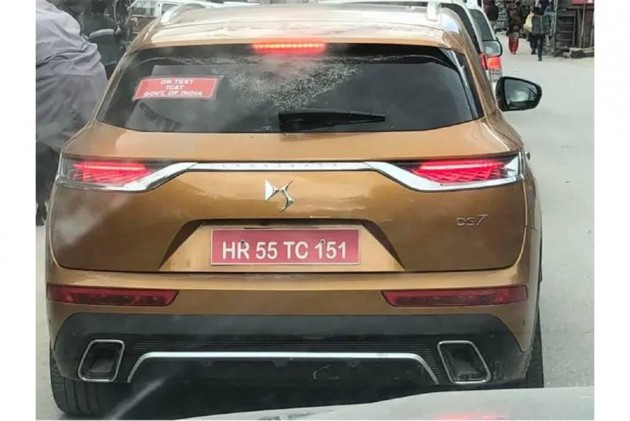 French conglomerate PSA Group is all set to enter India with the Citroen C5 Aircross. But that’s not the only SUV headed for India from the French carmaker. It looks like Groupe PSA is planning to bring the DS 7 Crossback SUV as well. While the SUV has been spied on our soil before, the DS 7 Crossback was spotted undergoing tests in high altitude conditions somewhere near the Himalayas. The DS name comes from a luxury car that was built by Citroen from 1955 to 1975. In 2009, the DS name was turned into a luxury sub-brand of the Citroen group and by 2014, the brand became a standalone marque. The DS 7, which debuted in 2017, was selected as the wheel of choice for ferrying the French President. The DS 7 Crossback features a set of sleek LED tail lamps that are connected to each other by a chrome strip. The chrome strip also houses the ‘Crossback’ insignia in it. The number plate is housed on the bootlid and the DS 7 features a sporty bumper with black cladding. It also features what looks like faux exhaust vents on either side. While the images don’t reveal the front end, previous sightings have given us a glimpse of the Crossback’s large honeycomb grille which houses the DS logo. It also gets a dash of chrome that we Indians love. Flanking the grille are a set of sleek headlights that are likely to be all-LED units. Underpinning the DS 7 will be the PSA group’s EMP2 platform, which is the same platform the C5 Aircross uses. Being a premium SUV, the DS 7 will go up against the likes of the Audi Q3, BMW X1 and the Mercedes-Benz GLA. And from the looks of it, the DS 7 will be bigger than its competition. Have a look at the table below:

Based on the specifications of the UK-spec model, the DS 7 will not only be the largest in its segment, it will also come with a variety of petrol and diesel engine options. In the UK, the DS 7 gets two petrol and diesel engines on offer. The former consists of a 1.2-litre petrol engine with a 6-speed manual and a 1.6-litre petrol with an 8-speed automatic transmission. Oil-burners include a 1.6-litre diesel with a 6-speed manual or an 8-speed automatic and a 2.0-litre diesel with an 8-speed automatic. We expect the 174PS 2.0-litre diesel AT and the 178PS 1.6-litre petrol AT to make its way here. A plug-in hybrid variant is set to be introduced in international markets later this year. Producing a combined output of 300PS, the hybrid variant can cover 64km on pure electric mode.

We expect the DS 7 Crossback to come to our after PSA Group introduces the Citroen C5 Aircross in 2020. When launched, the Crossback is expected to be priced between Rs 35 lakh to Rs 40 lakh (ex-showroom). The DS 7 Crossback will take on the likes of the Audi Q3, BMW X1 and the Mercedes-Benz GLA.