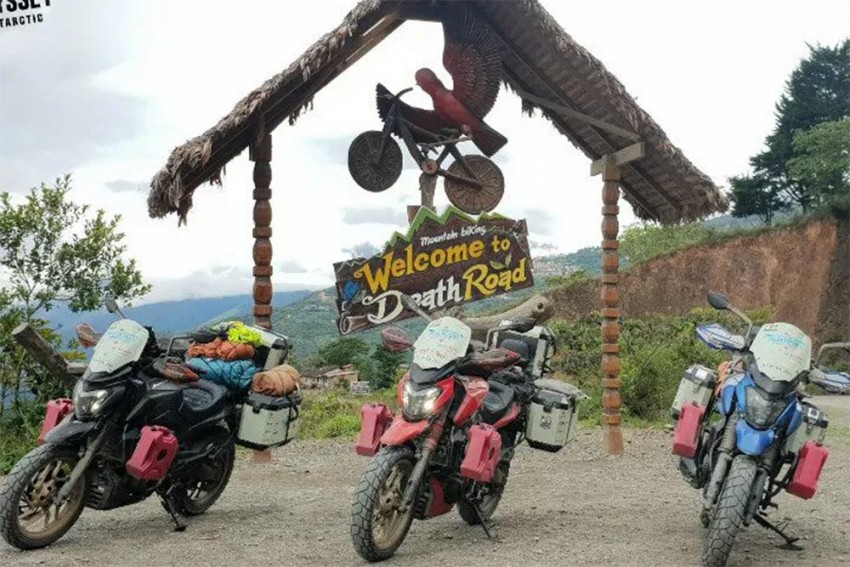 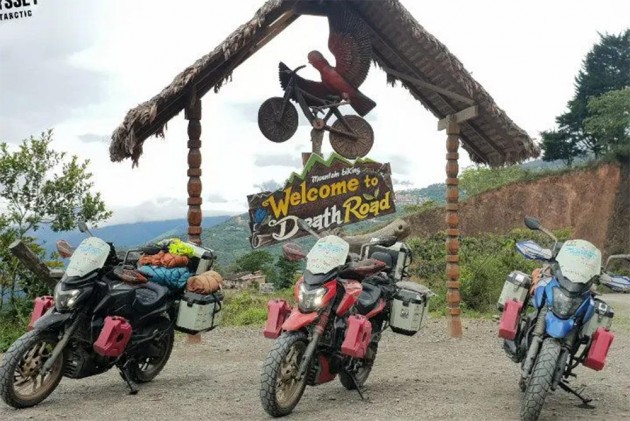 The Bajaj Dominar 400 (previous-gen model) is probably one of the first motorcycles in the world to complete a gruelling 51,000km cross-continent ride, which started from the Arctic circle and concluded in Antarctica. The ride was completed back in January this year. However, the company has released the official videos of the ride on its YouTube channel, which you can check out here. Just to give you a quick roundup, here’s what the ride was all about.

Deepak Kamath who led the team has over 30 years of riding experience. Other team members included Avinash PS, a mechanical engineer by profession and Deepak Gupta, a member of the Group of Delhi Super bikers (GODS).

To complete this ride in such a short time, the riders had to average more than 500km per day. To make the ride even more demanding, they were there on their own without any dedicated service support or back-up team whatsoever. During this journey, the riders had to cover some of the most dangerous roads in the world like the James Dalton Highway in the Arctic, the Dempster Highway in Canada, the Pan-American section of the Atacama Desert in Chile and the Death Road in Bolivia.

The motorcycle which helped them during this insane journey was the previous-gen Dominar 400. To make sure that the bike withstood all the different terrains, Bajaj had made some modifications to the bikes. For example, the motorcycles were equipped with a large windscreen, hand guards, all-weather tyres, jerry cans, panniers and an ADV-style beak. 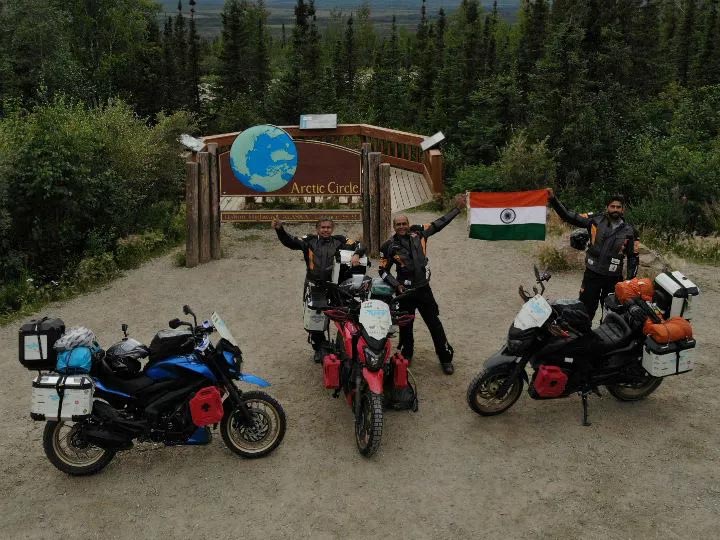 Here’s the official press release from the company:

The Bajaj Dominar has created history yet again by becoming the first Indian motorcycle to successfully complete the Polar Odyssey – a ride from Arctic to Antarctic.

Spanning 99 days, the Dominar Polar Odyssey covered the length and breadth of North and South America commencing from Anchorage to Tuktoyaktuk in the Arctic Circle and then all the way down to the end of the world at Ushuaia in Argentina, and then further in to the Antarctic! The entire Dominar Polar Odyssey was completed without any breakdown, with no dedicated service support or back-up team across all kinds of terrain, climate and conditions.

Some of the most dangerous roads in the world conquered by the Dominars:

The Polar Odyssey was taken up by three passionate riders - Deepak Kamath, Avinash PS, and Deepak Gupta. Deepak Kamath has been riding for over 30 years now and was the team leader of the Dominar Polar Odyssey. Avinash PS is a mechanical engineer by profession and an avid motorcyclist and photographer. Deepak Gupta is an active member of the Group of Delhi Super bikers (GODS).

Speaking on the occasion of the successful completion of the Dominar Polar Odyssey, Mr. Narayan Sundararaman, Vice President (Marketing - MC), Bajaj Auto Ltd, said, “The Dominar Polar Odyssey has been a man and machine partnership of epic proportions. Hats off to Deepak Kamath, Avinash PS and Deepak Gupta. The Dominar’s faultless performance over 99 days is a testament of its build quality and exceptional touring capabilities. Touring 51,000 KMs over some of the most unforgiving terrains and conditions on stock Dominars, without any major part change or a support crew, is an achievement that is truly outstanding”.