It seems that the new Grand i10 on test is an automatic version; note that this is not the top variant. 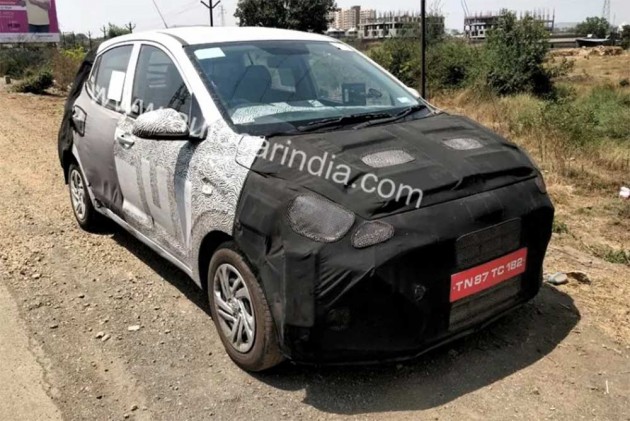 The 2019 Grand i10 has been spied testing yet again. While the older spy shots revealed details like turbine-like air-con vents of the new Grand i10, the latest spy shots give us an overall clearer view of the cabin.

While Hyundai still has the Grand i10’s interior under wraps, the basic layout consists of a floating touchscreen infotainment system sitting at top of central air-con vents. There is expected to be some parts sharing as well, including the new steering wheel. The spy shots also depict that the new Grand i10 will get a dual tone black-beige finish like the current model. It also features turbine-like front side AC vents, as we have seen on the Hyundai Santro and in the previous 2019 Grand i10 spy pics too. 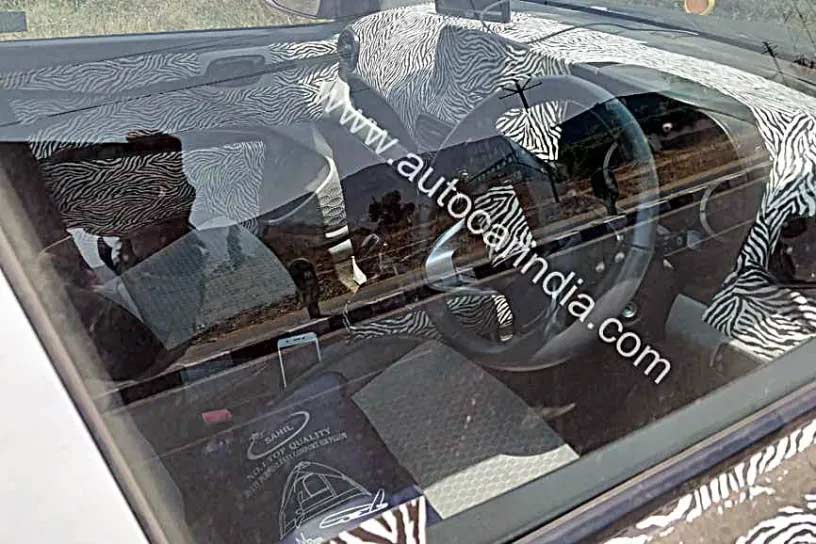 There are a lot of reasons for us to believe that the Grand i10 that has just been spied is not the top variant: there are no alloy wheels on offer, the interior door handles are done in black, the side turn indicators are on the body panels and not on ORVMs, and the interior gets a conventional key-in ignition and not a push-button start-stop.

Interestingly, the gear lever in the spied image looks like that of an automatic transmission; an indication that the auto ‘box won’t be on offer in the top variant, again?! 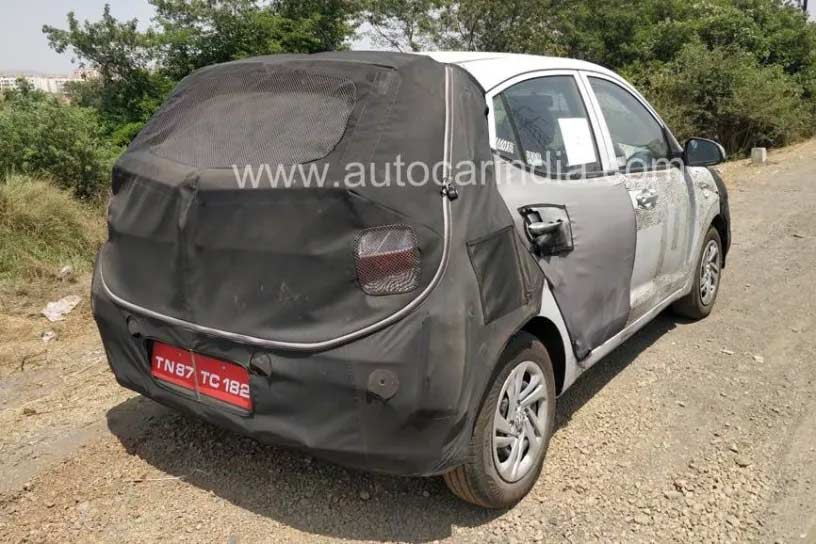 Talk of features and Hyundai might introduce the E-sim technology on the 2019 Grand i10. It will debut on the Hyundai Venue SUV and if this happens, the 2019 Grand i10 will become the first offering in its class to offer e-Sim technology. Other features are more or less expected to remain similar to the current model, so there will be dual front airbags, ABS with EBD, rear parking sensors, electrically adjustable and foldable ORVMs, touchscreen infotainment system with Apple CarPlay and Android Auto, auto AC with rear AC vents on offer.

Under the hood, Hyundai might offer the 2019 Grand i10 with the same set of petrol and diesel engines which power the current version. The Grand i10 is available with two engine options: a 1.2-litre petrol that makes 83PS of power and 113Nm of peak torque and a 1.2-litre diesel engine that is good for 75PS and 190Nm.

Both the engines are mated to a 5-speed MT while the petrol engine is available with a 4-speed AT as well. In the updated Grand i10, the 4-speed AT might be replaced by a 5-speed AMT, which was first introduced on the new Santro.

The new-gen Grand i10 is expected to go on sale by the end of this year. The prices are likely to remain similar to the existing model, which is priced from Rs 4.97 lakh to Rs 7.62 lakh (ex-showroom Delhi).