Bhuvi took 96 ODIs to reach the mark. He is the fifth slowest Indian to take 100 ODI wickets. 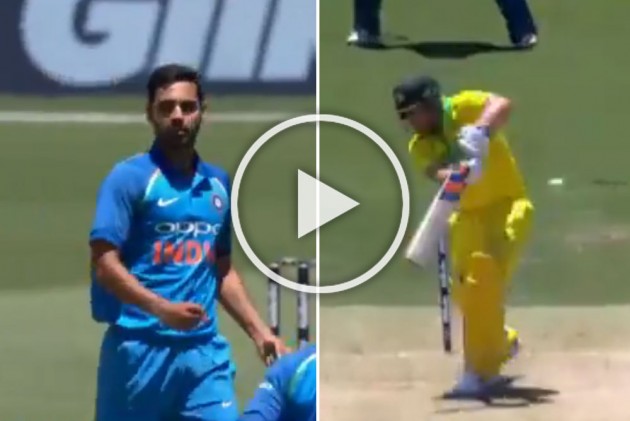 In the third over, a good-length delivery with a hint of swing breached through the defence of Aaron Finch. The Aussie skipper made six off 11 balls.

Bhuvneshwar Kumar picks up his 100th ODI wicket in style.

It happened off the second ball.

Earlier in the morning, Finch won the toss and opted to bat first.