Since the Audi Q7 Crash, Dr. Rawat has been missing from his house, which remains locked, and has not reported to work at Safdarjung hospital either. 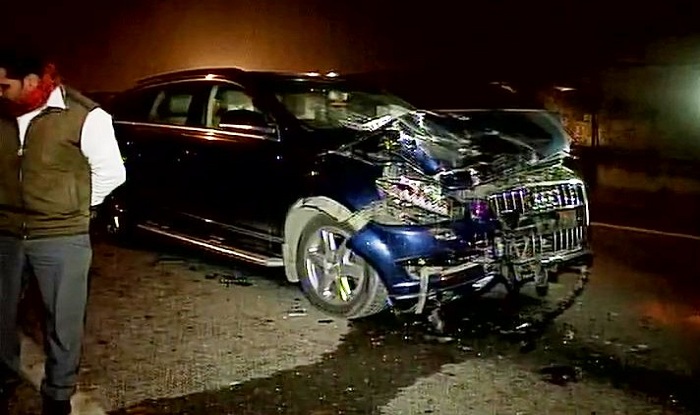 Four days after Ishaq Ahmed, the driver of Audi Q7 allegedly owned by Safdarjung Hospital neurosurgeon Manish Rawat, surrendered over a smash-up that killed four in an auto, police told Outlook they now suspect he might not be the real Ishaq Ahmad.

Deputy Superintendent of Police, Anil Yadav told Outlook that police have reason to believe that the man who filed the surrender application in the case was in fact not the driver of the car, or even the real Ishaq Ahemad.

“Our investigations have revealed that the man who surrendered might not be Ishaq and a wrong ID was used to identify him as the suspect,” says Yadav.

The accident, which took place on January 27, claimed the life of four people in an auto rickshaw when an Audi Q7 owned by Dr Rawat rammed into the rickshaw on the Delhi- Ghaziabad highway.

Dr Rawat has since been missing from his house, which remains locked, and has not reported to work at Safdarjung hospital either.

The man, assumed to be Ishaq Ahmad, was arrested by the Ghaziabad police after a handwritten notice by Dr Tiwari was sent to the police through a messenger claiming that Ahmad was the driver of the Audi and was driving the vehicle when the incident took place. Soon after, the court granted bail to Ahemad.

The police have started investigations into the incident, and ordered to collect samples of fingerprints as well as other particulars from the suspect, said SHO, Ghaziabad.

Police have sent notices to Ahmad and two others who stood as bailers --Suraj Tiwari of Bareilly, Ahemad's home town, and Mahinder Singh, a resident of Indirapuram.

The SHO said that a fresh notice was issued today to Dr.Rawat to appear in the station for investigations.

“If Dr Rawat fails to respond within three days, a case will be registered against him as well,” says the SHO.

Man Kills Live-In Partner, Boxes Up The Body, Buries It Deep In A Marble Tomb In The House