In stark contrast to second seed Roger Federer, who produced an error-strewn performance in defeat to Kei Nishikori on Sunday, Djokovic hit just six unforced errors and won 86 per cent of points on his serve, making a mockery of the apparent challenging nature of the playing surface. 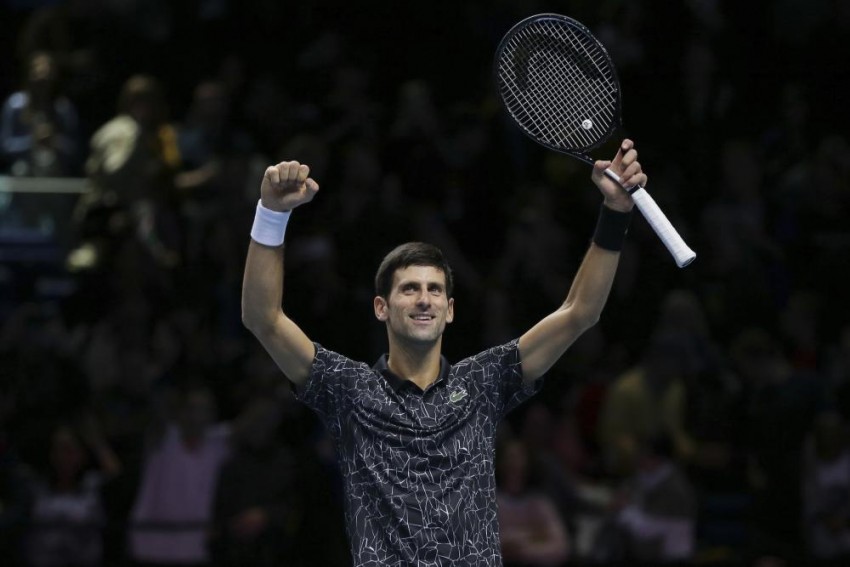 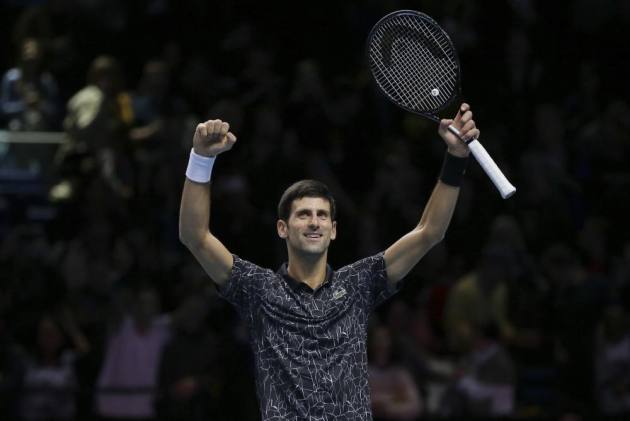 World Number One Novak Djokovic produced a virtuoso performance to toy with big-serving John Isner 6-4 6-3 to launch his bid for a record-equalling sixth ATP Finals title in London on Monday.

Earlier, in the same Guga Kuerten group, Alexander Zverev made it six consecutive wins against Marin Cilic in a contest at London's O2 Arena featuring scores of unforced errors.

Djokovic appeared little troubled by the howitzers coming off the giant Isner's racquet -- breaking his opponent three times and not conceding a single break point on his own serve.

In stark contrast to second seed Roger Federer, who produced an error-strewn performance in defeat to Kei Nishikori on Sunday, Djokovic hit just six unforced errors and won 86 per cent of points on his serve, making a mockery of the apparent challenging nature of the playing surface.

"The match was great, obviously," said the 31-year-old. "I had three breaks of serve of John which is sometimes mission impossible but I managed to be at the right place at the right time.

"I held serve well, I backed it up from the baseline, I played very solid and didn't give him many opportunities."

Speaking about the court conditions, he said: "It takes a little bit of time really to get yourself adjusted to the surface... it takes a lot of rotation, takes a lot of spin. When you serve well, also it accelerates through the court."

With Cristiano Ronaldo watching on, the top seed broke Isner in the fifth game of the first set to establish a stranglehold and never looked like allowing the American eighth seed back into the contest, breaking twice more in the second set to win in 73 minutes.

The Serb is a red-hot favourite to draw level on six titles at the season finale with Federer, who faces an uphill task to reach the semi-finals after his loss in his first round-robin match.

Djokovic, who replaced the injured Rafael Nadal at the top of the rankings last week, has stormed up the charts this year following elbow surgery and a period of indifferent form, winning Wimbledon and the US Open along the way.
Since the start of Wimbledon, he has now won 32 out of 34 matches.

The 30-year-old Cilic, who has a reputation for faltering under intense pressure, broke first but the German hit back, going on to edge the tie-break.

In the second set, the Croatian again drew first blood but third-seed Zverev, 21, responded immediately and dominated the tie-break to seal the match.

There were a total of 78 unforced errors in the contest -- with Australian Open finalist Cilic hitting 46 of those -- as both players struggled to adapt to the court conditions.

"The court is difficult," said Zverev. "The court is very fast. And it's very high-bouncing as well. So, it's more difficult than in other tournaments, so everybody has to kind of find their rhythm in the first match. "

The ATP Finals are contested by the eight players who have accumulated the most ranking points over the season and is in a round-robin format, with the best four players reaching the semi-finals.