They want “badla” for crackdown, deaths and police cases on reservation protestors in Haryana. 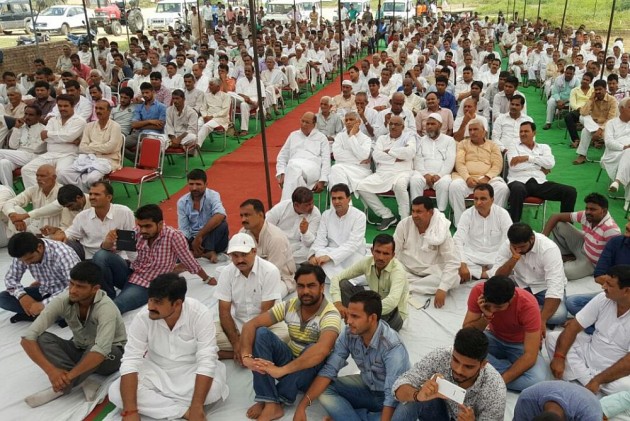 The Jats of Haryana and western Uttar Pradesh are flexing their muscles to wreak vengeance against Prime Minister Narendra Modi by campaigning against Bharatiya Janata Party (BJP) in the 2017 state elections.

They are motivated by their anger against Haryana Chief Minister Manohar Lal Khattar, under whose watch there was a crackdown on the Jat agitation for reservations, which had spiraled out of control in February.

Another reason for their anger is the death of several pro-reservation protestors in the police firing and the police cases registered against the community.

Ajay Singh, the president of All India Jat Mahasabha, said: “The Jats of UP (Uttar Pradesh) are dying for the date of elections to be announced so that they can get back at the party which backs the Haryana government”.

“They will campaign against the BJP. This has been decided at the grassroots—it will become a much more powerful movement as soon as election dates are announced,” he said.

The community, which has a strong presence in 19 western UP districts and holds the key to 90 UP assembly seats.

The Jats of Haryana, who have clan ties and family connections in UP, are crossing the Yamuna with their messages for the villages of western Uttar Pradesh. They are bringing with them a well-oiled campaign that directly asks the Jats not to vote for the party.

One of slogans of the campaign is ‘Narendra Modi Jat virodhi, Narendra Modi kisan virodhi’, accusing the Prime Minister of being anti-Jat and anti-farmer.

Many such slogans are being mass-circulated on WhatsApp and social networking web sites, some of which tell the Jats that they would be “blind” if they vote for the BJP in 2017.

Jat leaders are also bringing from Haryana into UP the narratives of Jat families whose members fell to bullets during the agitation. They hold chaupals, or village meetings, and larger public rallies attended by hundreds and sometimes thousands.

Photographs of “martyrs” of the Haryana agitation are prominently displayed at these meetings, while their family members give speeches. Some sessions end with attendees being told to raise both hands and take an oath of not voting for the BJP.

Chaudhary Pushpendra Singh, the president of Jat Aarakshan Mahasabha, says the BJP will not find the Jats by its side as the strong ally of 2014.

“The BJP sees that the route to 2019 national elections is through UP but we are boycotting them in 2017. PM Modi and (BJP president) Amit Shah promised us reservations. Instead, twenty died in Haryana and many face police cases. Now, we tell Jats to vote for anybody—but not BJP.”

The Jats in the two states are donating large sums of money for the families of those who died in the agitations and to mount the legal defenses for those arrested. Their key demand, however, is to secure reservations and reverse the decline in farming.

Such meetings have been held in several towns of western UP, including Shamli, Mathura, Bijnor, Delhi, Muzaffarnagar, Bulandshehr and Fatehpur Sikri. Fresh meetings are scheduled to be held in Aligarh, Mathura, Meerut, Moradabad and elsewhere.

Some groups are also approaching other castes and attempting a consensus around a Jat-led alliance with the Dalits and Muslims, whose foundations are tenuous since the 2013 Muzaffarnagar riots.

“Without the Jats the BJP’s Hindutva card will not work,” says Yeshpal Malik, who has held meetings in recent weeks and has planned a fresh round startingNovember 6 in Meerut.

“From Lakhimpur Kheri’s Sikh Jats to the Hindu and Muslim Jats of Muzaffarnagar, we are spreading the message to all that they should vote together for any party but the BJP,” he said.

In western UP, the Jats constitute 10 to 30 per cent of roughly 50 assembly constituencies while Muslims are around 30 per cent of the region. The ongoing conflict within the Samajwadi Party may push many Muslims to Mayawati’s BSP, and if so, Malik would encourage the Jats to follow them.

“If even half the Jats agree to our approach, our job will be done,” he said.