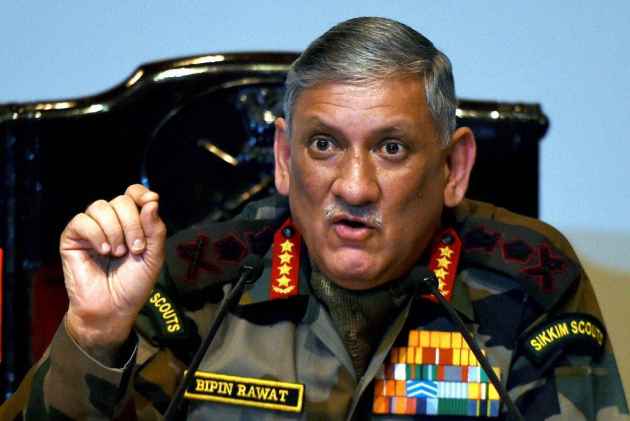 Army Chief General Bipin Rawat on Tuesday said Indian and Chinese troops had resolved an issue over the recent attempt by Chinese teams to build a road on the Indian side of the border at Tuting in Arunachal Pradesh.

Government sources said two excavators, brought in for road building activities by the Chinese teams, were returned on Saturday following an amicable resolution of the Tuting incident at a Border Personnel Meeting (BPM) between the two sides in Arunachal.

They said the Indian side had conveyed its concerns over the incident to China, which said that the teams had crossed into India by mistake and would no longer engage in such activities.

"The Tuting incident has been resolved," Gen. Rawat told reporters on the sidelines of an event, adding that a meeting of border personnel was held two days ago.

The Army chief also said there was a major reduction of Chinese troops in the Doklam area. Troops from the two countries were engaged in a 73-day long standoff in Doklam in the Sikkim sector last year.

On December 28, Indian troops had foiled attempts by Chinese road building teams to build a track around 1km inside Indian territory in Tuting, government sources had said.

They had said the civilian teams went back when confronted by the Indian troops, but left behind two excavators and some other equipment.

"The two excavators were returned to the Chinese side following the BPM on January 6," the sources said, adding that India's objection to the incident was conveyed to China.

In an address at an event on modernisation of the armed forces, Gen. Rawat said future wars would be fought on difficult terrains and circumstances and the forces would have to be prepared for them.

His comments were seen as an apparent reference to China.

Days after the end of the Doklam standoff, the Army chief had said India should be prepared for a two-front war, noting that China had started "flexing its muscles".

He had also said China was trying to take over Indian territory in a gradual manner, and cautioned the forces to guard against such attempts.

"Future wars will be fought in difficult terrains and circumstances. We have to be prepared for them," Gen. Rawat said.

He further said the armed forces needed major modernisation and that the country must fight the next war with indigenous solutions.

Gen. Rawat said the Army was ready to induct equipment and platforms made by domestic defence firms.