Some of the letters exchanged between the arrested activists spoke of planning "some big action" which would attract attention, the police said. 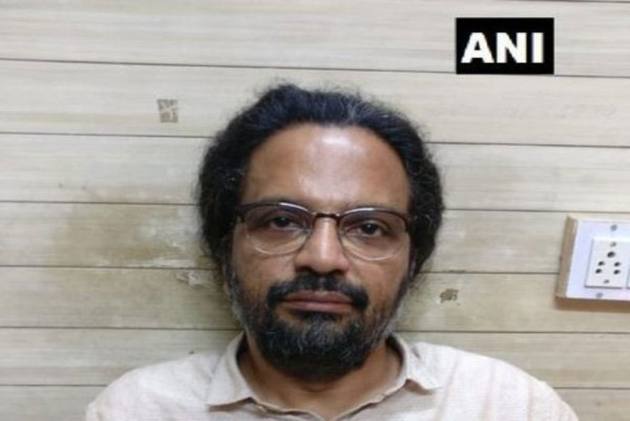 The Maharashtra police on Friday said there was "conclusive proof" to link the arrested activists to Maoists, adding a letter exchanged by an arrested activist spoke of planning a "Rajiv Gandhi-like" incident.

The letter also sought money for procuring grenade launchers, he said. The police have seized "thousands of letters" exchanged between the overground and the underground of Maoists, the officer said.

Some of the letters exchanged between the arrested activists spoke of planning "some big action" which would attract attention, Singh said.

"The letter written by Rona to Maoist leader "Comrade Prakash" said: We have received your last letter regarding current situation here. Arun (Ferreira), Vernon (Gonsalves) and others are equally concerned about the urban front struggle," he said.

"The letter also spoke of requirement of Rs 8 crore for annual supply of grenade launcher with four lakh rounds," he said.

The letter asked Prakash to convey his decision, Singh said. "Comrade Kisan and a few other comrades have proposed concrete steps to end Modi raj. We are thinking along the lines of another Rajiv Gandhi (assassination)-like incident," Singh quoted the letter as saying.

Some of the letters exchanged between the arrested activists spoke of planning "some big action" which would attract attention, Singh said.

Delhi University professor G N Saibaba was arrested in 2014 on basis of similar evidence, including letters, he said.

On the arrests of activists with alleged links to Maoists in June and earlier this week, the police officer said, "Police only moved to take action against these people when we were confident that clear links have been established between these overground activists and underground Maoists."

"The evidence in our possession clearly establishes their (arrested activists') links with Maoists, Singh said.

Information obtained after seizure of such letters and other items shows the involvement of "overground" Maoist cadres in planning subversive acts, he said.

The central committee of Maoists communicated with these activists through password protected messages sent via courier, he added.

After the Elgaar Parishad at Pune on December 31, a case was registered by police on January 8 about the event where hate speeches were delivered, he said. Most of them (who allegedly delivered the hate speeches) were associated with Kabir Kala Manch, he said.

"Our investigation revealed that a big conspiracy was being plotted by Maoist organisations and the accused were helping them to take their goals forward," Singh said.

On April 17, raids were conducted at six places, based on the information available, he said. The raids were videographed and there was proper "panchnama", he added.

On May 17, sections under the Unlawful Activities (Prevention) Act were evoked against the activists, he said.