Amarnath Yatra From Jammu Suspended Due To Non-Availability Of Pilgrims

However, the Budha Amarnath Yatra went smoothly with the fifth batch of 449 devotees leaving Bhagwati Nagar base camp for the mountainous shrine of Lord Shiva in Poonch district 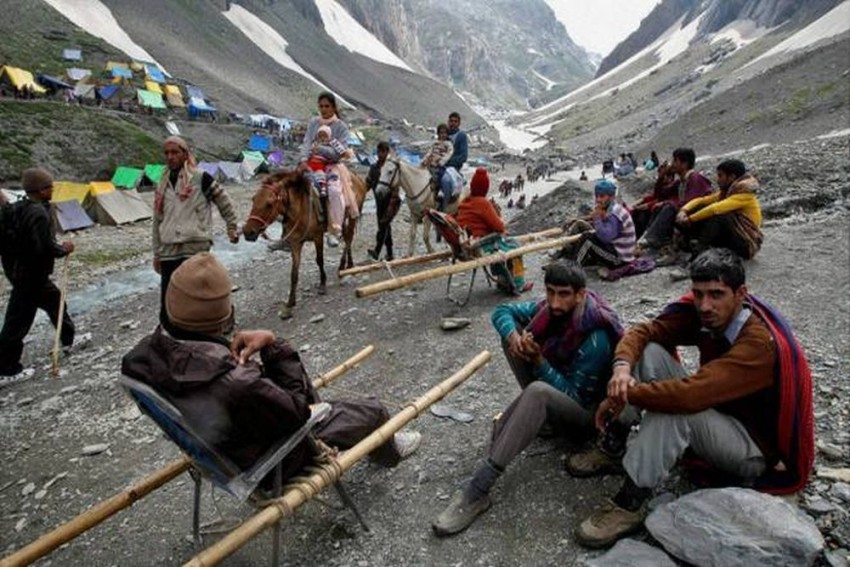 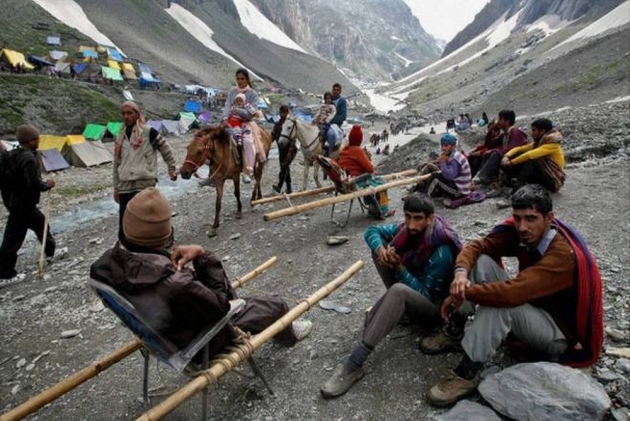 The authorities on Tuesday suspended the Amarnath Yatra  from Jammu  due to non-availability of adequate number of pilgrims, officials said, adding that it may be resumed depending on the arrival of pilgrims at the base camp.

However, the Budha Amarnath Yatra went smoothly with the fifth batch of 449 devotees leaving Bhagwati Nagar base camp for the mountainous shrine of Lord Shiva in Poonch district, they said.

On Monday, the smallest batch of 43 pilgrims left the base camp for Kashmir to undertake the annual yatra to the 3,880 metre-high holy cave shrine of Amarnath in south Kashmir Himalayas.

"No devotee arrived for the pilgrimage and accordingly it was decided to suspend the yatra from here for the time being," the officials said, adding in case the pilgrims again arrive at the base camp for the yatra, it will be resumed to facilitate them to pay obeisance at the shrine before the conclusion of the pilgrimage on August 26.

The 60-day pilgrimage commenced from the twin routes of Baltal and Pahalgam on June 28 but over the past fortnight, the arrival of devotees recorded a sharp decline owing to the early melting of the naturally formed ice-shivlingam at the shrine.

Till Monday evening, as many as 2,83,140 pilgrims had visited the cave shrine since the commencement of the yatra which entered into the final phase yesterday with the joining of the "Charri Mubarak" (saffron robed holy mace of Lord Shiva).

The holy mace was taken from its abode in Srinagar to Pahalgam by a group of Sadhus yesterday and after a night halt, the onward journey started on Tuesday.

It is scheduled to reach the cave shrine on August 26, marking the conclusion of the pilgrimage.

Meanwhile, the fifth batch of 499 pilgrims including 72 women left the Bhagwati Nagar base camp here for Budha Amarnath shrine in mountainous Poonch district this morning, the officials said.

The 10-day yatra was going on smoothly and so far over 7,000 pilgrims had paid their obeisance at the shrine, they said, adding the yatra is also scheduled to conclude on August 26, coinciding with 'Raksha Bandhan'.