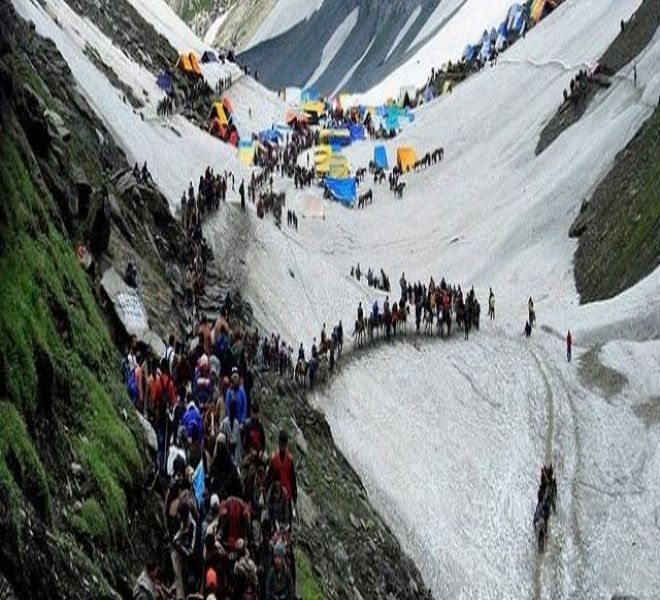 Three pilgrims were killed in a landslide, even as another died due to cardiac arrest, taking the death toll during this year's Amarnath Yatra to 10, officials said on Wednesday.

A Delhi resident, Shailendra's (30) body was recovered by the rescue team from the landslide-hit area along the Baltal route of the pilgrimage on Wednesday, a police official said.

Bodies of two other pilgrims -- Jyoti Sharma (35) from Delhi and Ashok Mahto (51) from Bihar -- were recovered last night itself, the official added.

Five others -- two pilgrims and three ponywallas -- were injured in the landslide, which was triggered by heavy rainfall between Railpatri and Brarimarg on the Baltal route of the annual pilgrimage, the official said.

The Jammu and Kashmir police had yesterday said in a tweet that five people had died in the landslide. However, the police clarified this morning that the death toll in the landslide stood at three.

The police official also informed that a 60-year-old pilgrim from Gujarat, Naniben Parma, died due to cardiac arrest at the Panjtarni base camp last evening, adding that the body was taken to the Baltal base camp for further legal proceedings.

With this, the death toll in this year's yatra has gone up to 10.

The pilgrimage began on June 28 and is scheduled to conclude on August 26, coinciding with Raksha Bandhan.