All That Breathes | Delhi’s Black Kites, Two Brothers And A Film

'All That Breathes', a documentary by Shaunak Sen on the story of two Delhi brothers fighting to save the city’s black kites, is poised for a world premiere at the Sundance Film Festival 2022.

In the ruthless skies of Delhi, the hunter is often the hunted. Abundant black kites which are seen flying thick and fast in the skies drop to the ground, slashed by kite strings. Many die but some are fortunate to land upon the lab tables of Wildlife Rescue, a bird clinic run by brothers Nadeem Shehzad and Mohammad Saud in Wazirabad where 20,000 raptors have regained vigour and flight after treatment over the last 20 years.

Delhi-based filmmaker Shaunak Sen has been engrossed with the dedication of Nadeem and Saud - how they made the treatment of raptors a driving purpose for life. Sen’s documentary, 'All That Breathes', shot over months and scores of visits to the bird clinic will be shown at the Sundance Festival, 2022. The world premiere is on January 21.

“Ï don’t remember how many times I have visited the bird hospital, maybe a hundred times? I came across their story when I was looking for a subject to do a film about birds.  I chose to do this film on Nadeem and Saud because of their sheer sincerity. The essence of the film of course goes beyond and speaks about the interconnectedness of beings. There are many who romanticise man-animal conflict or environmental concerns – this narrative is far from that. It is a take on the dedicated work of the two, over years. It is also about how the birds, humans and everyone else are just part of the same space and the way they co-exist,” Sen told Outlook over a call from Denmark where he is adding last-minute touches to his documentary.

This is not the first time that Nadeem and Saud's story has been showcased, highlighted or talked about. They are often covered by the international media and are generously written on by the Indian ones. 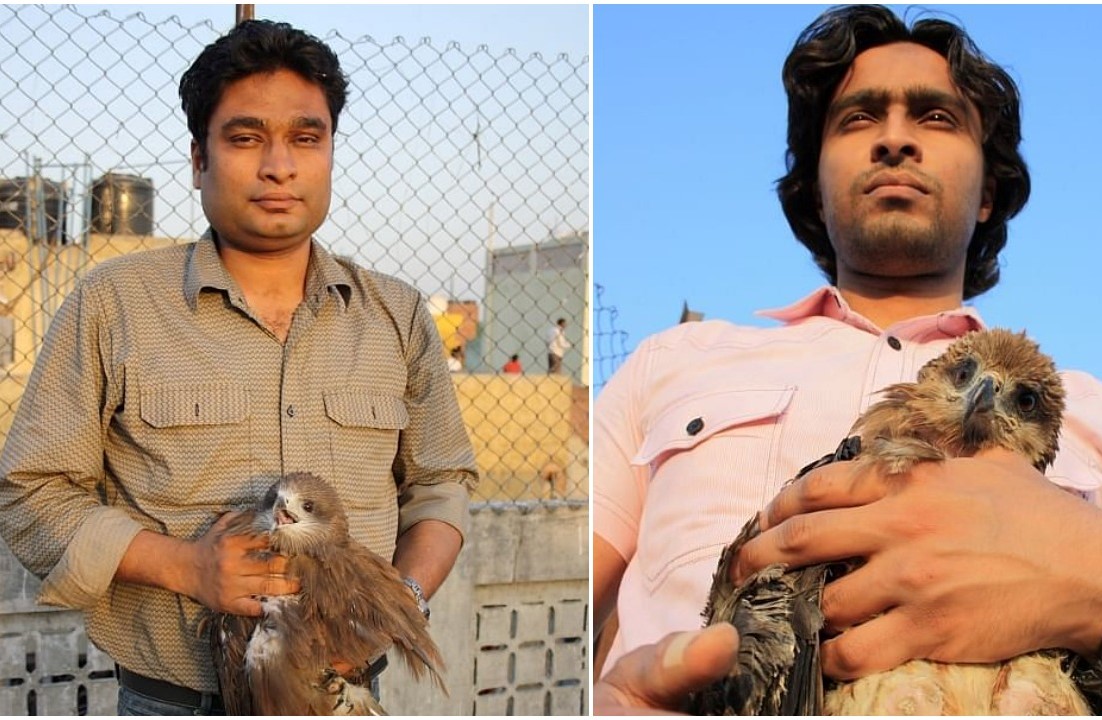 Despite this, the perils of manja continue to lurk. Manja – a variety of glass smeared kite-flying thread, is banned in Delhi but is still sold and bought. The birds continue to be sliced up mid-air. The bird hospital is full of its victims.

Neither Nadeem nor Saud is a trained vet – but both are thorough bird-medics. Injured raptors from near and far land up at their clinic for treatment each day.

The duo’s journey with curing birds began two decades ago when they realised that the largest bird hospital in the city doesn’t treat birds of prey. Raptors because they eat meat are often left to die. Being Muslim, this was not a problem for the two, and they turned it into a mission to save the city’s abundant black kites.

At Wildlife Rescue, the cages are full but the means are slim. “We run on funds and the budget is small – but we cut no corners in treating the birds,” said Nadeem.
In a year, they treat around 2,000 and return them to Delhi’s skies.

Saud too is hand on. "Ït’s one thing to treat other birds -- raptors are wild and restless,” he said.

The Black Kites find company in owls, falcons, hawks, eagles and more. Despite their famed ferocity, in Delhi, the kites are no longer hunters. Now they mostly scavenge from the Yamuna or the garbage dumps of Ghazipur. Nevertheless, they continue to thrive.

“There is no explanation when a calling is compulsive. One does what needs to be done,” said Nadeem about his long, consistent effort at healing raptors.

This spirit has drawn Sen to film them.

“I am drawn by the subject of the interconnectedness of an ecosystem — one that humans are a part of, not apart from. How man, animals share space and become part of the whole. It is a valuable story,” said Sen.