The group also threatened to burn down the auditorium, if she was not sent out of the venue, she claimed. 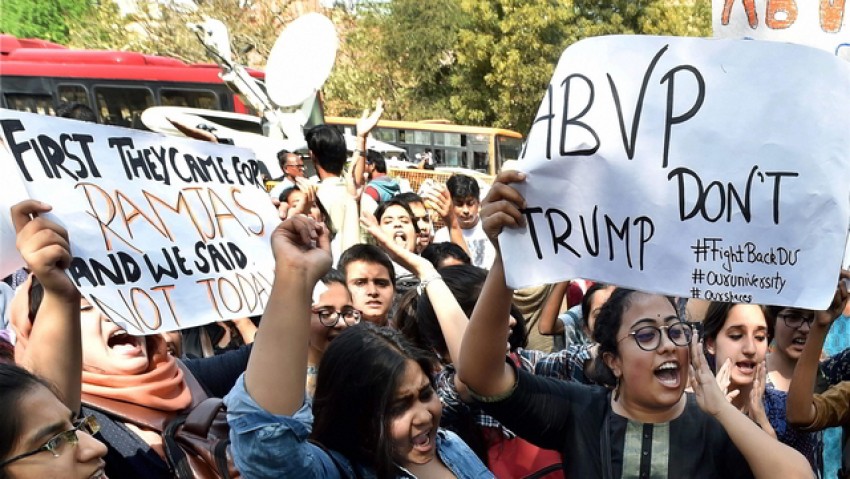 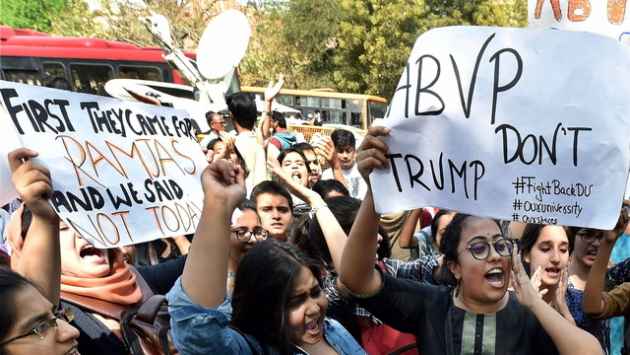 The Delhi University president of left-wing students' union AISA on Thursday alleged that a group of ABVP members "threatened to kill" her when she had gone to attend a discussion at the Satyawati College.

Right-wing ABVP dismissed the allegations levelled by Kawalpreet Kaur and instead, accused her of "trying to instigate" students.

A case has been registered under IPC sections for causing hurt, sexual harassment, wrongful restraint, criminal intimidation and insulting the modesty of a woman, on the complaint of Kaur, a senior police officer said.

"I had gone to Satyawati College this morning as a speaker for a talk on Digital Safety conducted by Google. When the talk was about to get over, many ABVP people gathered in the auditorium and started disrupting the event," Kaur said.

"They manhandled the professors and were after me. When the police came to my rescue, they (ABVP members) asked the police -- where are you taking her? We will take her life," she added.

The group also threatened to burn down the auditorium, if she was not sent out of the venue, Kaur claimed.

She said she had filed a complaint at the Bharat Nagar police station in this regard.

Meanwhile, ABVP member and the college's students' union general secretary, Kunal Yadav, said they were protesting against Kaur's presence in the college as the principal "had banned her entry" after she allegedly abused some students there a few months ago.

He also denied the charge of manhandling her. "She doesn't even have a scratch. She was not even touched by anyone."

"In fact, she pushed and verbally abused the students of our college. She was constantly trying to instigate the male students. A video footage released by us clearly shows how violent she became after which she had to be taken out of the auditorium by the police and college security guards," Yadav claimed.