The reaction came after Harmanpreet had said that she had "no regrets" in leaving out Mithali. 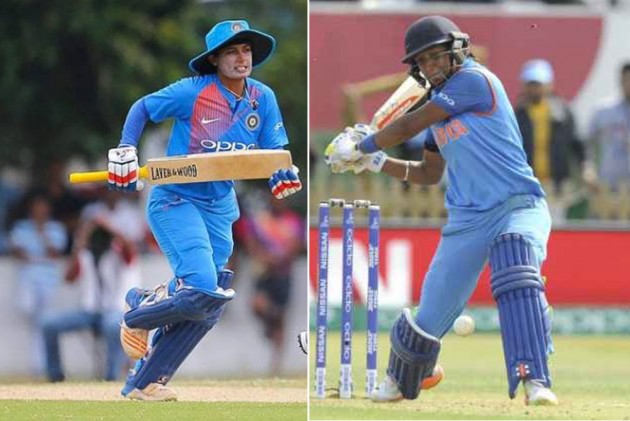 The decision to bench legendary Mithali Raj in the all-important ICC Women's World T20 semi-final against England, which India lost by eight wickets, has become a full-blown controversy with the former India captain's manager lashing out at skipper Harmanpreet Kaur.

"Unfortunately @BCCIWomen believes in politics not sport. After witnessing what @M_Raj03 's experience could do in IndvIre it's shocking that they went with what pleases @ImHarmanpreet -a manipulative, lying, immature, undeserving captain," Annisha's tweet read.

The unverified Twitter account from which the tweets were posted was deleted. But according to a report in ESPNCricinfo, Gupta had confirmed that the tweets were by her, and defended her statements by saying that the criticism came "from the right place".

"I'd like to say that I don't know what is going on on the inside but, now that the matches are being telecast, we can see who is performing and who is not," Gupta told ESPNcricinfo.

"There are statements coming out that they wanted to give younger cricketers a chance but you don't drop your senior-most, most experienced players in a semi-final against a country like England. It goes beyond giving the youngsters a chance."

Annisha's reaction came after Harmanpreet had said in the post-match presentation on Friday that she had "no regrets" in leaving out Mithali from the playing XI at the Sir Vivian Richards Stadium at North Sound in Antigua.

Mithali is India's highest scorer in the shortest format with 2,283 T20I runs. She played two matches in the tournament, hitting fifties in both the matches. But India opted to field an unchanged XI in the semi-final. In their final Group B match, India defeated three-time champions Australia without Raj.

On a pitch that demanded the technical acumen of Mithali, and where stroke play wasn't the easiest way to approach, the Indian team management's ploy of excluding the former skipper cost it dear, which was evident from the fact that the last seven Indian wickets fell for mere 23 runs before folding for a meagre 112.

Eventually, India not only lost the affair but also had to return home empty-handed.