After God of Big School Admissions Helped Her Sprog With Nursery Entry, It's Time For Prayers Again

In admission season, blessed are those who have holy trinity of Score, Core and More with them... 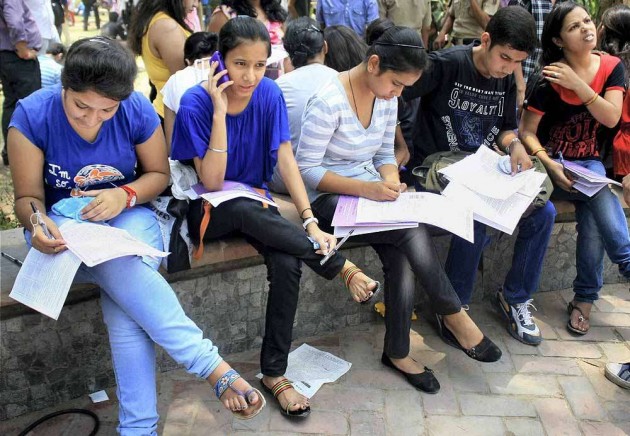 Many many moons ago when our daughter got admission to 'big school' at age 4, we were super happy. But of course, we realise now that we weren't appropriately ecstatic. We weren't mewlishly grateful to the universe and the powers that govern it and to the God of Big School Admissions for allowing our sprog into the hallowed portals of a recognised temple of learning.

This lack of true appreciation at our good fortune wasn't some false bravado on our part, not at all. If we had known how incredibly difficult school admissions actually are, we would have been wrecks through the process and delirious at the success of the mission. But as it happened, we are generally quite clueless and at that point in time, knew very few people with kids the same age, whose experience we could learn from. Therefore, we had very little idea that it is easier for a camel to pass through the eye of a needle than it is to get a 4 year old into any school. And I mean ANY school, even those that add International to their names and have to write the bodies that actually recognise their right to exist on their signboards right next to their names in abbreviated gibberish. (for example, St Chaitanya International,  (Recgd. by Cent. Govt, BSE, NSE & CBSE.)

Anyway, through sheer blind luck and through the kindness of the Patron Saint of Idiot Parents, our sprog managed to squeak her way into what we thought was a decent school which was close to our home. It also had the ONE thing I was looking for above all else in schools which is that it started at 8.30 am, not 5 am like most schools seem to, which meant that I didn't have to roll out of bed at midnightin order to get her ready for it.

The school orientation was our first encounter with the school and the earnest of parents (this is what the collective noun of school parents is known as - an earnest.) (OK, I made it up, but it fits perfectly, don't lie) The orientation was enormously helpful, in that it managed to disorient us completely. That's when we realised that practically every other parent had got the parenting memo, the one we missed. The one that lays out the central tenet of good parenting - the one that says that getting your kid into the RIGHT school will pretty much determine how your child's life eventually plays out. (It also details a list of 3698 things you should look for in a school, and the fact that it starts at 8.30 am to enable you to loll in bed for longer hasn't made the list, just saying.)

Appropriately chastened, we made sure we approximated some parental anxiety when it was our son's turn for admission four years later and were suitably manic in our celebrations when he got into the same school as his sister. And given that we now knew that this was in fact a good school, and was therefore the RIGHT school and would therefore guarantee that our children were set up for the Rest Of Their Lives, we decided that our primary duty as parents had been fulfilled and settled comfortably into our default parental daftness.

Because, as it seems to now be turning out, there ARE things you need, beyond having gotten into the right school, for admission to a college. Yes. Any college, even the ones that are known only as lout mills, that efficiently manufacture and churn out the sort of students who routinely gatecrash and ruin other college festivals and are arrested in incidents of "eve teasing" while on a trip to Khandala. And no, don't celebrate just yet - even the new fangled universities in the middle of nowhere, the ones that were farms being ploughed by oxen till day before yesterday - even those. And of course everything else that is capable of giving you any qualification beyond school leaving.

And what exactly do you need to be able to even get your ass through the door at any place of higher learning? The holy trinity of Score, Core and More, that's what.

So, Score is of course, perfect marks in all the beastly exams that have been taken over the years. Core is proof that there is an actual heart inside the exam taker, the bleedier the better. And More is of course everything else that can showcase talents outside the head and heart - all the tennis and art appreciation and karate and Tuvan throat singing that kids do today in lieu of having an actual life. And you apparently need all three to be able to legitimately and legally add a BA or BSc after your name.

And everyone knew this all along. Except us! Apparently, there is another beastly parenting memo about, which of course we have missed and which every other parent seems to have gotten. It’s the one that lays out the OTHER central tenet of good parenting - the one that says that getting your kid into the right college will pretty much determine how your child's life eventually plays out. And to get your kid into the right college, all you need is to first get your kid into the right school and then for the next decade and a bit make it your day job to get them the perfect resume. THEN, Bob's your uncle, because once they're in the right college, you can sit in bed in your pyjamas and eat jammy doughnuts all day because then your kids are set for the Rest of Their Lives.

Suddenly everything makes so much sense. For all these years, all those parents, the whole bleeding earnest of them who have been wittering on about tutors and exams while I have been eating potato chips! The classes that everyone has been driving their kids manically to, while ours have been lying around slack jawed, picking lint out of their belly buttons!! And of late, the wild eyed trips every child has made to Rwanda, to build hospitals and schools for the one legged, diarrhoea-ridden children of Rwandan sex workers!!!  They were all for college!!! And all the while, we have been swigging vodka  martinis and feeling smug that our children are already set up for the Rest Of Their  Lives, because we accidentally had the holy grail of admission to the right SCHOOL chucked in our lap !!

Oh I could weep - while her friends have all been manically preparing for college admissions, our incredibly sweet daughter has been lying on the couch and eating chocolate and wondering how to extract money from us for those cute winter boots she saw online. My heart breaks for the poor duck, blissfully unaware that without Score, Core and More, college may just be a hopeless dream ..

Given that its obviously impossible for her to retake all exams up until now, and given that every child of every sex worker in Rwanda is already appropriately fed and clothed by her own classmates, and given that all the Tuvan throat singing classes are booked up till 2023, I think that our only hope is the Patron Saint of Idiot Parents. I am praying feverishly that he will charge in and rescue us dramatically once again. (And this time, as an aside, I wont even mind whatever time the college my daughter manages to squeak into starts classes - after all I don't have to get her ready any more.)

Meanwhile if anyone else has any better ideas, please send them to me. I'll just be sitting around in bed in my pyjamas eating jammy doughnuts and shopping online for the cute winter boots my daughter likes. I might have to give her something in lieu of college, after all...

Did Snapdeal Rig Their Win-A-Smartphone Contest And Hand Out Phones To Their Employees?