After Dadasaheb Phalke, MSG Aka Ram Rahim Gets.... Ahem, Another Award 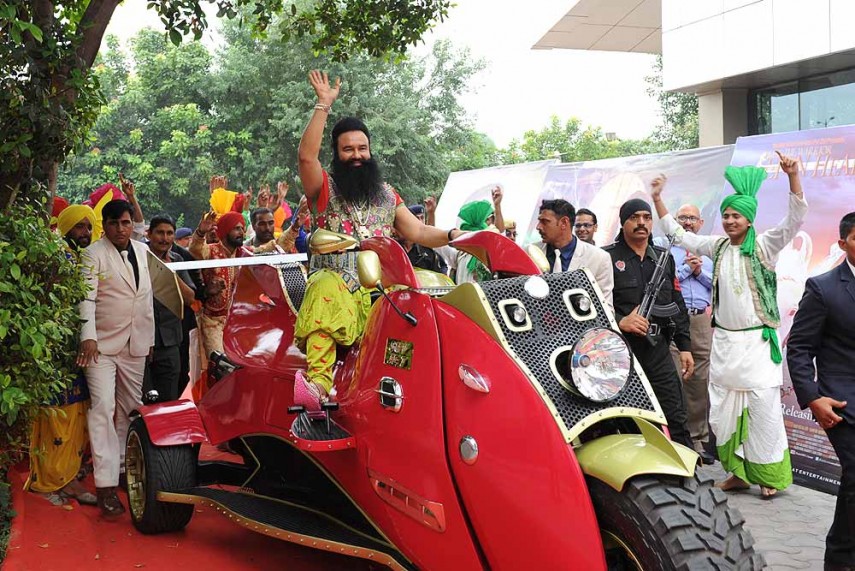 Dr. Gurmeet Ram Rahim Singh Ji Insan or as he would like to call himself, the 'messenger of god' received another award for best actor and most versatile persosnality (yes, you read that right) in the third 'Bright Awards' in Mumbai, for his film Hind Ka Napak Ko Jawab – MSG Lion Heart-2, sharing stage with Hrithik Roshan and Ranbir Kapoor among other Bollywood big shots.

Humbled to receive the Best Actor & Most Versatile Personality of the Year in 3rd Bright Awards. Dedicated to Shah Satnam Ji #ThankUForThat pic.twitter.com/2jPtF9nBmm

Don't doubt the authenticity of the award for a moment, for it was handed over to him by none other than Maharashtra Chief Minister, Devendra Fadnavis!

Last year, he was also bestowed with the prestigious Dada Saheb Phalke Film Foundation Award  in the category of most popular 'Actor & Director' for his 2nd Film MSG-2, sharing the coveted space with the likes of Manoj Bajpayee and Priyanka Chopra.

Dr. MSG Insan is a self proclaimed 'Spiritual Saint/Philanthropist/Versatile Singer/Allrounder Sportsperson/Film Director/Actor/Art Director/Music Director/ Writer/Lyricist/Autobiographer/DOP' if one has to go by his twitter account that is followed by 2.29 million people.

He has been the head of Dera Sacha Sauda, a socio-spiritual organisation that caters to social services, since 1990 and shot to fame with his first Bollywood movie, MSG: The Messenger Of God, in 2015.

He has also claimed to have worked for 43 departments for his latest film, from acting and direction to choreography and script writing as well.

It seems like the godman is unstoppable now, considering his  'sagacious' and let's say, kind of successful attempts at making movies and winning awards too!