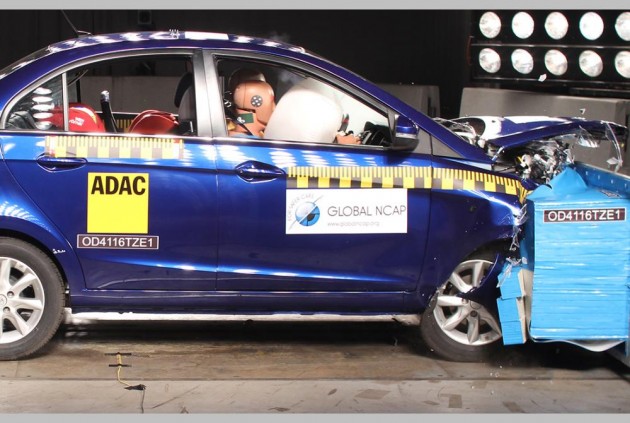 The Tata Zest has come out of a crash test with four stars.

The sub-4 metre sedan from the stables of the Indian-origin automaker was hurtled against an iron block to simulate a head-on collision at 67 km/hr, and the results say one’s chances of coming out alive are high, with a few bruises of course.

The crash test by Global NCAP (New Car Assessment Programme) was part of the Safer Cars for India campaign, in which they tested two models of the Tata Zest - a standard non-airbag version and an updated version of the Zest with dual airbags.

The results were obvious -- a zero-star rating for the non-airbag version and four stars for the car with two airbags and two pretensioners. 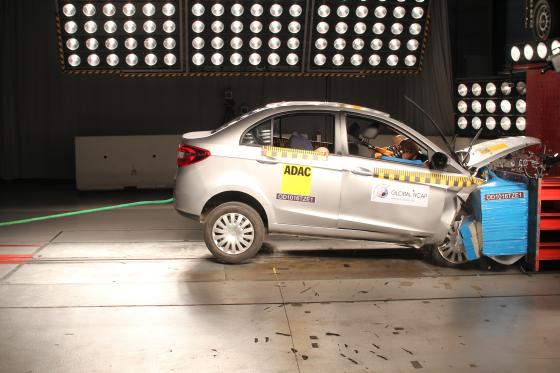 Then, Global NCAP offered Tata the opportunity to test another version of the Zest with more safety features.

“The Zest with two airbags and two pretensioners showed very substantial improvements and together with the seat belt reminder in the driver seat, the Zest achieved an impressive four star core in adult occupant protection,” said the agency.

David Ward, Secretary General of Global NCAP, says on their website: "Tata has shown how they can dramatically improve the safety of the Zest. It is encouraging to see a major Indian brand improving the safety of their models. We strongly encourage Indian consumers to opt for the much safer 4-star rated option. We also urge Tata to consider making the two airbag version of the Zest their basic model."

The agency reported that “Tata have announced that the improvements made to the structure will be brought to the entire vehicle range, for both airbag and non-airbag versions.”

But the agency has detected that the body shell of Zest is unstable, which could affect your chances during a crash in real world. The “shell was not capable of withstanding any further loadings.”

The safety index of airbag version of Zest was tilted more towards the shotgun rider.

The protection offered to the driver’s head was adequate due to bottoming out of the driver airbag but his chest was vulnerable.

And this time the car received 2 stars in rear child occupant protection.

The child seat for the 3-year-old child was unable to prevent excessive forward movement during the impact. The vehicle was equipped with a passenger airbag but it could not be disabled in order to prevent high risks of injuries when installing a rear-facing child seats.