Home  »  Website  »  National  » Opinion  »  A Triumph Only On Television
Opinion

A Triumph Only On Television

Sifting truth from hype is now a patriotic task. Look how the BJP's Assam win was pitched as an India-shaking success. 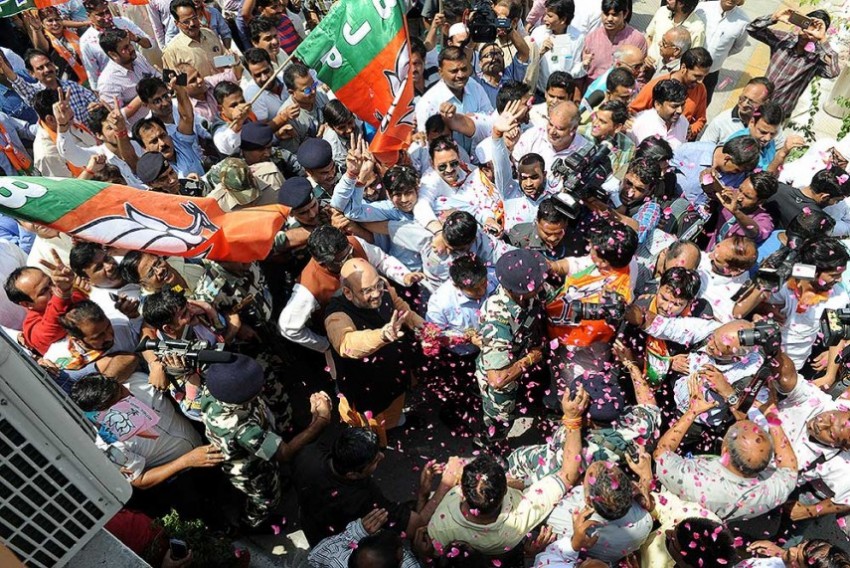 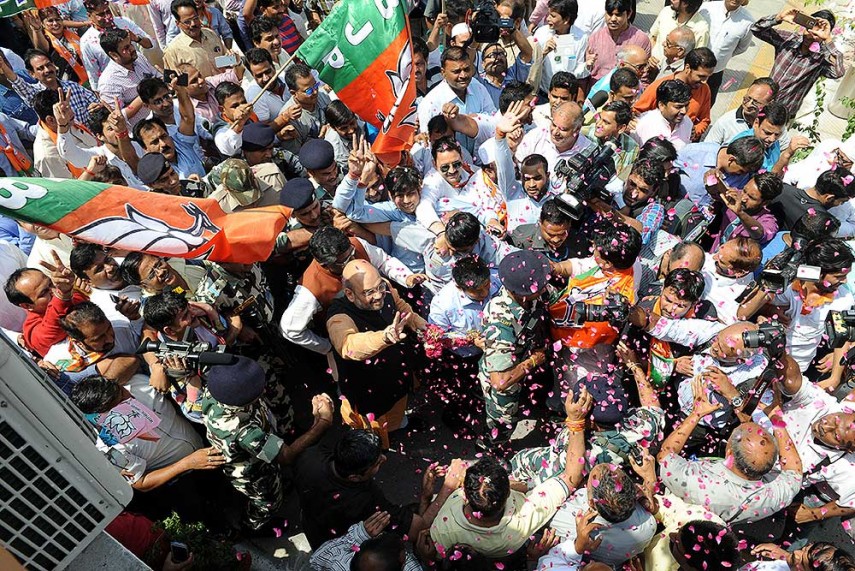 The trick of the times, clearly, is to bloat the least of the BJP's successes into an India-shaking phenomenon. Thus, does it matter that in Assam the Congress had been in government for 15 years and was by any reckoning due for rejection; never mind the fact that had that party borrowed an iota of the BJP's cunning and struck what might have seemed alliances-waiting-to-be-made, it could well have got a fourth term in office? Or does it matter that even now the Congress has a higher vote-share in Assam than the gloating BJP? Or that the BJP's "triumph" owes less to itself and more to some borrowed help from other parties, chiefly the Congress itself?

Not a moment has been lost by political pundits to attribute the loss of the Congress in Assam to the dynastic infirmities of the party. One swallow, we are to understand, makes a drastic bad summer for the Congress. And never mind the successes of the quite recent past. Here is a thought. The clutch of corporate owners and their spokespeople who wish to see the BJP continue in office for yummy material reasons but are simultaneously embarrassed and irritated by the social and cultural agenda of the RSS, which the BJP dutifully follows, do not quite as boldly recommend to the BJP that they sever ties with that wholly extra-constitutional and unelected centre of power even as they recommend to the Congress that it sever its umbilical allegiance to the Nehru-Gandhi family, never mind their record of services and sacrifices, or their honest-to-god recourse to electoral legitimacy. Sauce for the goose is not sauce for the gander, and the secular-democratic injunctions of the Constitution be damned so long as the golden egg is in sight, however imaginary that longing be.

You might say that having won Assam, the Modi government has solved the agrarian distress, lifted manufacturing, liquidated unaccounted wealth, enhanced exports by leaps and bounds, created jobs (records show that in 2015-16, the least number of jobs were created in the economy—1,40,000—as opposed to the promise of two crore jobs per annum)—indeed won all the other states that went to the hustings. The brazenness of the ruling party seems to infect the faces of corporate TV anchors off whom any good, even irrefutable, argument bounces back as a rubber ball from a brick wall. Such is the zeitgeist.

Even in the shameful shenanigans in Uttarakhand, such worthies on TV could find a way of putting the Congress in the dock, and never mind either the high court or the Supreme Court. Remind yourself of that magnificent passage in Shakespeare's Timon of Athens where we read how gold may turn one thing into another, including the most leperous untruth into a shining truth. One has more than small sympathy with what Sonia Gandhi said the other day: it is neither worthwhile nor lasting to build successes on unprincipled politics. Waiting in the wings are Punjab, Uttar Pradesh, Uttarakhand and Gujarat—none of which may go the BJP way. Do pause and think of that.

None of which is to say that reforms within the political culture of the Congress do not need to be hastened—some in drastic ways. State party organisations need to be handed back to leaderships who owe their credit to their work and standing rather than to any central endorsements of a feudal kind. They need to be encouraged to think that they may take on the central leadership in debate and argument as boldly as many used to take on Nehru without having to look over the shoulder.

Ideologically, the Congress needs to decisively get over the temptation to sometimes project itself as a cultural or economic clone of the BJP, taking a cue here from Sonia's consistently no-nonsense record of practice in these matters. The party has already shown that it is willing to acknowledge a collateral position whenever such a course of action helps the larger ideological imperatives of the republic. It must not fall prey to the fashionable view that smart technology and branded gimmickry can substitute for long-term and lasting political legitimacy. And every Congress member, spokesperson and opinion-builder must never lose sight of that which chiefly seeks to overthrow the letter and spirit of the Constitution, which alone guarantees the stability-in-plurality and the prospect of social and economic equity that drove the struggle for freedom.

What of the Left? One expects there will be intra-party sectarian brickbats waiting to be hurled at Sitaram Yechury for having let the workers and local leadership of the CPI(M) in West Bengal follow their best instincts in striking a grassroots understanding with the Congress. Predictably, the poor showing of the Left Front will be ascribed to that understanding. Blinkered and short-sighted, one is constrained to say.

The Congress has a shade improved upon its previous position both in terms of vote-share and seats won, but the Left has not. This may say something about the continuing presence or absence of grassroots political hold of the two formations in West Bengal. The Congress, in winning 44 seats from 80 or more contested, has struck a 50 per cent strike rate; that of the Left Front seems around 16 per cent. Can this have been the case simply because the Congress vote did not transfer to the Left Front? A highly gratuitous and self-congratulatory reading of the outcome methinks.

The sad fact may be that since the ouster of the Left Front in 2011, not only has the Left lost cadres by the droves to the Trinamool and, lately, even to the BJP, it has done visibly little to mount a political-ideological struggle to make up for what it has lost. Most of all, among its top leadership in West Bengal, an internecine confusion continues to reign about what policies to adopt vis-à-vis the land-utilisation question and the path of development to be taken in the state. Its inputs into any revolutionary reformulation of the health and education sectors remain in the womb of time. But, even as the Left remains a force in some regions, its worry must extend consistently to perpetuating a politics that does not only shore up its pockets of influence but also takes in the character of the state and polity on a nationwide scale.

Indeed, in the years before and since independence, it is this sort of role that has given to the Left a unique regard and credibility in the life of the nation. It would be highly short-sighted to look upon its raison d'etre in terms that seek to limit it only to electoral successes—crucial and necessary as these are. But to think that it would have performed better in West Bengal had it gone alone may not be more than an interested illusion. In the years to come, and as indeed the recent elections have shown, the greatest and most effective resistance to a centralised and fascistic hegemony comes, and is likely to continue to come, from strong regional political formations. The Left has a crucial role in ensuring that such formations do not ever succumb to supping with the devil.

In the days to come, responsible citizens who worry about the state of the republic and the secular-democratic Constitution in selfless and non-partisan ways must ascribe to themselves the patriotic task of sifting truth from hype and the substantial from the ephemeral. As to the fortunes of particular political formations, history teaches us to read the democratic process in more sophisticated ways than Mr Amit Shah might want us to.

(Badri Raina, a former professor of English, is a writer and poet.)

'Diversity Is An Existential Reality'