'A Possible Outline Of A Solution' 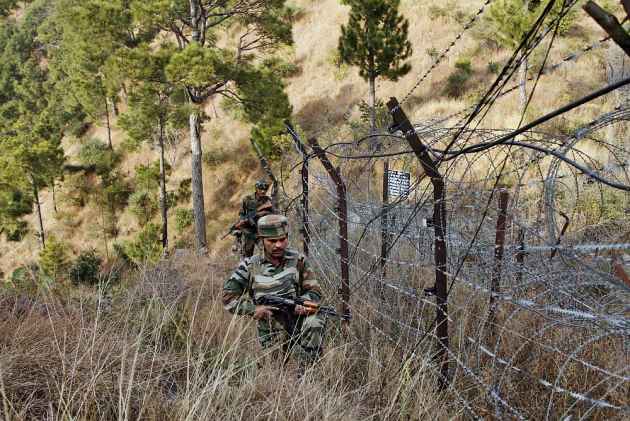 In 1947 when India became free there was simultaneously the process of Partition and integration. The modern Indian state was forged from British India provinces and hundreds of princely states. At the same time, a separate sovereign nation of Pakistan was carved out of India. The Kashmir issue is a product of the circumstances at the time of the birth of India, and the untenable foundation—discredited nearly 25 years later by the creation of Bangladesh— of Pakistan’s coming into existence in the name of religion. India’s position on Jammu and Kashmir is legally, politically and historically correct.

Yet, it has remained one of our major post-independence problems, contributing to three wars between India and Pakistan, decades of cross-border terrorism and violence, and incalculable sufferings for the ordinary people of Jammu and Kashmir. It has consumed enormous political, economic and diplomatic resources and remains to this day one of our national security preoccupations.

Therefore, successive Prime Ministers of India have made resolution of the Jammu & Kashmir issue a priority. Prime Minister Nehru’s initiatives culminated in the inconclusive Swaran Singh-Bhutto Talks in the early 1960s. Indira Gandhi’s efforts to seek a settlement through the Simla Agreement reflected recognition, even in the moment of decisive victory in the 1971 war, that a solution to the Kashmir issue was important for lasting peace and security. In a generational shift, Rajiv Gandhi tried to chart a new course with Benazir Bhutto.

As India reoriented its foreign policy in the post- Cold War world and economic reforms era, first Narsimha Rao, and later LK. Gujral in pursuance of the Gujral Doctrine, made serious attempts to improve Indo-Pak relations. Atal Bihari Vajpayee’s bold attempt to reset the relations in 1999 took place months after the nuclear tests by both the countries; his bus journey to Lahore highlighted the proximity between our two countries and the centrality of people to this relationship. Kargil did not dissuade him to engage its perpetrator in Agra, nor did the Parliament attack of December 2001 stop him from making another journey to Pakistan in January 2004 in search of peace and settlement. And, despite discouraging signals he continued with the back channel discussions on Kashmir.

Dr Manmohan Singh picked up the baton and turned it into one of his foreign policy priorities. His vision is rooted in India’s security, economic development and global aspirations, and in the transformation of a region that is central to India’s destiny. He has consistently advocated a solution that does not seek to redraw the border or amend the Constitution; but one that makes the boundary irrelevant, enables commerce, communication, contacts and development of the Kashmiri people on both sides and that ends the cycle of violence. In this regard, he appointed a Special Envoy to conduct back-channel-discussions with Pakistan.

Efforts made by India and Pakistan to seek a solution to the Kashmir issue have gathered momentum this century. It has been conducted quietly and without the knowledge, prompting and involvement of any third party. The process has survived and sustained itself despite brutal and high visibility assaults— from the Parliament attack to the embassy bombing in Kabul and to the Mumbai terror attack— and through political transitions in both countries. This progress was based on two pillars— respecting ceasefire along the Line of Control and a disavowal by Pakistan of the use of terrorism as a state policy allowing the use of its territory by non-state actors. These continue to be essential prerequisites.

I have had the privilege of working with six Prime Ministers of India on matters relating to Pakistan in the last 35 years. Each one of them had given priority to improving relations with Pakistan. At the highest level of the government, there has always been interest, readiness and resolve. This has helped us to move forward.

In view of past history, emotions, disagreements, violence, wars and failure of negotiations, it is not easy to specify the outlines of a solution. However, as the past six decades have clearly shown, the Kashmir issue cannot be settled by war, force or violence. A solution will also remain elusive if we keep harping on positions that have failed to resolve the problem in the past.

That is why we have to look for ideas that are practical, workable and acceptable. We can also learn some useful lessons from the Simla Agreement and Lahore Declaration.

Let me today venture to make some suggestions of a possible outline of a solution in my personal capacity.

A settlement will give the people of J&K an opportunity to seek a future defined by the bright light of hope, not darkened by the shadow of the gun. It will revive relationships and reunite families. The people on both sides will benefit from an integrated socio- economic development and the possibility of harnessing the enormous economic potential of the area, including its water resources. Connectivity within the region and 10 the world will improve. Investments will increase, tourism will prosper, trade will grow, handicrafts will thrive, the services sector will flourish and the youth will have more opportunities. It will unleash the full potential of a talented people of unmatched beauty and great diversity.

It is true that the Kashmir problem has not stopped India from forging its destiny as a secular, pluralist democracy and one of the world’s major economies and a military power. However a solution to Kashmir issue will substantially enhance India’s security, strengthen the prospects for durable peace and stability in the region and enable India to focus more on the rapidly emerging long term geopolitical challenges. It will relieve the burden that our security forces have to shoulder in terms of lives and resources. It could provide a boost to the Indian economy in a variety of ways, open a market with one of the world’s largest population, restore our historical links to Central Asia and Eurasia and contribute to enhancing our energy security through improved connectivity with West Asia and Central Asia. Above all, it will herald a new era of peace and prosperity for the entire region.

For Pakistan, a solution will enable it to contribute to the welfare of the people of Jammu and Kashmir and to their progress and prosperity. It will relieve Pakistan from a debilitating military competition with a much larger neighbour that has drained its economy. It will hopefully strengthen its ability to turn the tide on terrorism and radical militancy. Pakistan could refocus its energy on the task of economic transformation. It could prosper from the enormous economic opportunities that come from cooperation with neighbours. As Asia seeks to integrate across its many fragmented parts, Pakistan, at peace with India, could become the bridge between south Asia and West and Central Asia; and, a hub for regional commerce, energy flows and intellectual and cultural exchanges. Needless to say a stable Pakistan is also in India’s interest. Experience shows instability anywhere is bad for neighbours.

These expected gains from a solution may not be automatic and will require sustained effort. But, if it opens the door to a new future for India and Pakistan, without compromising our security, integrity and constitutional framework, it is worth pursuing. The alternative is status quo of a festering problem and lingering tragedy that will keep us from realizing our potential.

Great powers do not wait passively for events to unfold, but seek to shape their environment in pursuit of their national interests. We are undergoing enormous transformation in a world witnessing change and transition on an unprecedented scale. It has opened vast opportunities for us to accelerate our economic development, strengthen our security and expand our influence. This is our moment to seize. A stable, peaceful, cooperative and connected neighbourhood is essential for us to realize our destiny. Solution of the Kashmir issue will help us on that path.

Satinder K. Lambah is a Special Envoy of the Prime Minister. This speech was delivered during participation in his personal capacity at the seminar on ‘Discussion between India and Pakistan on Jammu and Kashmir— A Historical Perspective’ organized by the Institute of Kashmir Studies, University of Kashmir, Srinagar, on May 13, 2014