'A Number Of Cartoons Were Inappropriate'

'Review of all textbooks of Political Science as well as a general review of all books of NCERT should be undertaken to ensure that inappropriate material is excluded from these textbooks. I am of the view that a large number of depictions in these c 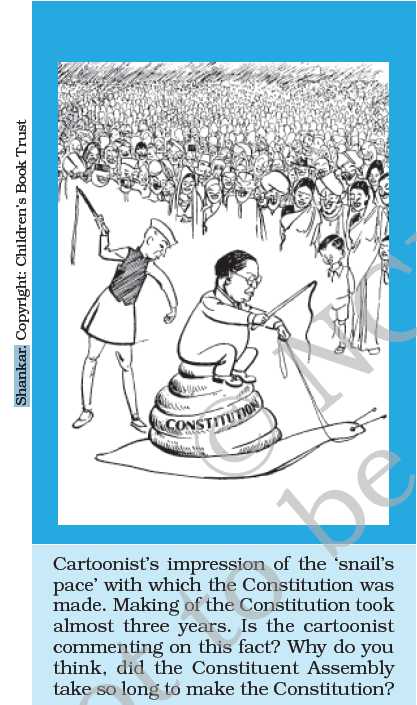 In April 2012, the Ministry of Human Resource Development received information about an offending cartoon in an NCERT textbook at page 18 of political science for class XI relating to Dr Babasaheb Bhimrao Ambedkar with reference to the making of the Constitution.

I sought an explanation from the NCERT with reference to this cartoon. The NCERT, in turn, sought response from the Chief Advisers to the Textbook Development Committee, Prof Suhas Palsihkar, Professor Political and Public Administration, University of Pune and Professor Yogendra Yadav, Senior Fellow, Centre for Development of Developing Society.

They responded by giving an elaborate explanation. In the light of the content of the explanation, on record, by Prof Suhas Palshikar and Shri Yogendra Yadav, I directed that the offending cartoon be withdrawn from the NCERT textbook of Political Science of class XI as far back as on April 26, 2012.

Thereafter, in early May, I called for the textbooks relating to Political Science for IX as well as for class XI and perused the contents of the textbooks including the cartoons included therein. I found that a number of cartoons were inappropriate. I came to the opinion that review of all textbooks of Political Science as well as a general review of all books of NCERT should be undertaken to ensure that inappropriate material is excluded from these textbooks. I am of the view that a large number of depictions in these cartoons are offensive and are inappropriate for textbooks.

In the mean time, on the 11th of May I requested the Director, NCERT to withhold the further distribution of these text books. The Director, NCERT has also informed me that all wholesalers who have received these copies for distribution would be asked not to distribute them. Prof. Yadav and Prof. Palshikar have since sent their resignation from the Textbook Development Committee.

The textbooks were developed from 2005 to 2007 by a Textbook Development Committee constituted by the NCERT and chaired by experts of the concerned areas. In the case of Political Science and Social Science, it was chaired by Prof Hari Vasudevan and the Chief Advisers were Prof. Suhas Palshikar and Prof. Yogendra Yadav. These textbooks were placed before the National Monitoring Committee chaired by Prof Mrinal Miri and Prof. G.P. Deshpande and consisting of representatives of state governments and educational experts from across the country. On approval of the textbooks by the National Monitoring Committee, the textbook was released from the year 2006 onwards.

This government fully appreciates the sensitivities involved, and the concerns expressed by the hon. Members of this House to the nature of these cartoons and their inappropriateness finding place in textbooks. The government fully appreciates these concerns and will take effective steps to ensure that henceforth textbooks take into account the concerns and the sensibilities of individuals and communities to ensure that only educationally appropriate materials are included in the textbooks.

The government is also resolved to conduct an inquiry into the role of the officials of the NCERT who approved the inclusion of the offending materials in the textbooks in Political Science of Classes 9 to 11, and fix responsibility.

The government would put in place a suitable process to ensure that such instances do not recur in the future.