The report said these juveniles were detained under the provisions of the Juvenile Justice (Care and Protection of Children) Act and kept at observation homes. 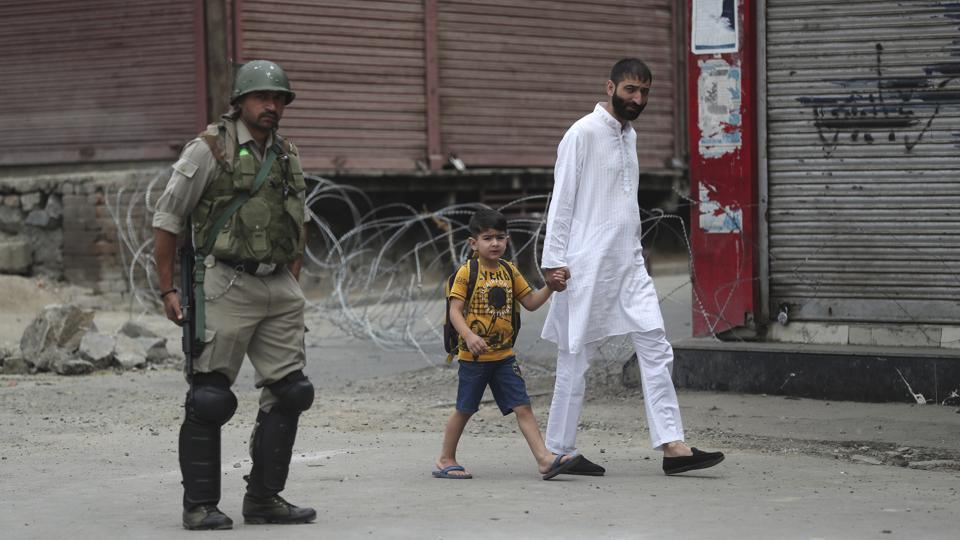 The Jammu and Kashmir administration has detained 144 juveniles since August 5, but “they are not holding them illegally”, a report submitted to the Supreme Court by state’s Juvenile Justice Committee said.

The submission by the four-member committee, headed by Justice Ali Mohammad Magrey, on Tuesday quoted the Jammu and Kashmir Director General of Police's (DGP) report.

"The state machinery has been constantly upholding the rule of law and not a single juvenile in conflict with law has been illegally detained," read the police report.

As per the police report, 144 juveniles, including children aged 9 and 11, were arrested since August 5, after imposition of restrictions following abrogation of Article 370 that granted special status to Jammu and Kashmir.

The report said these juveniles were detained under the provisions of the Juvenile Justice (Care and Protection of Children) Act and kept at observation homes.

The top court had sought report from the juvenile committee while hearing a petition by child right activists - Enakshi Ganguly and Professor Shanta Sinha - pertaining to the detention of children in J&K.