India are still 52 runs behind England's first innings score of 205 after the visitors managed to make inroads every time when a partnership seemed to be on the horizon. 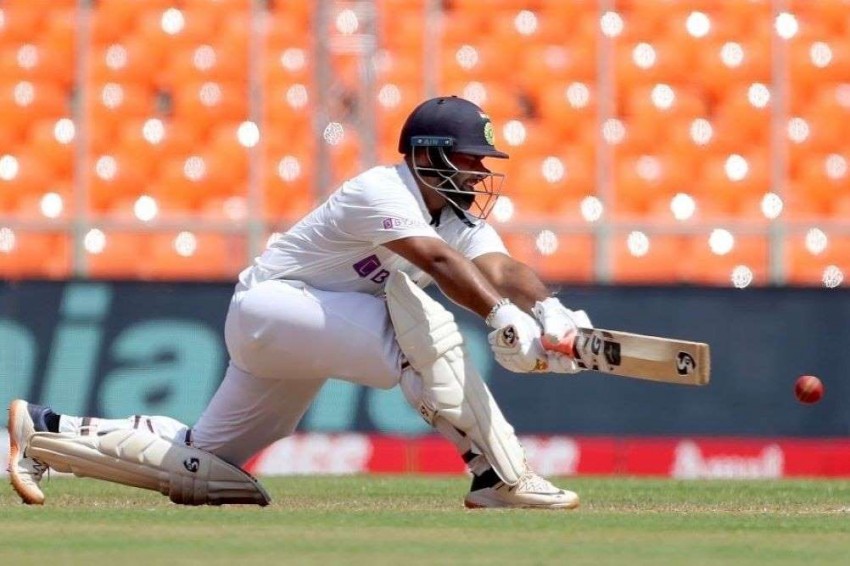 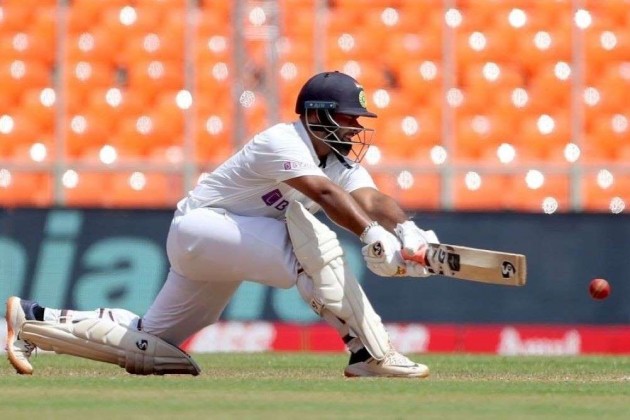 Rishabh Pant mixed caution with aggression during his unbeaten knock of 36 but India huffed and puffed their way to 153 for 6 at tea on the second day of the fourth and final Test against England here on Friday. DAY 2 BLOG | NEWS | SCORECARD

India are still 52 runs behind England's first innings score of 205 after the visitors managed to make inroads every time when a partnership seemed to be on the horizon.

On a day when Rohit Sharma (49 off 144 balls) traded his natural attacking instincts for a more conservative approach, England's new ball pair of James Anderson (17-11-19-2) and Ben Stokes (17-6-33-2) gave it their all on a track which is conducive for slow bowlers.

Jack Leach (15-3-43-2), an honest trier, also did his bit with utmost sincerity, by keeping England in the game on a track where batting became a bit more difficult than the first day.

Pant did hit Joe Root for a maximum but understanding the match situation defended well when the pitch showed its nasty side with deliveries flying off the rough.

However, one person, who would rue missing out on a big score would certainly be Rohit, who did all the hard work before a terrific in-cutter from Stokes found him leg before.

The senior opener hit seven fours but cut down on all risky shots, playing Anderson's testing spells well enough. The over when Stokes removed Rohit, he bowled five dot balls, building the pressure.

Ajinkya Rahane (27 off 45 balls) hit a flurry of boundaries to get the scoreboard moving but James Anderson had him caught at second slip with a beautiful delivery that held its line at the stroke of lunch in a session.

The approach taken by Rohit and Pujara during their 40-run stand of 24 overs in the morning session, wasn't a bad one. They saw off Anderson's morning spell with Stokes bending his back at the other end.

The flashy shots were cut out and with all the time at their disposal, they were ready to grind the bowlers out and dispatch those occasional bad balls to the boundary.

Stokes' one such full toss or a tossed up one from Leach was given some rough treatment by Rohit, who otherwise produced a dead defensive bat on multiple occasions.

It was only towards the fag end of the session that he played an aerial shot, slog-sweeping Dom Bess between deep mid-wicket and deep square leg for a boundary.

Pujara also did the hard work but would now be frustrated with Leach making him his bunny.

He prodded forward hiding his bat behind the pads to a straighter one from Leach and Nitin Menon made a good decision factoring in the deliberate padding to a ball that was hitting off-middle.

The sparse Motera crowd, anticipating a 'Friday matinee show' from the megastar Indian captain was left high and dry when Stokes produced an effort ball with extra bounce outside the off-stump corridor which Kohli edged to Ben Foakes behind the stumps.

In all, England dominated the first two sessions of the day.