the early 5th century CE when it was a thriving port. Mammallapuram contains India’s oldest examples of Dravidian buildings and sculpted rock-panels.

Keep aside a full day for this soporific sea-splayed temple town (65 km/90 minutes from Chennai), always full of tourists. The drive to Mammallapuram is most scenic. Prepaid taxis from Chennai cost approx Rs 1,000, and your bus ticket Rs 30-80. It’s a place where you don’t have to worry about turning the wrong corner. Caves, sculptures, temples and ruins sprout like vegetation here. Lit after dusk, Mammallapuram’s monuments assume a magnificent aura.

The Shore Temple is Mammallapuram’s signature symbol. Made of charcolite, its silhouette is beautiful against the changing colours of the sky. The temple is said to be one of the seven that existed here in 600 CE. A 2002 diving expedition by the National Institute of Oceanography, India, and the Scientific Exploration Society, UK, found proof of this legend. Researchers discovered masonry and stone stuctures submerged 20 ft deep in the waters here. The only remaining Shore Temple is dedicated to Shiva with his consort Parvati and sons, Vinayaka and Karthikeya. Here too you will find the unique Sthala Shayana Perumal — the only temple in India where Vishnu reclines on the floor, serenaded by the sound of the waves. Pillars of the temple bear the evocative Pallava emblem of roaring lions.
Entry fee: Indians ₹10, foreigners ₹250. Ticket issued for Shore Temple and 5 Rathas (valid one day only). Entry to all other monuments free Timings: 6 am to 6 pm, open all days
Cameras: Still free, video ₹25
Tip: Arm yourself with a travel book-cum-map or hire a guide.

In the middle of the town is Arjuna’s Penance, the world’s largest bas-relief panel. Measuring 27m by 9m, this gargantuan rock has over a hundred carved figures of gods, men and beasts. It is slashed by a perpendicular fissure that has been creatively included in the depiction of Ganga’s descent to Earth. It’s named after Arjuna, the Pandava who is believed to have meditated here. On the right stands the lifelike Family of Monkeys, and a stone’s throw from here is Krishna’s Butterball, a boulder resting on the tip of a slope. Gravity defying.

Southwards from Arjuna’s Penance is the Krishna Mandapam (with scenes of Lord Krishna lifting Mount Govardhan hewn in the rock) and Pancha Pandava Mandapam (carved with vaults and short pillars). Above the cave stands the small Ulaganatha (world’s hero) Temple for Shiva, on a granite mandapam built in the 8th century CE. One can view the entire town from atop this hill.

South-west of these structures are three cave temples. Striking amongst them is the Mahishasuramardini Cave Temple with sculpted celestial beings and battling demons. A flight of steps takes you to the old lighthouse of Mammallapuram, not in use anymore. Great views from here too.

Amidst boulders and thickets stands the Adivaraha Cave Temple with sculpted panels of Pallava kings and queens. To the north-west is the Tirumurthi Cave Temple, dedicated to the Hindu triumvirate of Brahma, Vishnu and Shiva. Further south is a two-storeyed rock-cut temple called Ganesha Ratham.

Pancha Ratham is a cluster of six unfinished structures on the road to Kalpakkam, about a kilometre south of Mammallapuram. They represent the rathas (chariots) of the five Pandavas. The sixth chariot is that of Draupadi, their wife. Typical of 7th-century Pallava art, the chariots are in axial alignment. Work stopped after the death of Narasimha Varman in 668 CE. It takes about 15 mins to reach here from the Shore Temple.

On the East Coast Road stands the Tiger’s Cave, 5 km short of Mammallapuram. Believed to have been a royal retreat, it houses a cave of sculptures, framed by a large boulder. This 7th-century CE shrine, dedicated to Goddess Durga, is a popular picnic spot today. And relatively unspoilt.

The month-long Mammallapuram Dance Festival is held against the enchanting backdrop of the monuments every January (for information on dates and tickets, contact Dept of Tourism, Govt of Tamil Nadu office, Tel: 044-27442232). Enjoy Mammallapuram. Then pause by the ceaseless waves of its pristine shoreline. 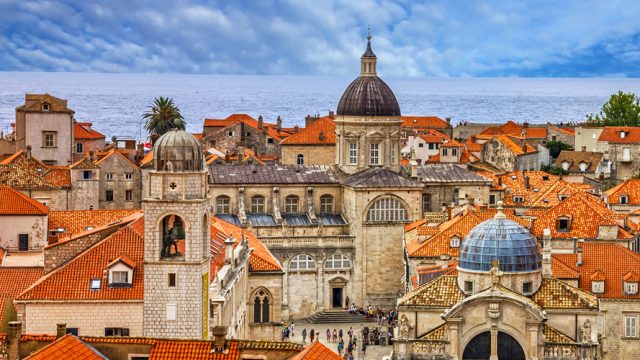