Cameroon marched on at the African Cup of Nations 2021 with a brace by striker Karl Toko Ekambi sending the tournament hosts into the semifinals with a 2-0 win over Gambia. (More Football News)

Burkina Faso joined Cameroon in the last four by surprising Tunisia 1-0. Teenage forward Dango Ouattara scored Burkina Faso’s goal in first-half injury time and was sent off in the 82nd minute for an elbow on Tunisia defender Ali Maaloul, leaving his team to cling on to the lead he gave it for the last 10 minutes.

The Burkina Faso squad has had to try and focus on soccer this week amid the distracting news of a coup back home. The players erupted in joyous celebrations at the final whistle in Garoua. They swept up coach Kamou Malo, hugged him and danced and chanted while he was trying to give a post-match TV interview.

Toko Ekambi scored his goals for Cameroon in the space of seven minutes in the second half at the Japoma Stadium on Saturday, where security was increased following the crush that left eight fans dead at the home team's last game.

That incident at the Olembe Stadium in Yaounde on Monday is the subject of an investigation that could yet see the venue removed as host of the African Cup final on Feb. 6. Cameroon is still on course to make that final — wherever it is held — after dominating against the Gambia, who are playing their first African Cup and caused a major surprise to make it to the quarterfinals.

Toko Ekambi headed in from a cross in the 50th minute and side-footed into the roof of the net from another cross in the 57th to see the Indomitable Lions into the last four after the tournament's first quarterfinal.

The French-born Toko Ekambi now has five goals at the tournament, one behind Cameroon captain Vincent Aboubakar. Cameroon will play the winner of the Egypt vs Morocco quarterfinal, which is on Sunday. 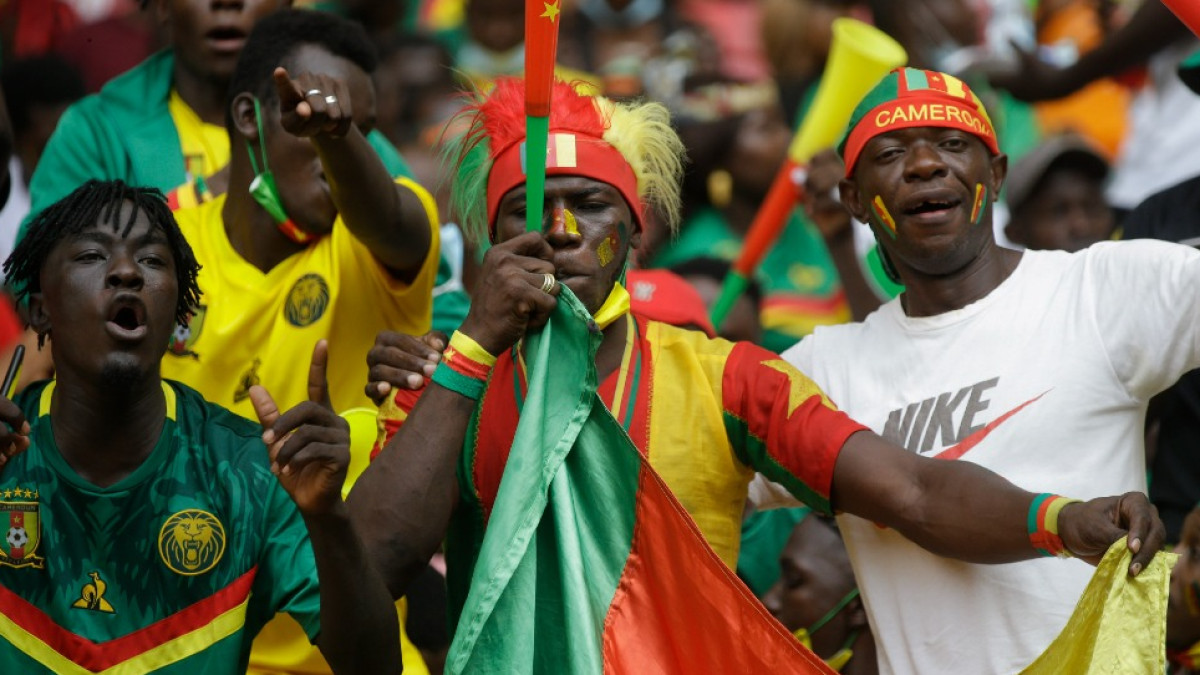 Cameroon authorities said they had placed 250 extra police officers at the Japoma Stadium for Cameroon's quarterfinal, while yellow-vested security officials formed a line between the crowd and the field during the game.

The added security was also because of an invasion of fans at a game at the Japoma Stadium earlier in the tournament between Algeria and Ivory Coast.

The Cameroon government has blamed the stampede at the last-16 game between Cameroon and Comoros on an influx of ticketless fans who forced their way into the stadium to avoid security checks and COVID-19 screening.

Fans must show negative coronavirus tests and be vaccinated to attend African Cup games. But witnesses have said that security failures were partly to blame for the tragedy, where 38 people were also injured, seven of them seriously.

Either way, the stampede realized pre-tournament fears over Cameroon's preparations, and particularly the readiness of its stadiums. The Central African nation was meant to host the African soccer championship in 2019 but was stripped of that year's version because its stadiums were too far behind schedule.

The Confederation of African Football insisted Cameroon was ready to host this time but now has demanded a report from local organizers on the causes of the stadium crush and who was responsible.

CAF moved the Egypt-Morocco quarterfinal to another stadium in Yaounde and could also strip the Olembe Stadium of the semifinal involving Cameroon and the final, depending on the findings of the investigation.

Although Burkina Faso's win over a Tunisia team that knocked out Nigeria was a surprise, it did make the final at its breakthrough tournament in 2013 and finished third in 2017.

Outtara, a 19-year-old forward who signed his first professional contract last year, held off two Tunisia defenders after making a run down the right-wing and fired his shot past them and goalkeeper Bechir Ben Said for the winner.

Burkina Faso will next face either Senegal or Equatorial Guinea. They play in the other quarterfinal on Sunday. Senegal said Liverpool forward Sadio Mané will be available for that game after recovering from a blow to the head during the victory over Cape Verde in the last 16 on Tuesday that resulted in him being taken to the hospital for tests.