Statues And Ideological Battles On Campus

Just ahead of Delhi University Students Union elections in 2019, the RSS-affiliated ABVP installed statues of Vinayak Damodar Savarkar, Subhash Chandra Bose and Bhagat Singh together, outside the Art faculty of North Campus.

This was allegedly done “without due permission” and faced the ire of other student organisations, including the Congress-affiliated NSUI and Left-backed AISA which claimed the move was an attempt to legitimise Savarkar, a champion of BJP’s Hindutva.

To register its protest, NSUI activists defaced the statue of Savarkar, saying the Hindutva icon could not be placed on the same pedestal as Bose and Singh as “Savarkar was implicated in Gandhi’s assassination”. ABVP, on the other hand, said, “Savarkar was also a freedom fighter, therefore deserves his due”.

A year before that, Syama Prasad Mookerjee’s statue was vandalised, allegedly by seven students of Jadavpur University in Kolkata. It was a series of incidents of vandalism—statues of B.R. Ambedkar, Mahatma Gandhi and E.V. Ramaswamy ‘Periyar’ were also attacked in Kolkata.

In March 2015, a protest movement titled ‘Rhodes Must Fall’ at the University of Cape Town against the statue of Cecil Rhodes, an ardent believer of British Imperialism was an example of it. This protest was part of a wider movement that later ensued across South Africa about “decolonising education”.

In 2018, a statue of Gandhi was removed from the University of Ghana amid protest by students and teachers calling him “racist who denigrated black Africans”. Though, this protest had not had many takers. In fact, this move faced opposition even within the university. Professor Ernest Aryeetey had said that “Gandhi's statue was a gift of the Indian government to the University of Ghana, and the university accepted it” because Gandhi gave the message of “non-violence and peaceful coexistence”. 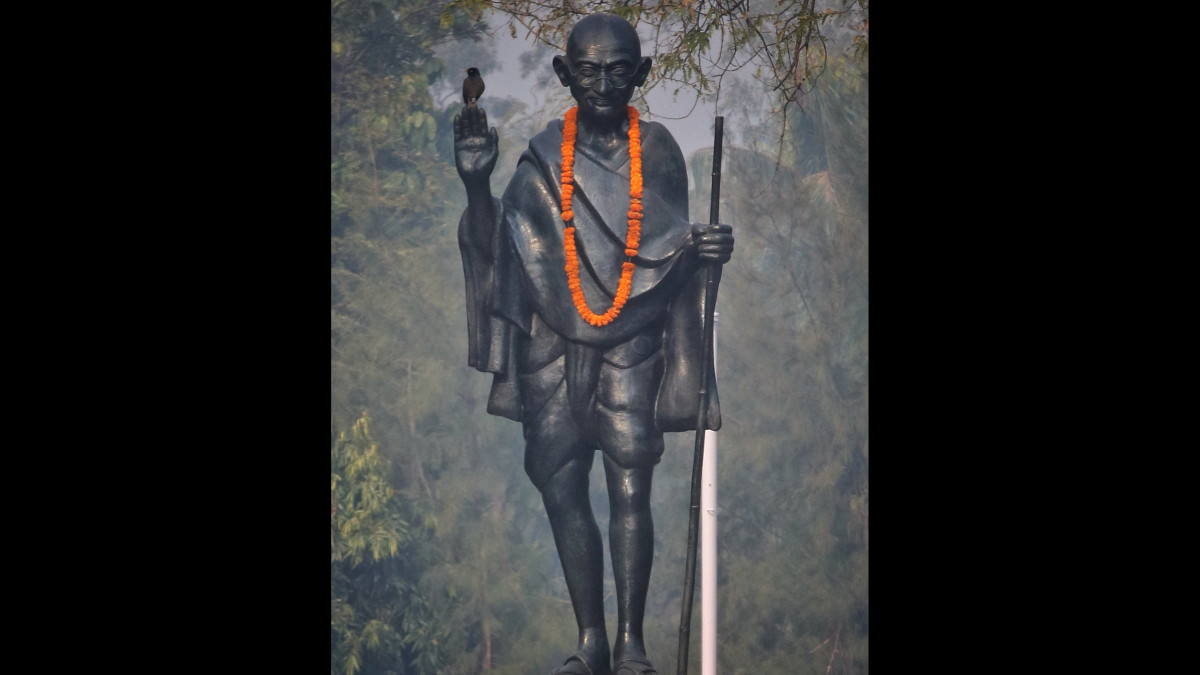 In India too statues are often defaced and even vandalised.

Coronation Park: Where The Statues Of The Raj Rest In Ruins

Statues And Politics | Incidents Of Vandalism In Recent Past

Professor of political science at Delhi University, Aditya Narayan Mishra says, “Statues are everywhere, they are erected to give a political message. You see them in England, America everywhere, and even at the panchayat level they can be found.”

Mishra explains the logic behind erecting a statue. “Some people have lived lives for principles, and for the liberties of others. But all people could not get their due in their lifetimes. For instance, Mary Wollstonecraft, a philosopher and women rights advocate. By one act, say, erecting her statue, we can alleviate her status and make people aware of her principles.”

Political parties often built statues to propagate their ideologies on campuses. Student outfits affiliated to these parties preserve them, on their behalf. The row over Vivekananda’s statue in JNU in 2020 is a telling example of it.

His statue was allegedly “defaced” and a complaint was filed with the police.  JNU administration linked it to protests over ‘fee hike’ and said that “students having no regard or respect for JNU are indulging in illegal and immoral acts”. PM Modi unveiled the statue amid the controversy.

Mishra is against both, those who are using Vivekanand for their ideology and who are abusing Vivekanada to oppose him. “Both are problematic,” says Mishra. “Vivekananda never talked about bitterness or contempt towards any community.” 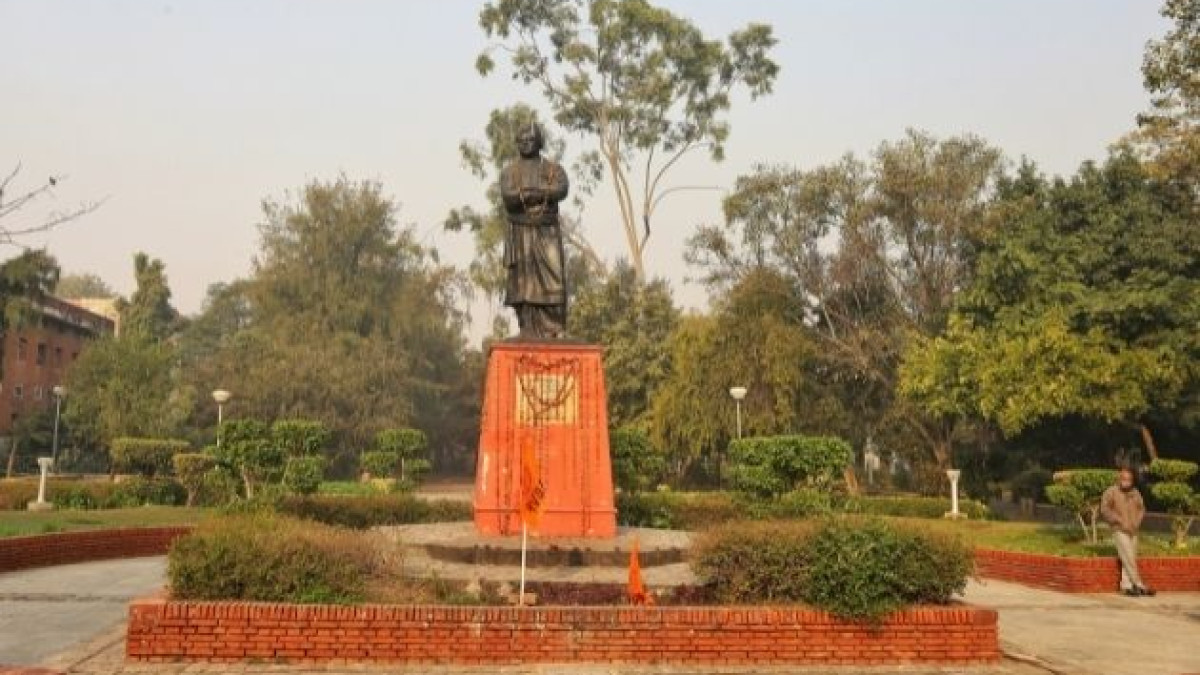 British political philosopher Thomas Hobbes, known as a champion of the social contract theory, believed that “image achieves its political function not by iconoclasm or image production but by creating deterrence destruction.” So, those who are in power often create statues that support their ideologies and make these icons “sacrosanct”.

Statues also alleviate images of an icon and they infuse confidence among students following these idols. For instance, the statue of “B.R Ambedkar”, a father of the Indian constitution, came from a Dalit community. Vikram Singh, a student belonging to Jatav, a Dalit caste said, “I get confidence when I see Ambedkar. He gave us identity. Therefore, his status in universities is very much necessary for Dalit students.”