Poems: The Bombay Stories That Will Last Forever

A Bombay poet in exile, currently based in Singapore, rhymes about the kaleidoscopic magic of the city — his first love — and the little moments of joy steeped in memory.

More from Subodh Deshpande
View All

The Prisoner Of Bombay

1.
Bombay was my first love.

It was painted under my eyelids in psychedelic hues.

I always saw it when my eyes closed.

I am like the demon in the folk tale

who could never be killed,

because his life was stored in the parrot.

Mine is in Bombay.

(I find this funny because I now see the

Sitting in the sleek Singapore taxis that

I imagined those Fiat taxis having large eyes and open mouths,

tongue lolling, running to greet me.

The taxi lullabied me with a Rafi song from the 70s,

as they sped me away in my post-work drunken stupor,

the salty Arabian sea breeze roaring in through the window

one day I would leave my rented matchbox and land in a bungalow with high gates guarded by a Nepali gurkha; who would say ‘shalaamshaab’ frequently.

Ambling in the botanic garden in Singapore,

I longed for the temple in Mahim.

Squeezed between apartments of

the temple looked like the gods had elbowed their way to make space.

It was an impossible mash-up of sights and sounds;

My thoughts bounced off these

like a cricket rubber ball attempting to find gravity;

as I surrendered myself

and my soul rolled in this spiritual dirt,

my mind lapsed into languor,

that night I slept soundly,

As I chatted in a fancy lounge at a Singapore quay

my mind raced back to the grimy bars of Bombay

Am sitting in plastic moulded furniture

and a waiter filled with brotherly love,

has chosen to dedicate his life to serving me.

My mouth weaves stories and anecdotes,

I am a sit-down comic,

I laugh at my own jokes that

Some of these stories will last forever.

Every evening the people of Bombay

opened their mouths elliptically with joy.

Their cheeks stuffed with delight,

the juice of bliss spilling out,

eyes lit up in ecstasy

A tangy chuckle of happiness

exacting revenge against a city that exhausted them daily.

a terrace jutting out in the heart of Bombay

Here you could drink and feed

on the breast of Bombay itself

while watching the skyline through the curtain of pollution.

Once a fierce sea gale blew away everything;

the napkins, the plates, the forks, the knives,

the salt and pepper shakers

the food, the drinks,

the ice, the tables, the chairs…

it was asking you to be naked and dance

on this crazy nook that was magically 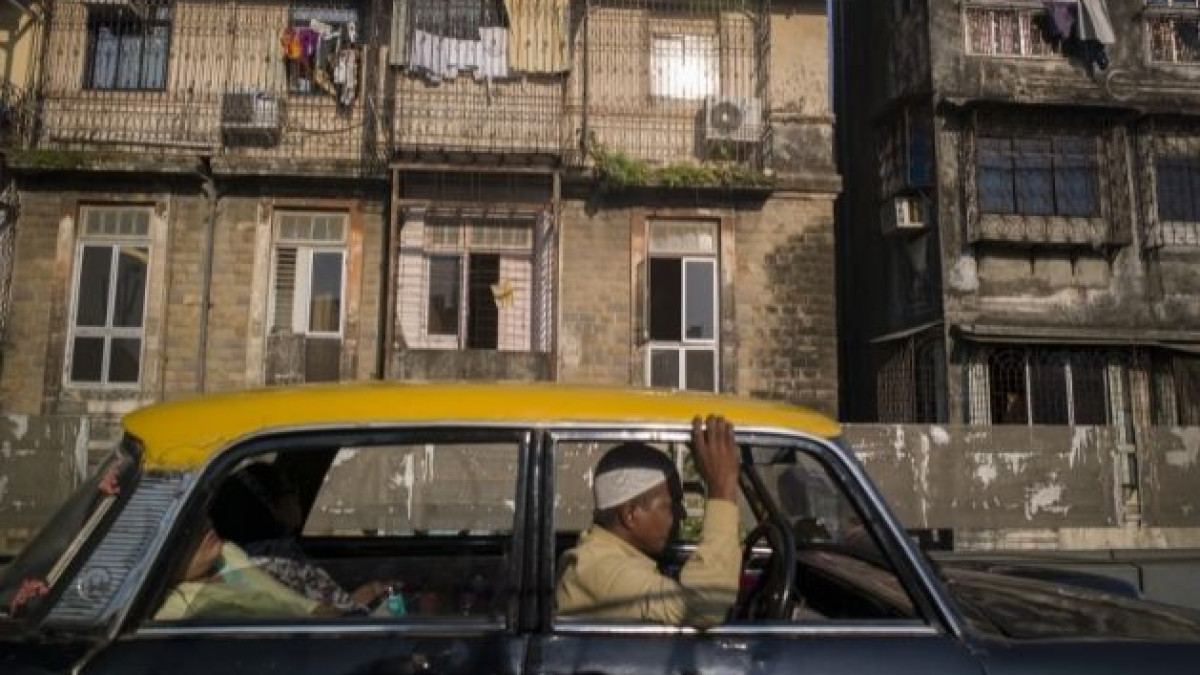 I longed to be at The Ghetto.

No fancy cocktail bar will do for me.

The Ghetto was a passage to a world

that hid in plain sight.

it was like a chair that had sunken in well

to make place for your butt cheeks.

It was like a wife who loved you despite your shortcomings.

You didn’t just visit The Ghetto, you belonged to it.

I longed for the quaint lanes near

where old ladies stood in balconies,

for glory days to return. 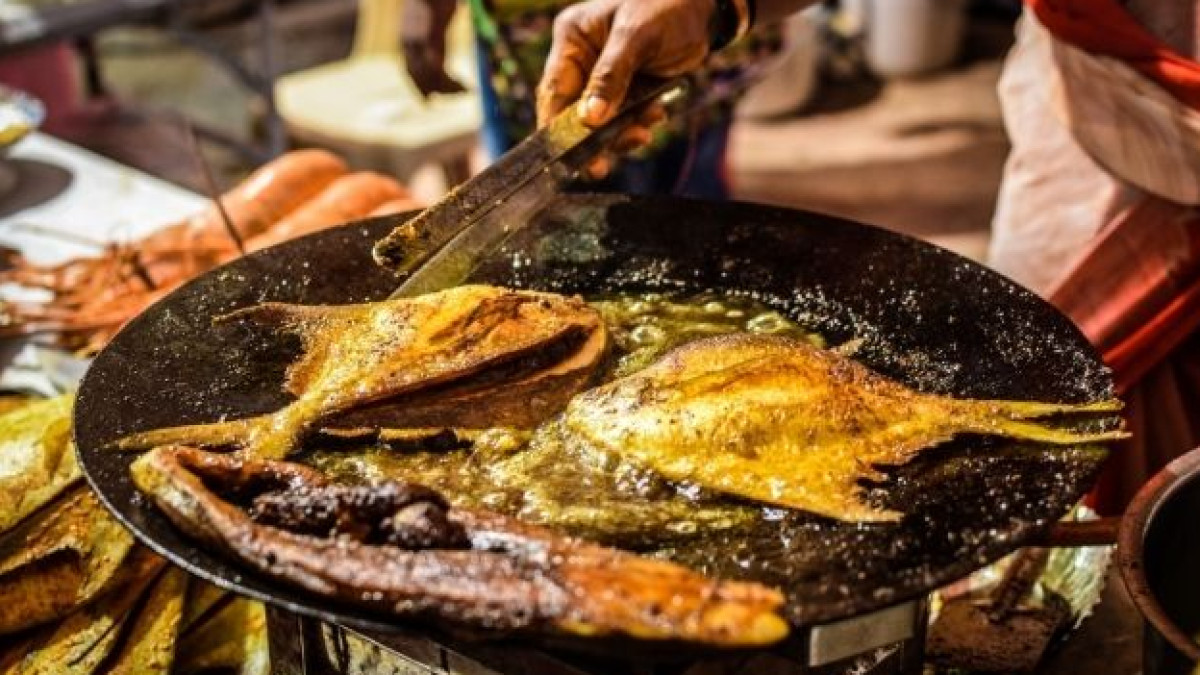 The smell of fried seafood

you could lick it

as you waited to be served

around 7pm the crooners came on

singing at every table

voices textured by cigarettes and liquor

‘I can’t help falling in love’

and I couldn’t help squirming in my seat

in their glorious youth they’d

poised to dive into vindaloo curry

life had cheated them

this I was certain of

hiding money in the palm of my hand

I discreetly tipped them

with a casual handshake

and wished them to depart

Once I was dining with an asshole

and he held out hundred-rupee notes

and put up a grand show of

trying to disappear into

Lost in the collective

we were attached to the rest

of our family via alu-poori

Whenever we met them

a generational pyramid we gazed up at

from our tiny stature

At the top, 2 croaking great grannies

Surrounded by eyes and noses that resembled ours

like we had swum out from the same gene pool

The pack heaped love on you

your hair combed; your tummy fed

Too many to remember names

we attached prefixes to identify them

or the rare Chicago Mausi

They became objects and places rather than people

Time races, we pledge allegiance to the city we live in

we pluck out the wires connecting us

enjoy the freedom of our born again individuality

Now we are a dazed body on a sofa, watching Netflix

We writhe around the urban emptiness that bites us

We hurt when we don’t get invited to a party

We innocuously ask about Transistor Mama

the next time we call home

Sometimes, you find the perfect cafe.

It is not too filled up.

You can choose a seat of your liking.

Even try out two different spots.

The music is great and the coffee is flawless.

You write a poem or two.

“These people get me,” you say to yourself.

You make a trip again after a week to catch the zen.

The place is crowded.

Somebody chats loudly about their

holiday to Machu Pichu at the next table.

The server is formal.

Your heart is broken.

You invest in a coffee maker

and never step out again.

A Wound Likely To Hurt A Lifetime

The counterpoint to Irrfan Khan is not ‘Bollywood’, but Aamir Khan.

Irrfan shows us the difference between genuineness and inessential sanctimony.

On a narcotic noon in Mahim

I first saw you in an episode of a TV serial

you were gaunt and totally into it

In a blood pooled cinema hall in Matunga

in an adaption of Macbeth

you bite your lips to stifle a smile

in a ruthless execution scene

As Pi of the Piscine Molitor

you narrate the story

with such grave sincerity

after listening to you my accent abandoned my tongue

I felt myself settling down inside me

from my room in Mahim

to Ang Lee’s blue skies in a Singapore theatre

‘look how far he has come’

I exclaimed to myself

because no one in the aisle had been to Mahim

so in life Irrfan

to take our chances with ourselves

and above all carry ourselves authentically

(Subodh Deshpande’s love for creativity led him to a career in advertising in Mumbai and Singapore. He is currently based in Singapore, and now exploring how human sense-making can make companies and brands more compelling. Subodh is a poet, a writer, and a nature lover. He likes to believe he is a Bombay poet in exile.  In his mental landscape, he still treads the by lanes of Bombay. He lives a double life; a brand consultant by day and a writer by night. He writes poetry and non-fiction essays about the India that was, the India that is and his unfolding migrant identity. He is married and a father to two daughters who refuse to join him on his bird-watching strolls.)