How ‘Shark Tank India’ Has Given A Boost To Women Entrepreneurs

‘Shark Tank India’ has become a local sensation. The show, which has been globally made in varied countries, has become a massive hit in India and has sparked the germ of entrepreneurship among Indian people. More so, among women all over the country. Just like women used to discuss saas-bahu serials and ‘Bigg Boss’ stories in their kitty parties and friendly chats, ‘Shark Tank India’ has become such a show which women from all age groups are watching, enjoying, and also discussing among themselves.

‘Shark Tank India’ has no doubt fueled a start-up boom for Indian women. Women who never used to talk about business are now feeling interested to join in and give their opinions on business ideas during family gatherings or friendly meetings. The show has emphasised on the increasing tide of entrepreneurship that can be found in every corner of the country.

The first season of ‘Shark Tank India’ has given many aspiring entrepreneurs the push they need to succeed or even think about taking that leap of faith to enter the start-up market. And all it needed was one flawless pitch to bowl over the sharks.

There were numerous women who came on the show, even if it was to accompany the men, who were handling the business operations. Also, there were many teams that were formed by women, led by women and managed to inspire other women to not think of the business field as a man’s world.

As the show has been a massive success, let’s have a look at some of the most loved female entrepreneurs (and some who were accompanied by their male counterparts) who wowed the sharks and left the audiences amazed with their ideas and business innovations: 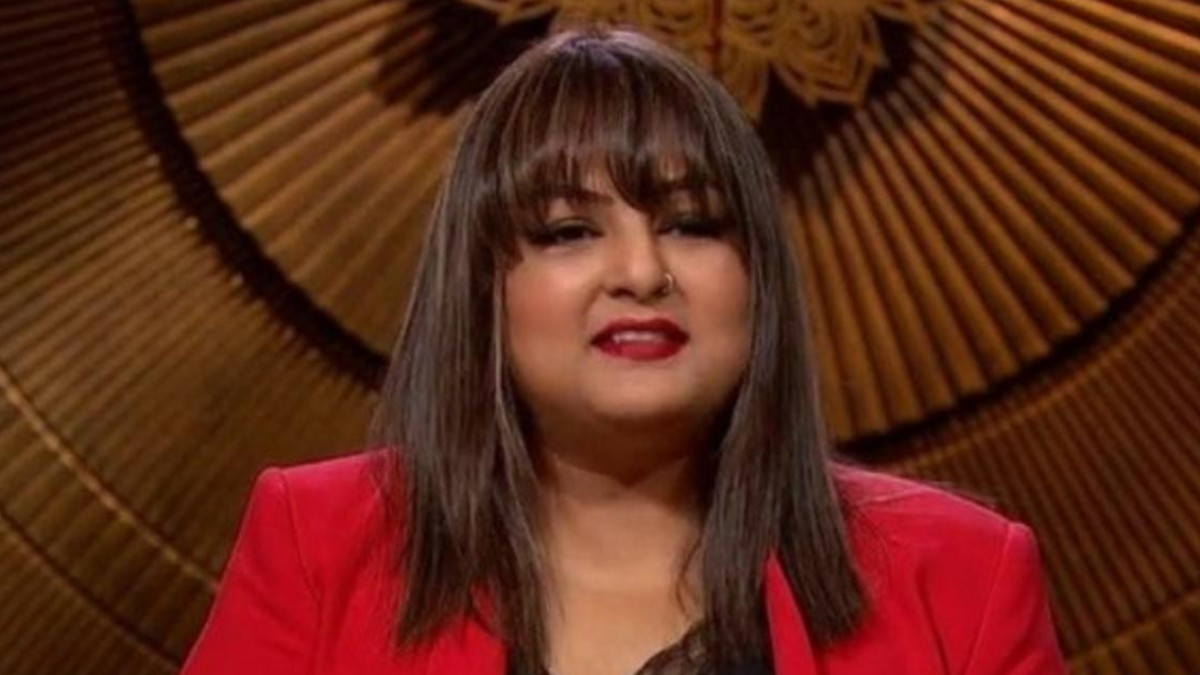 Aishwarya Biswas' Ayurvedic skincare business Auli, which she conceptualised and built, became fairly successful after appearing on Shark Tank India. The items are exquisite and organic, pampering you and making you feel great. Auli, which sells a broad variety of organic and natural items, may be used for both giving and self-indulgence. The Kolkata-based entrepreneur dazzled shark Namita Thapar and received a Rs 75 lakh investment for 15% equity. On the episode, she held steadfast in her decision to go it alone rather than with a co-founder. 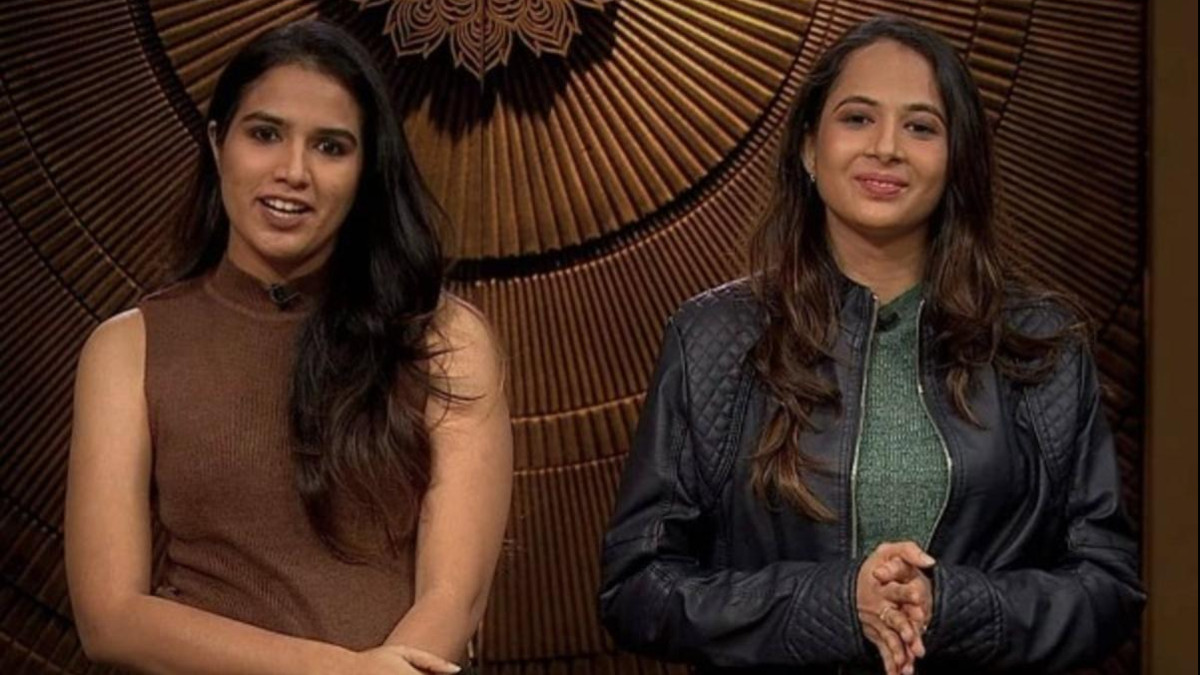 Nuutjob co-founders Ananya Malloo and Anushree Malloo wowed with their one-of-a-kind solution. Nuutjob is a brand of men's hygiene products founded by women. Their pitch was even one-of-a-kind. They walked into the settings dressed as itching their groynes. The co-founders are relatives who left an impression on the sharks. Their brand's goods are designed to assist guys in keeping their intimates clean and dry. The products assist men to maintain a proper pH balance by reducing chafing, preventing perspiration irritation, preventing foul odour and itching, and preventing bad odour and itching. Peyush Bansal, Namita Thapar, and Aman Gupta invested Rs 25 lakh for a 20% stake in the firm in exchange for their brand.

Carragreen (By Surabhi and Chetna Shah) 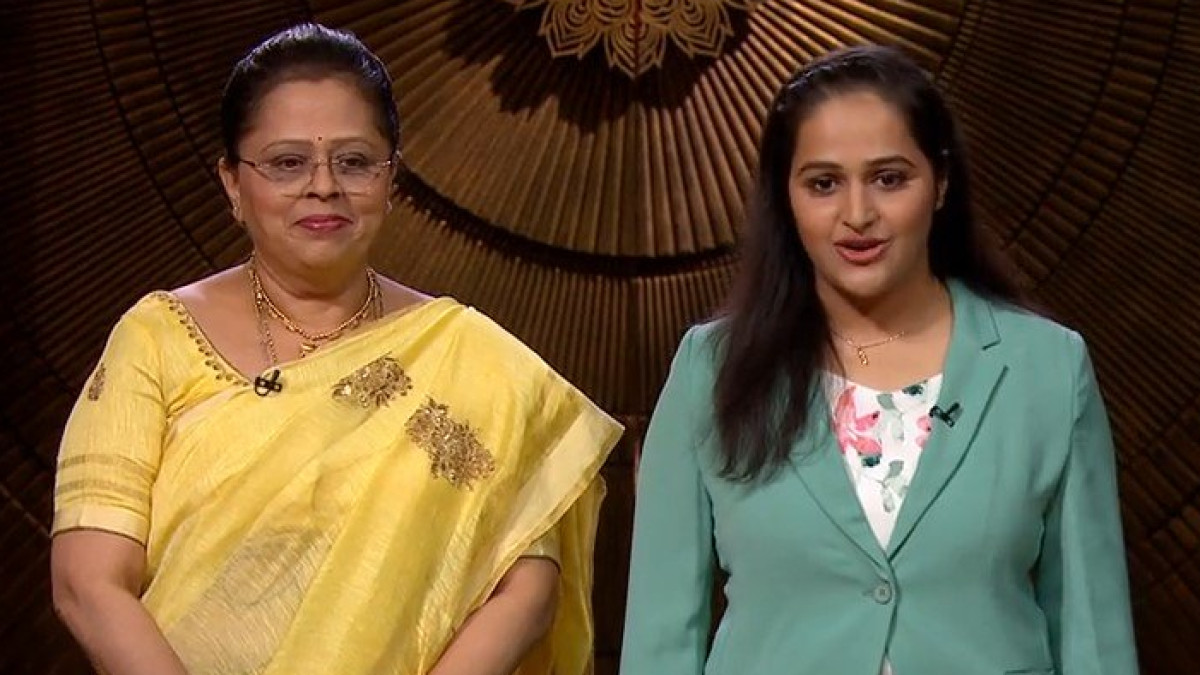 Carragreen by Surabhi and Chetna Shah

The duo of mother-in-law and daughter-in-law Surabhi Shah and Chetna Shah of Indore, Madya Pradesh, founded Carragreen with the goal of eliminating the usage of plastic cutlery in everyday life. Sharks Peyush Bansal and Anupam Mittal were pleased by the ecopreneurs and invested 50 lakhs for a 20% stake in the firm. Carragreen's products are biodegradable and environmentally friendly. Carragreen offers unique solutions that are a cost-effective alternative to throwaway plastic.

Heart Up My Sleeve (By Riya Khattar) 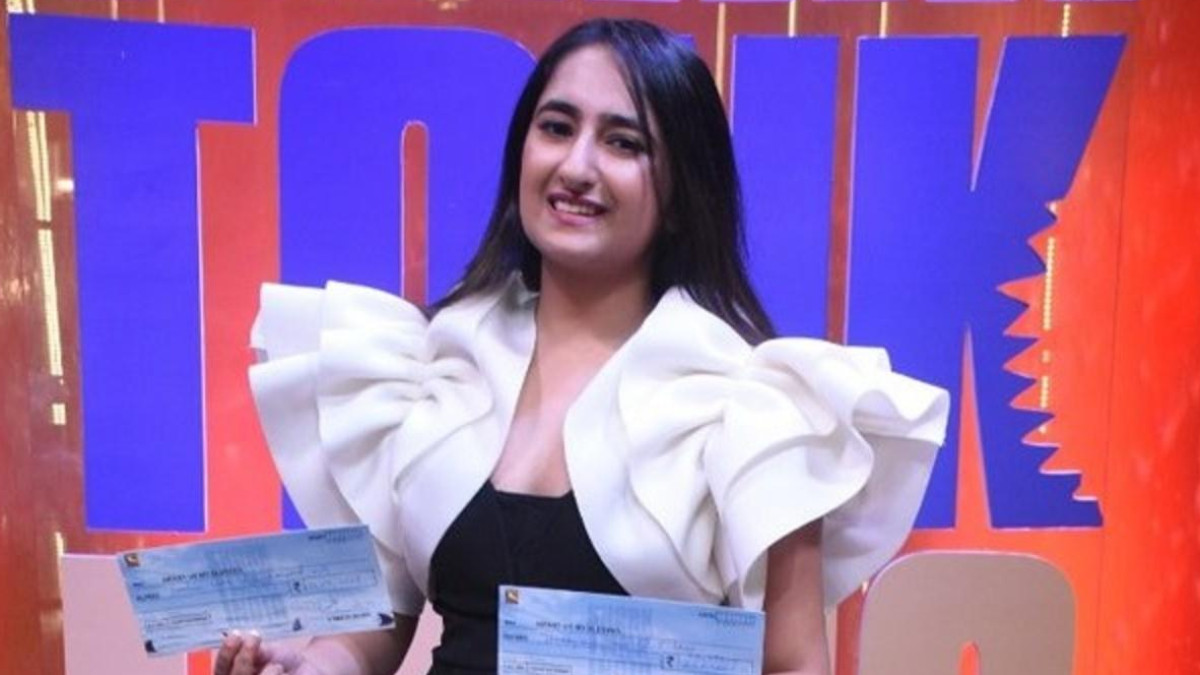 Heart Up My Sleeve by Riya Khattar

Heart Up My Sleeves by Delhi-based Riya Khatta was another pitch that piqued the judges' interest on Shark Tank India. Because of the product's simplicity and resourcefulness, sharks Anupam Mittal and Vineeta Singh invested Rs 25 lakh for 30% equity. The brand, a new idea appropriate for altering India, was founded in the midst of the epidemic while cleaning the closet. Riya Khattar occurred to discover the answer to the most frequent dilemma that every female faces: having a lot of clothing but nothing to wear. Heart Up My Sleeves creates detachable sleeves, which are a simple remedy for any drab clothing. The brand has garnered positive feedback from influencers and celebrities such as Neha Kakkar, Hansika Motwani, and Komal Pandey in a short period of time. 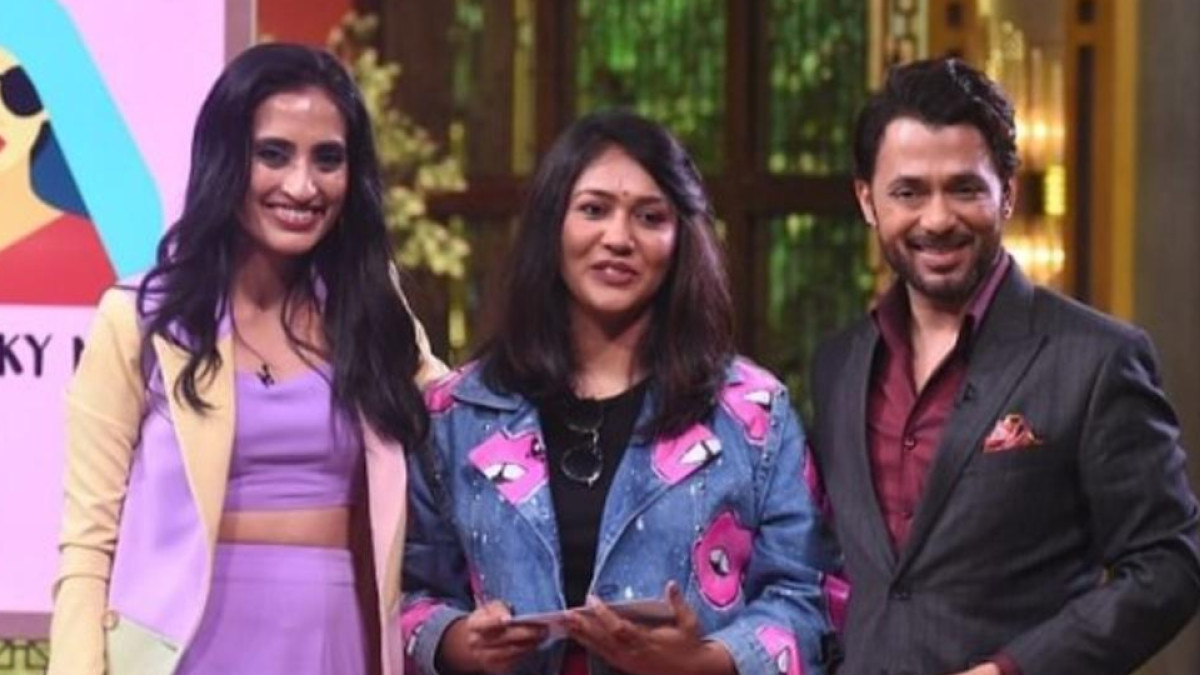 Malvica Saxena, the founder of Quirky Naari, won hearts with her quirky product and received Rs 35 lakh in funding for 15% equity from Anupam Mittal and Vineeta Singh. Her business debuted in 2018 with hand-painted shoes, and it now provides a wide range of footwear, from bridal sneakers to hand-painted jackets that can be customised. 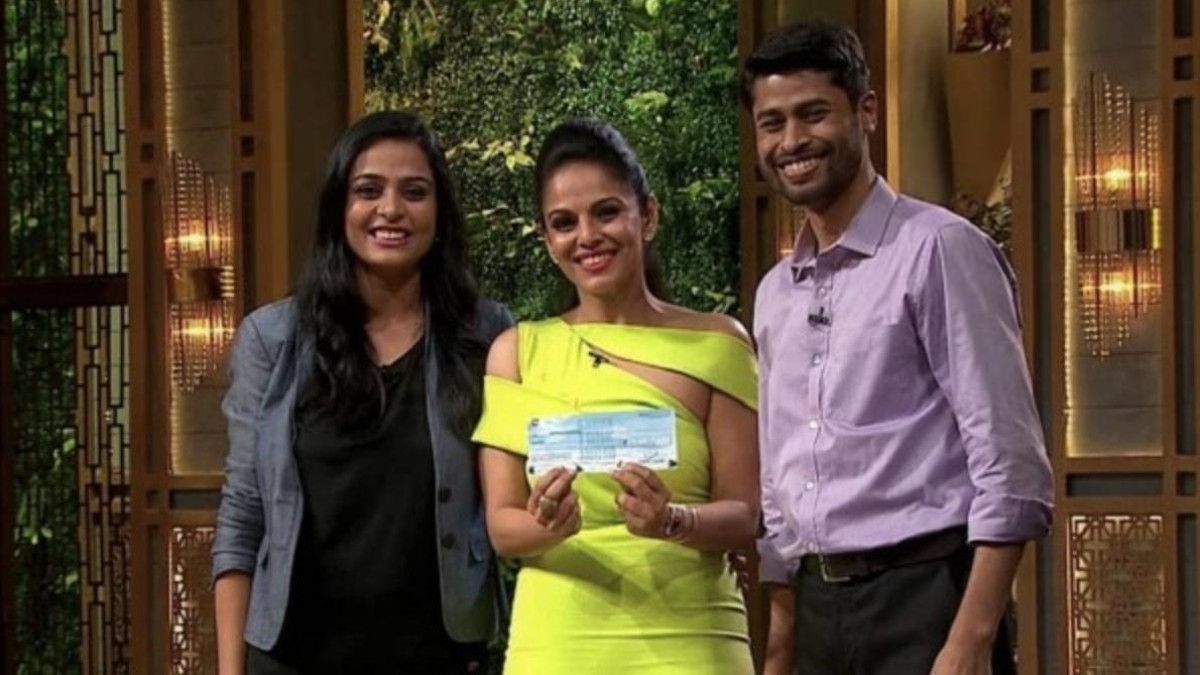 The period conversation has traditionally been seen as the most private of topics, but that is changing. Aditi Gupta, who experienced period-related stigma as a child, had a deep understanding of the discomfort people experience when discussing periods, which inspired her and her husband Tuhin Paul to quit their jobs to launch Menstrupedia comics, India's first comic book on periods that aims to change the narrative about menstruation. The comic is a pleasant guide developed to offer facts about menstruation in a way that is not only easy to grasp but also sensitive to the taboo aspect of the issue, with engaging storylines and characters. It is already available in over 11000 schools in India and is having a significant impact by educating many girls about their menstrual cycles and making them feel empowered. Aditi wants to expand their brand's worldwide effect by developing an app as well. Her concept drew the attention of Shark Namita Thapar, who invested Rs 50 lakhs for a 20% stake. 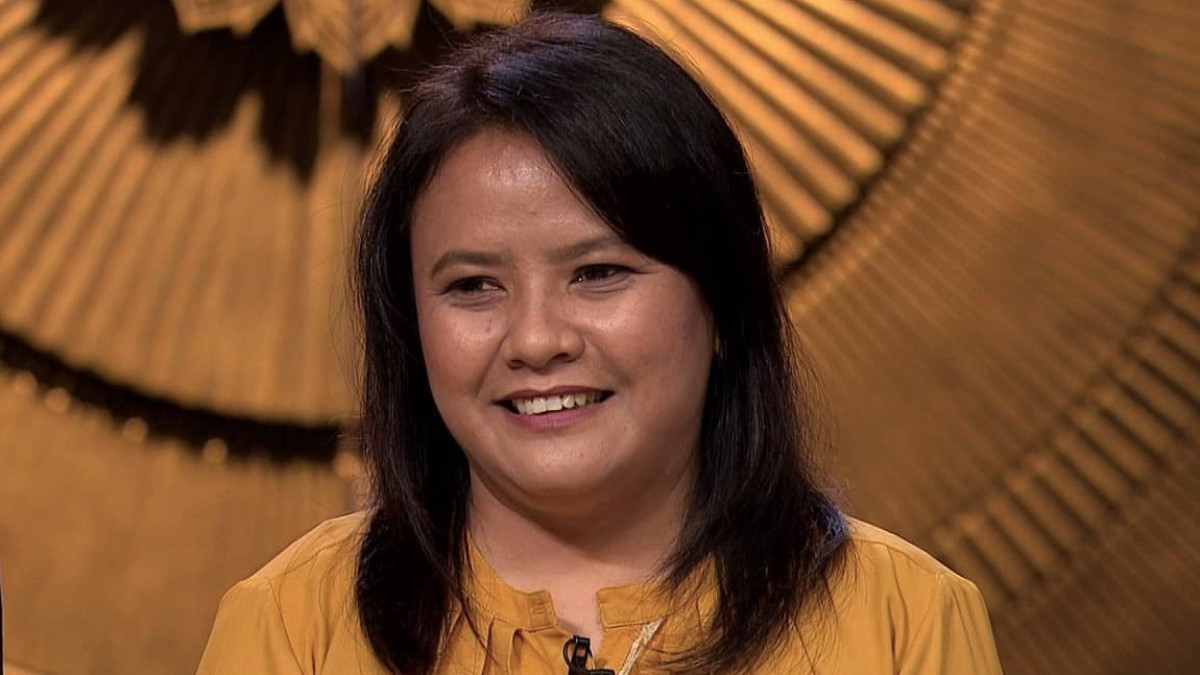 Aditi Madan founded Blue Pine Foods with the goal of introducing people to the genuine food of the Himalayan area. On ‘Shark Tank India’, the former ‘Master Chef’ candidate received a funding of Rs. 75 lakh. She is called as ‘Momo Mami’ by her friends and peers.