Clashes broke out in several cities, including Marseille, Bordeaux, Lyon and Toulouse, during a fourth weekend of nationwide protests against rising living costs and President Emmanuel Macron in general. 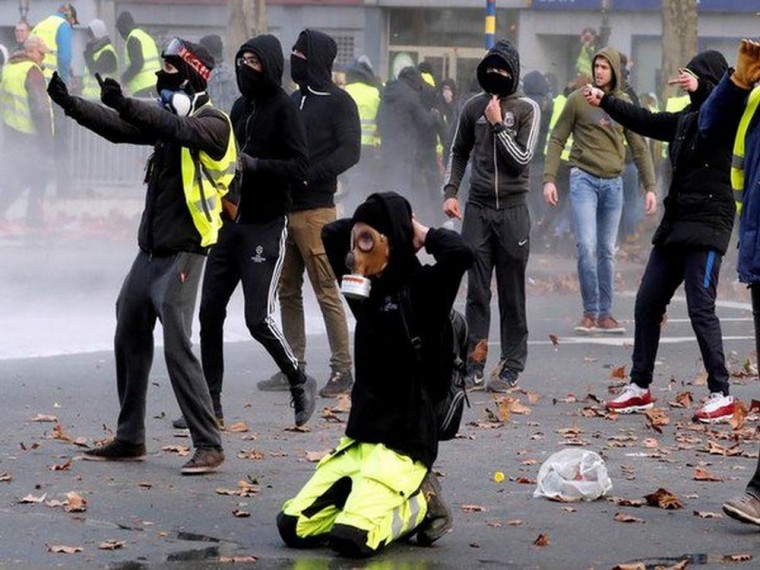 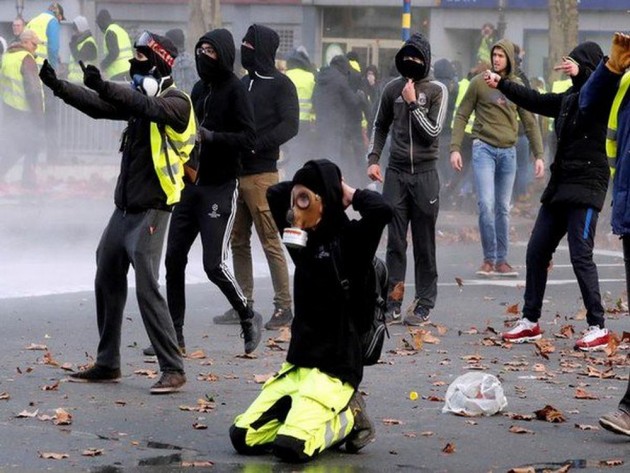 As many as 1,700 people were arrested on Sunday across France during the latest round of "yellow vest" protests, in which demonstrators clashed with riot police, the interior ministry confirmed.

Clashes broke out in several cities, including Marseille, Bordeaux, Lyon and Toulouse, during a fourth weekend of nationwide protests against rising living costs and President Emmanuel Macron in general.

Police in Paris said they made 1,082 arrests on Saturday, up sharply from 412 in the previous round.

With France reeling under violent 'yellow vest' protests due to the hike in fuel taxes and deteriorating economic situation, demonstrations have spread like wildfire and entered Belgium and the Netherlands

The interior ministry said some 136,000 people took part in Saturday's protests, around the same number as on December 1.

But it was Paris which again bore the brunt of the violence and destruction.
Protesters in the capital set fire to cars, burned barricades and smashed windows in pockets of violence, clad in their emblematic luminous safety jackets, as armoured vehicles rolled through the streets.

City authorities said the 'yellow vests' had caused "much more damage" than on December 1.

"The sector concerned by the incidents was much larger... With fewer barricades, there was much more dispersion, so many more places were impacted by violence," Paris deputy mayor Emmanuel Gregoire told France Inter radio.

The embattled president -- whose name rang out across the Champs-Elysees as protesters shouted "Macron, resign" -- is expected to address the demonstrations in a much-anticipated speech in the coming days.

NASA's InSight Brings Us The First Sounds From Mars, Listen In