Weeks Before Elections In Israel, Trump Accepts It's Sovereignty Over Golan Heights

Trump's abrupt announcement was immediately cheered by Netanyahu, who faces a tough reelection battle and visits Washington next week. 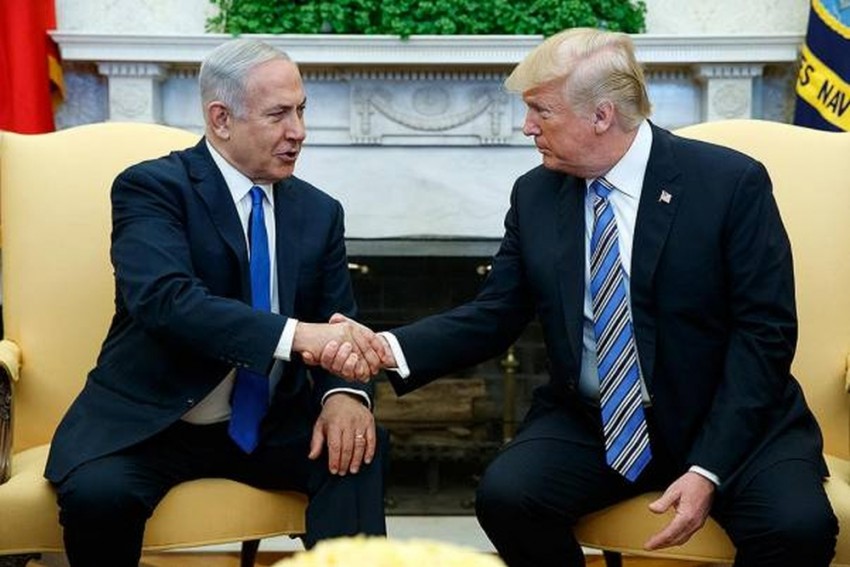 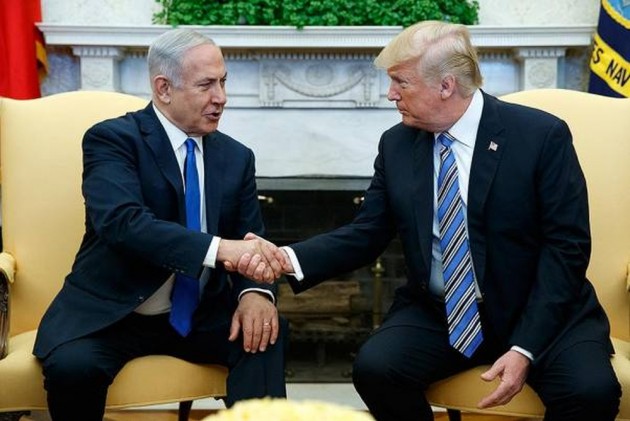 In what amounted to a major pre-election gift for his ally Israeli Prime Minister Benjamin Netanyahu, US President Donald Trump has said the United States should acknowledge Israeli sovereignty over the hotly-contested Golan Heights.

"After 52 years it is time for the United States to fully recognise Israel's Sovereignty over the Golan Heights," Trump said in a tweet.

After 52 years it is time for the United States to fully recognize Israel’s Sovereignty over the Golan Heights, which is of critical strategic and security importance to the State of Israel and Regional Stability!

Trump called the Golan - a strategic area seized from Syria and annexed in a move never recognised by the international community - "of critical strategic and security importance to the State of Israel and Regional Stability!" About 20,000 Israeli settlers live in the Golan, which overlooks Syrian territory.

Trump's abrupt announcement was immediately cheered by Netanyahu, who faces a tough reelection battle and visits Washington next week.

"At a time when Iran seeks to use Syria as a platform to destroy Israel, President Trump boldly recognises Israeli sovereignty over the Golan Heights," the right-wing prime minister wrote on Twitter.

At a time when Iran seeks to use Syria as a platform to destroy Israel, President Trump boldly recognizes Israeli sovereignty over the Golan Heights. Thank you President Trump! @realDonaldTrump

"Thank you President Trump!" There was also quick approval from the senior Republican in the US Senate, Lindsey Graham, who is pushing for Congress to recognise Israeli control over the Golan.

President Trump’s decision to recognize the Golan as part of Israel is strategically wise and overall awesome.

Now I, along with Senator @tedcruz, will try to get Congress to follow your lead. https://t.co/esjggBDawq

Trump's announcement coincided with a visit by Secretary of State Mike Pompeo to Jerusalem, where he became the first high-ranking American official to visit the Western Wall alongside an Israeli prime minister - another boost for Netanyahu.

However, Leon Panetta a veteran Democrat who served as CIA director and defense secretary, among other roles, blasted Trump for "tweeting out another policy that obviously has not been worked out with our international partners."

The Golan recognition is only the latest diplomatic bombshell dropped by Washington, which is Israel's principal backer, in seeking to redraw the fraught Middle East map.

In 2017, Trump also went against decades of practice in recognising the disputed city of Jerusalem as Israel's capital, rather than the previously accepted Tel Aviv.

The Golan Heights move was hinted at a week ago when the State Department changed its usual description of the area as "occupied" to "Israeli-controlled."

The Trump State Department has likewise dropped previous definitions of the Palestinian territories of the West Bank and Gaza Strip as being "occupied" by the Jewish state.

During Pompeo's Jerusalem trip, there was also speculation that his Western Wall visit with Netanyahu could be interpreted as tacit approval of Israel's claim to sovereignty over the site. The wall is one of Judaism's holiest spots, but located in mainly Palestinian east Jerusalem.

Trump will host Netanyahu at the White House next Monday and Tuesday. The Israeli leader will be in Washington for the annual conference of the powerful American Israel Public Affairs Committee (AIPAC) pro-Israel lobbying group.

Running for reelection under threat of indictment for corruption, Netanyahu is widely believed to be hoping that such strong US diplomatic backing will help push him over the finish line.

"This decision is intensely political," said Robert Malley, president of the Crisis Group consultancy, and "in disregard of international law."

But Trump denied trying to influence the Israeli election in Netanyahu's favour, telling Fox Business Network: "I wouldn't even know about that."

"I have no idea, I hear (Netanyahu's) doing okay. I don't know if he's doing great right now, but I hear he's doing okay. But I would imagine the other side whoever's against him is also in favour of what I just did."

Trump's latest shakeup also comes ahead of the delayed unveiling of a White House plan for Israeli-Palestinian peace.

Palestinian leaders, who broke off contact with Washington after the recognition of Jerusalem by Trump, say they expect the plan to be blatantly biased in favour of Israel.

Panetta, who was speaking on CNN, said the Golan recognition "gives up one of the chips that everyone thought would be part of a Middle East peace agreement deal." "It's going to create real problems with our Arab partners in that part of the world," he said.