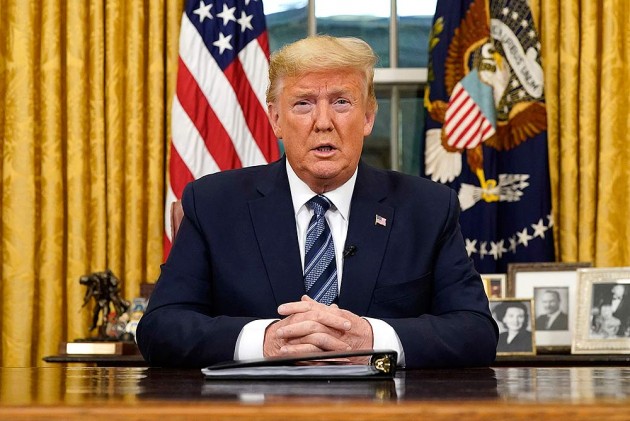 The United States has carried out more tests for the novel coronavirus pandemic than 10 other countries, including India, taken together, President Donald Trump has said.

Trump asserted on Sunday that the US continued to make steady progress in its war against the coronavirus disease (COVID-19) and the country had tested 4.18-million people. "That's a record anywhere in the world," he said.

"We have done more testing than all of these countries combined -- France, United Kingdom, South Korea, Japan, Singapore, India, Austria, Australia, Sweden and Canada," Trump told reporters at a news conference in the White House.

"That's a fantastic climb," Trump said. "That's a beautiful thing to see after going through the opposite."

According to Trump, countries like Italy and Spain, which initially were reluctant in closing their country, had to pay a huge price.

"We would've had millions of people die if we didn't do this,” he said, referring to the earlier projections of massive deaths if there were no social-distancing measures and the country was not closed.

More than 95 percent of America’s 330 population are under stay-at-home order.

The president listed out the steps being taken by his administration on a war footing to address the challenge posed by the pandemic. "We are doing a great job," he said.

Trump highlighted that the situation continued to improve with the declining trajectory of cases in Seattle, Detroit, New Orleans, Indianapolis and Houston Metro areas

Trump assured the people that the country was going to be safe.

"We have to be safe. We don't want to close anything. We're not going to be closing, but we're going to be doing it beautifully, systematically," the president said.

"A couple of them, no matter what you do, you'll never satisfy them. You could find the cure tomorrow and they wouldn't be satisfied. They'd find a reason to complain; wise guys," he added.