Dennis Warren Westover was taken into custody and charged with carrying a pistol without a license, possession of unregistered ammunition and unlawful possession of a firearm. 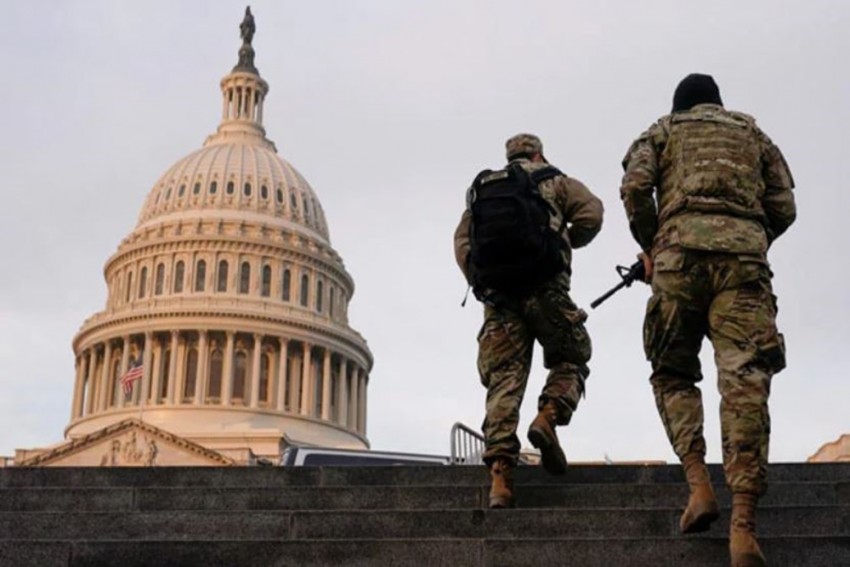 A West Virginia man who expressed concern about the outcome of the presidential election was arrested while walking near the US Capitol after police found a pistol and ammunition in his car, authorities said Thursday.

Dennis Warren Westover, 71, of South Charleston, was taken into custody Wednesday and charged with carrying a pistol without a license, possession of unregistered ammunition and unlawful possession of a firearm.

US Capitol police said in a statement that an officer saw a car parked Wednesday in the middle of a Washington, DC, intersection while the driver was walking in the road near the American Veterans Disabled for Life Memorial, which is close to the Capitol.

According to a police report filed in court, Westover was animated and shouting at National Guard members inside the Capitol fence line perimeter. According to court records, Westover told the arresting officer, “I wanted to see the fence that was around 'my Capitol.'”

Inside Westover's vehicle, authorities said, officers found “Stop the Steal” paperwork with contact information for both US and West Virginia lawmakers. Also found inside were a pistol and 20 rounds of 9mm bullets, they said in court records.

According to court documents, Westover told detectives during an interview that he “was concerned about the honesty and integrity of the election, and now he listens to both sides."

The documents said Westover, who was cooperative during his arrest and questioning, said “we have some polar extremes of opinion in this nation" and that while he "believes there was election fraud at this point it is a moot point.”

Westover also said “the process I am engaged in is righteousness, justice, and truth,” according to the documents.

Westover was released on his own recognizance after a hearing Thursday in a court in Washington. A public defender was appointed for Westover, who could not immediately be located for comment.