The Indonesian jet with 62 people onboard crashed on Saturday shortly after take-off from Jakarta, officials said. 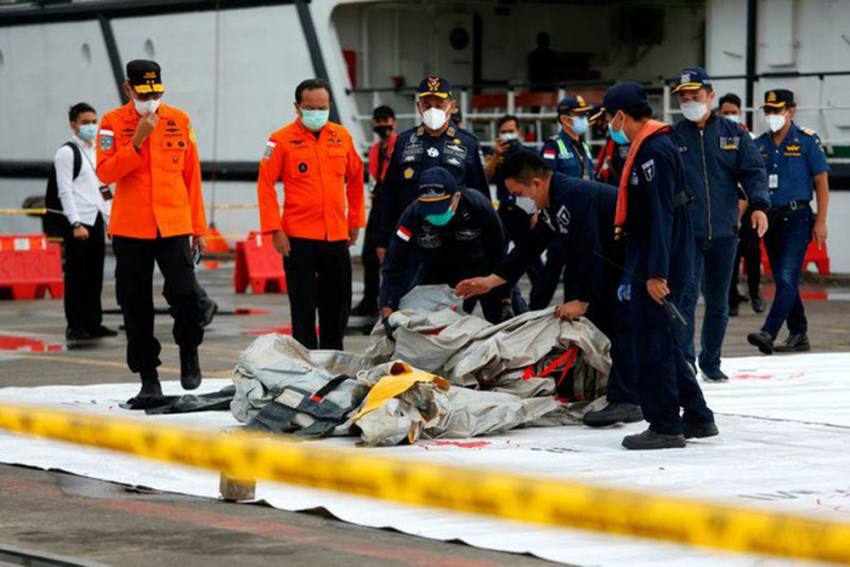 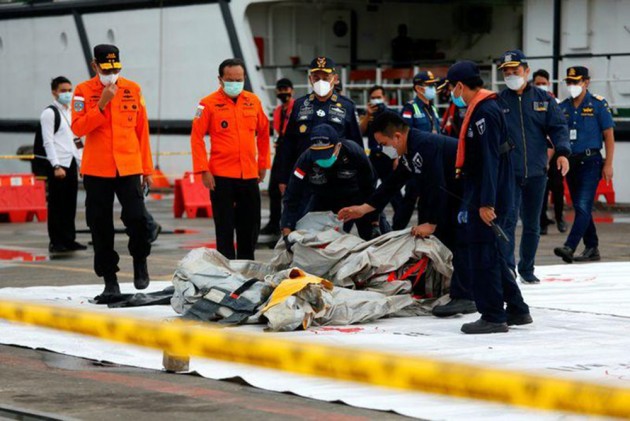 A day after Sriwijaya Air Flight 182 lost contact with air traffic controllers after taking off from Jakarta, rescuers pulled out body parts, pieces of clothing and scraps of metal from the Java Sea early on Sunday morning.

The Boeing 737-500 with 62 people onboard crashed shortly after take-off from Jakarta, officials said.

Officials were hopeful that they were honing-in on the wreckage of Sriwijaya Air Flight 182 after sonar equipment detected a signal from the aircraft.

"These pieces were found by the SAR team between Lancang Island and Laki Island," National Search and Rescue Agency Bagus Puruhito in a statement.

Indonesian Transportation Ministry spokesperson Adita Irawati said the Boeing 737-500 took off from Jakarta at about 1:56 p.m. and lost contact with the control tower at 2:40 p.m.

A statement released by the airline said the plane was on an estimated 90-minute flight from Jakarta to Pontianak, the capital of West Kalimantan province on Indonesia’s Borneo island. There were 56 passengers and six crew members onboard.

Local media reports said fishermen spotted metal objects believed to be parts of a plane on Saturday afternoon in the Thousand Islands, a chain of islands north of Jakarta.

Sumadi said a dozen vessels, including four warships, were deployed in a search-and-rescue operation centred between Lancang island and Laki island, part of the Thousand Islands chain just north of Jakarta.

Bambang Suryo Aji, the National Search and Rescue Agencys deputy head of operations and preparedness, said rescuers collected plane debris and clothes that were found by fishermen. They handed the items over to the National Transportation Safety Committee for further investigation to determine whether they were from the missing plane.

Solihin, 22, a fisherman from Lancang Island, said he and two other fishermen heard an explosion around 30 meter from them on Saturday.

“We thought it was a bomb or a tsunami since after that we saw the big splash from the water after the explosion. It was raining heavily and the weather was so bad. So it is difficult to see around clearly. But we can see the splash and a big wave after the sounds. We were very shocked and directly saw the plane debris and the fuel around our boat,” he said.

Tracking service Flightradar24 said on its Twitter feed that Flight SJ182 lost more than 10,000 feet (3,048 meters) of altitude in less than a minute, about four minutes after takeoff.

Sriwijaya Air President Director Jefferson Irwin Jauwena said the plane was airworthy. He told reporters that the plane had previously flown to Pontianak and Pangkal Pinang city on the same day. “Maintenance report said everything went well and airworthy,” Jauwena said during a news conference. He said the plane was delayed due to bad weather, not because of any damage.

It was raining at Jakarta’s Soekarno-Hatta International Airport when the plane took off for Pontianak, around 740 kilometers (460 miles) away.

Chicago-based Boeing said on its Twitter feed that it was aware of the incident. It said it was closely monitoring the situation and “working to gather more information.”