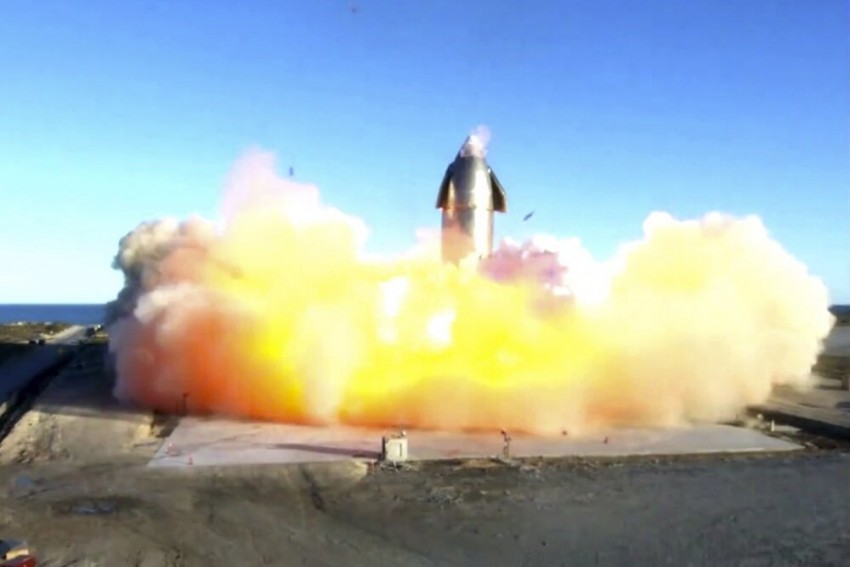 In this image taken from video posted by SpaceX, the company's Starship becomes engulfed in flames and ruptures upon touching down after a test flight, Wednesday, Dec. 9, 2020, in a remote area of Texas.
AP
Outlook Web Bureau 2020-12-10T15:51:19+05:30 SpaceX Starship Explodes During Landing After Test Launch 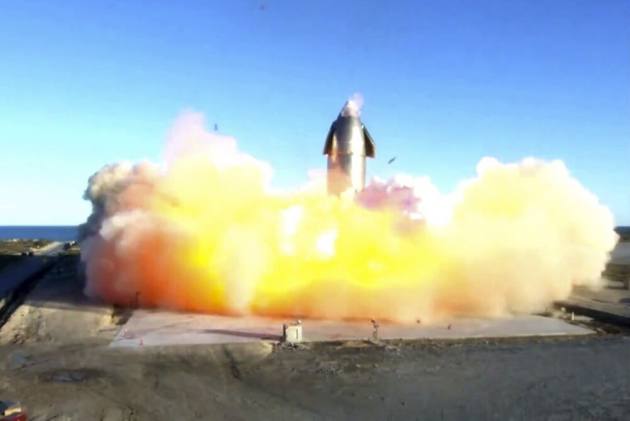 SpaceX’s Starship prototype exploded on Thursday while attempting to land after its test launch from the company’s rocket facility in Boca Chica, Texas.

Despite the Starship SN8’s catastrophic landing which resulted in a huge explosion, Starship described the test of the next-generation spacecraft as “awesome”.

The Starship rocket destroyed in the accident was a 16-storey-tall prototype for the heavy-lift launch vehicle being developed by Musk’s private space company to carry humans and 100 tons of cargo on future missions to the moon and Mars.

The rocket had lifted from the Launchpad at 5.45 pm (EST) and after a six-and-a-half-minute test, it started falling.

The rocket’s test flight was intended to reach an altitude of 41,000 feet (12,500 metres), however, SpaceX did not clarify whether the Starship prototype was able to reach the height during the test flight.

During SpaceX’s first attempt on Tuesday to launch Starship, a problem in the Raptor engine forced an automatic abort one second before the launch.

The Starship prototype that exploded on Wednesday was 16-storey-tall. The complete Starship rocket, which will stand 394ft (120m) tall when combined with its super-heavy first-stage booster.

The rocket is one of Elon Musks most ambitious projects that would help in making human space travel more affordable and routine.