The discussions are important in the search for lasting peace that will also provide an exit for the US and NATO troops after nearly 19 years. 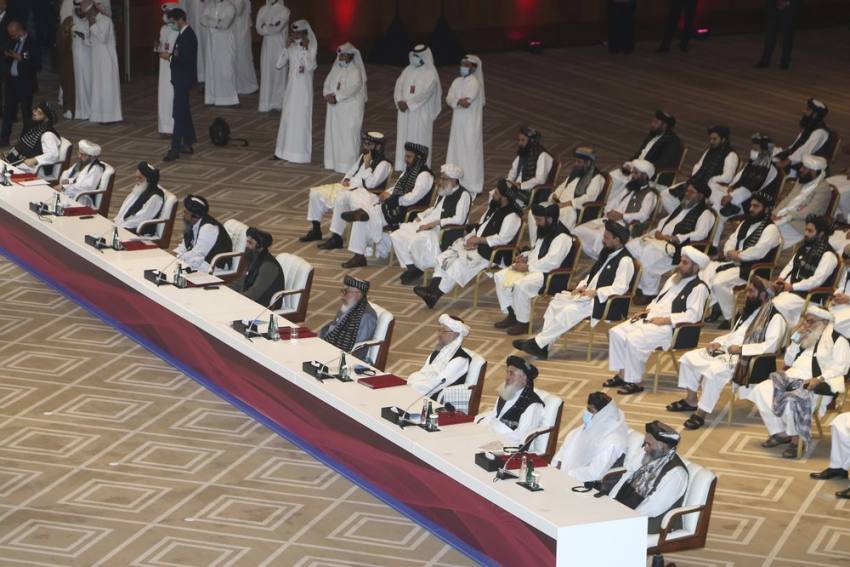 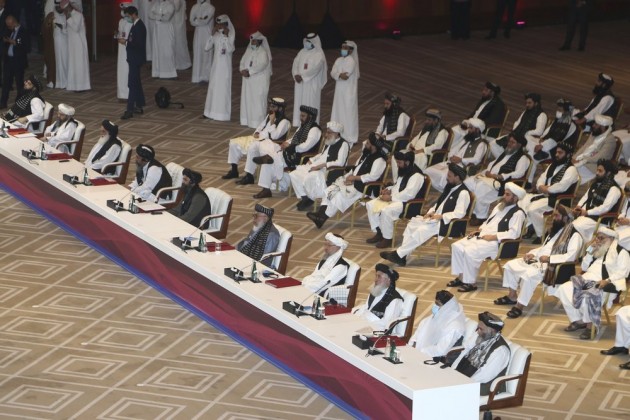 Afghanistan's warring sides started negotiations on Saturday for the first time aimed at ending decades of war, bringing together delegates appointed by the Afghan government and the Taliban.

US Secretary of State Mike Pompeo attended the opening ceremony, which was held in Qatar where the meetings will take place. It's the latest in a flurry of diplomatic activity by the Trump administration ahead of the US presidential election in November.

The discussions are important in the search for lasting peace that will also provide an exit for US and NATO troops after nearly 19 years.

The sides will try to tackle tough issues. This includes the terms of a permanent cease-fire, the rights of women and minorities and the disarming of tens of thousands of Taliban fighters and militias loyal to warlords, some of them aligned with the government.

The talks in Doha follow the US-brokered recognition of Israel by two Gulf nations — Bahrain on Friday and the United Arab Emirates earlier this month. 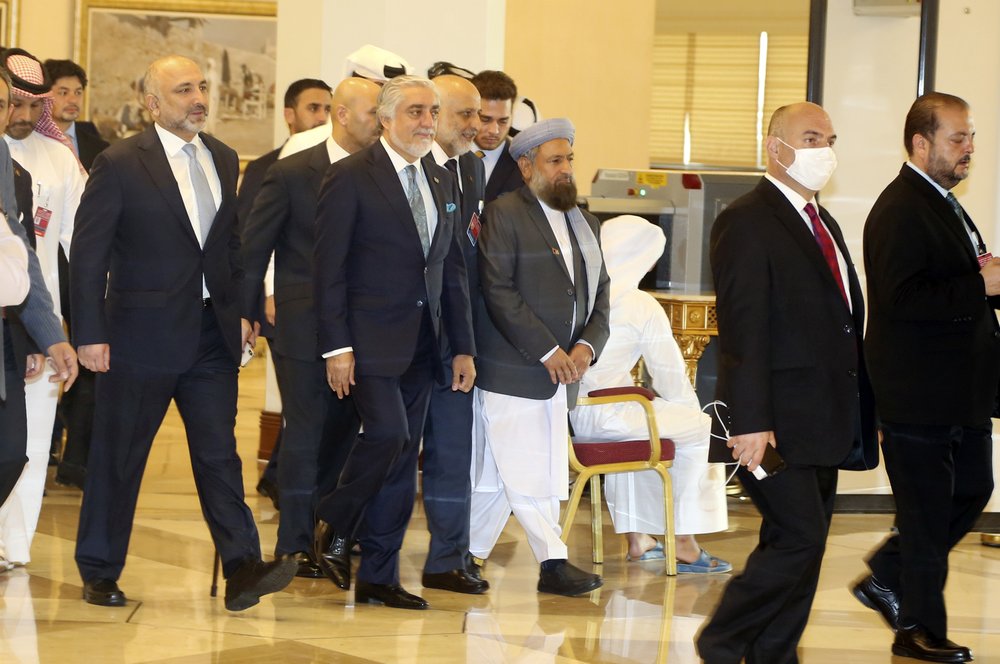 Abdullah Abdullah, center, chairman of Afghanistan's High Council for National Reconciliation, arrives with his delegation for the opening session of the peace talks between the Afghan government and the Taliban in Doha. (AP Photo)

The Afghan sides are also expected to discuss constitutional changes, and power sharing.

Even seemingly mundane issues like the flag and the name of the country -- the Islamic Republic of Afghanistan or as the Taliban's administration had been known, when it ruled, the Islamic Emirate of Afghanistan -- could find their way on to the negotiation table and roil tempers.

Among the government-appointed negotiators are four women, who vow to preserve women's rights in any power-sharing deal with the fundamentalist Taliban. This includes the right to work, education and participation in political life -- all denied women when the Taliban ruled Afghanistan for five years.

The Taliban were ousted in 2001 by a US-led coalition for harbouring Osama bin Laden, the architect of the September 11 terrorist attacks on America.

There are no women on the Taliban's negotiation team, led by their chief justice Abdul Hakim.

Pompeo has said he expected the discussions to be contentious.

Washington's peace envoy for Afghanistan Zalmay Khalilzad said on Friday that launching the talks is an important achievement, but that "there are difficulties, significant challenges on the way to reaching agreement".

"This is a test for both sides, for the Taliban and the government," he said. "Can they reach an agreement despite differences, in terms of their visions for the future of Afghanistan?"

The intra-Afghan negotiations were laid out in a peace deal Washington signed with the Taliban on February 29. At that time the deal was touted as Afghanistan's best chance at peace in 40 years of war. 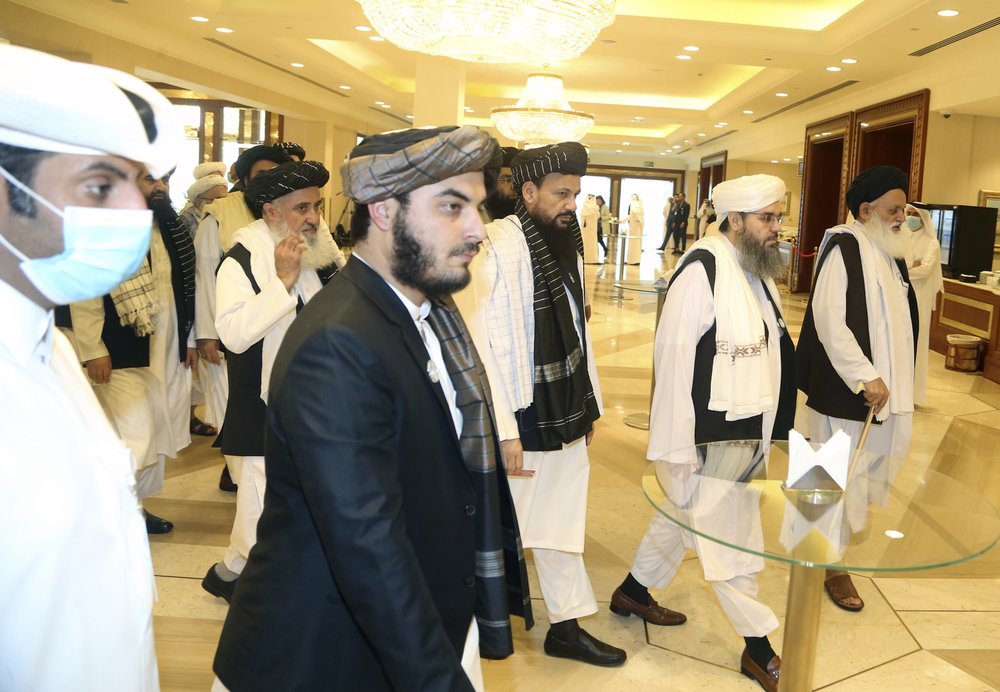 Taliban delegation arrive to attend the opening session of the peace talks between the Afghan government and the Taliban in Doha, Qatar. (AP Photo)

The talks were originally expected to begin within weeks of the February 29 signing.

But delays disrupted the timeline from the outset. The Afghan government balked at releasing 5,000 Taliban prisoners, which was stipulated in the deal as a sign of good faith ahead of the negotiations. The Taliban were required to release 1,000 government and military personnel in their custody.

Political turmoil in Kabul further delayed talks as Afghan President Ashraf Ghani and his rival in controversial presidential polls the year before, Abdullah Abdullah, squabbled over who won, with both declaring victory.

Abdullah was named to head the High Council for National Reconciliation overseeing the peace talks as part of a power-sharing agreement to end the bickering.

The Taliban's refusal to reduce the violence further hindered the start of talks.

While Washington ramped up pressure to get the intra-Afghan negotiations started, the deal they signed with the Taliban to withdraw completely from Afghanistan does not hinge on the success of the talks.

Washington's withdrawal is contingent on the Taliban honoring commitments to fight terrorist groups, in particular the Islamic State affiliate in Afghanistan, and ensure that Afghanistan cannot again be used to attack America or its allies.

Washington has refused to give specific of the guarantees citing security reasons, but the withdrawal of US troops has already begun. President Donald Trump has said that by November, about 4,000 soldiers will be in Afghanistan, down from 13,000 when the deal was signed in February.

“Washington's goals are very simple: It wants intra-Afghan talks happening as soon as possible, because these give the White House political cover for an imminent withdrawal,” said Michael Kugelman, deputy director of the Washington-based Wilson Centre's Asia programme.

“Trump likely wants a peace deal before the election, so that he can garner political benefits galore and pitch himself as a Nobel Peace Prize candidate. But presumably even he realises it's wildly unrealistic to expect a deal so soon. These types of negotiations tend to be measured in years, not weeks.”

After UAE, Bahrain To Normalise Relations With Israel