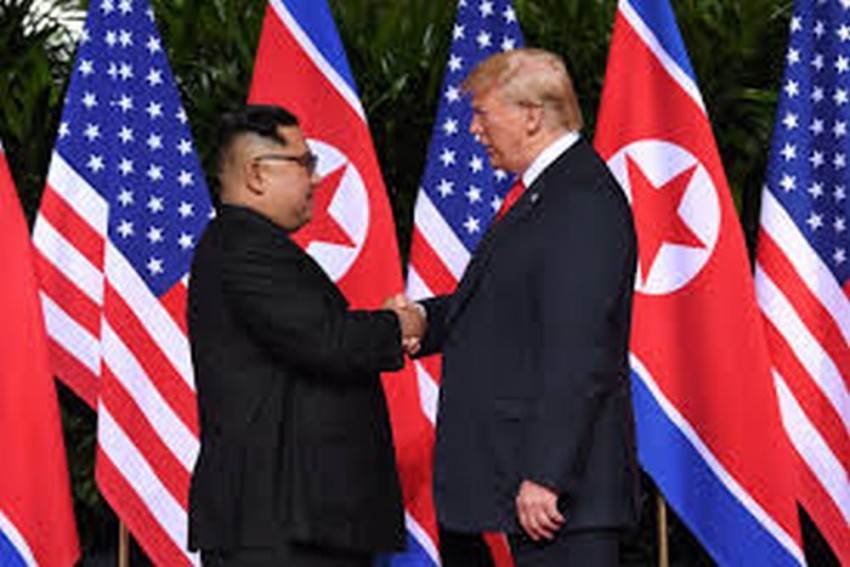 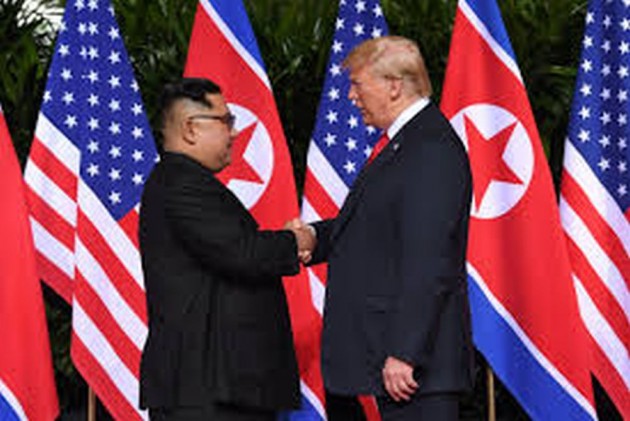 US President Donald Trump and North Korean leader Kim Jong Un will meet for a second much-anticipated summit in Hanoi, as preparations kick into high gear for the peace talks.

Trump announced the exact location on Twitter -- only the country, Vietnam, was previously known -- for the follow-on to the leaders' summit in Singapore last year as he hailed "very productive" preparatory talks between diplomats from the two countries.

"My representatives have just left North Korea after a very productive meeting and an agreed upon time and date for the second Summit with Kim Jong Un," Trump said.

"It will take place in Hanoi, Vietnam, on February 27 & 28. I look forward to seeing Chairman Kim & advancing the cause of peace!"

My representatives have just left North Korea after a very productive meeting and an agreed upon time and date for the second Summit with Kim Jong Un. It will take place in Hanoi, Vietnam, on February 27 & 28. I look forward to seeing Chairman Kim & advancing the cause of peace!

The US State Department said the special US envoy for North Korea Stephen Biegun will meet again with Pyongyang officials ahead of the Trump-Kim talks -- hours after he returned to Seoul from talks in the North on the summit's agenda.

North Korea has yet to provide any official confirmation of the summit and Kim Jong Un appeared to make no mention of it during a meeting earlier with the top brass of the Korean People's Army.

"We have some hard work to do with the DPRK between now and then," Biegun told Kang, adding: "I'm confident that if both sides stay committed we can make real progress here."

Attention will now focus on whether the US team have offered to lift some economic sanctions in return for Pyongyang taking concrete steps toward denuclearisation.

Discussions on declaring an end to the 1950-53 Korean War could also have been on the table, with Biegun last week saying Trump was "ready to end this war."

The three-year conflict ended in an armistice, not a peace treaty, leaving the two Koreas still technically at war, with the US keeping 28,500 troops in the South.

Experts say the most likely scenario in Vietnam is that the concerned parties -- North and South Korea, the US, and China -- declare a formal end to the war as a political statement.

At their landmark summit in Singapore last year, the mercurial US and North Korean leaders produced a vaguely worded document in which Kim pledged to work towards "the denuclearization of the Korean peninsula".

But progress has since stalled, with the two sides disagreeing over what that means.

Experts say tangible progress on Pyongyang's nuclear weapons will be needed for the second summit if it is to avoid being dismissed as "reality TV."

On Friday Trump tweeted that North Korea will become a "great Economic Powerhouse" under Kim.

"He may surprise some but he won't surprise me, because I have gotten to know him & fully understand how capable he is," said Trump.

But Park Won-gon, a professor at South Korea's Handong University, said Trump's remarks may not align with Pyongyang's current agenda.

"What Pyongyang wants now, more than anything, is the lifting of the existing sanctions," Park told AFP.

"The idea of being an economic powerhouse may sound too vague and even unrealistic for them at this moment."

North Korea, which holds most of the peninsula's mineral resources, was once wealthier than the South, but decades of mismanagement and the demise of its former paymaster the Soviet Union have left it deeply impoverished.

In 2017 the UN Security Council banned the North's main exports -- coal and other mineral resources, fisheries and textile products -- to cut off its access to hard currency in response to Pyongyang's pursuit of nuclear weapons and ballistic missiles.

US Man Arrested On His Way To Pakistan To Join LeT