The announcement of delay in the visit comes as Riyadh on Friday denounced the terror attack by the Pakistan-backed Jaish-e-Mohammad (JeM) terror group in Jammu and Kashmir that claimed the lives of at least 40 CRPF personnel. 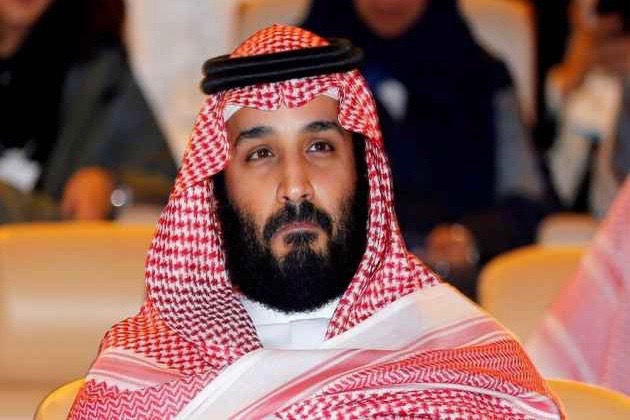 Saudi Crown Prince Mohammad bin Salman has postponed by a day his highly anticipated visit to Pakistan, the country’s Ministry of Foreign Affairs announced on Friday.

The Crown Prince, who was earlier scheduled to land in Islamabad on February 16 (Saturday) for a two-day visit, will now visit the country on Feb 17-18, Dawn reported.

The foreign ministry in its statement did not state a reason behind the change in the schedule.

It said the programme of the Saudi royal's visit "remains unchanged".

The announcement of delay in the visit comes as Riyadh on Friday denounced the terror attack by the Pakistan-backed Jaish-e-Mohammad (JeM) terror group in Jammu and Kashmir that claimed the lives of at least 40 CRPF personnel.

In a statement, the Kingdom said it strongly condemns and denounces "these cowardly terrorist acts and stands with India against terrorism and extremism", the Saudi Ministry of Foreign Affairs was cited as saying by the Saudi Press Agency.

"Saudi Arabia offers condolences to the Indian government, families of the victims and wishes the injured a speedy recovery," the Ministry said in a press release.

An operative of the Pakistan-based JeM group crashed his explosive-laden car into a convoy of the Central Reserve Police Force (CRPF) in Pulwama district on the Srinagar-Jammu Highway on Thursday, making it the worst ever attack on security forces on any single day since a separatist campaign broke out in Jammu and Kashmir in 1989.

India has blamed Pakistan for sheltering the JeM that has repeatedly launched terror strikes in India. On Friday, India launched a diplomatic offensive to isolate Pakistan by meeting with the envoys of 25 countries, including the P5, to highlight Islamabad’s role in using terrorism as an instrument of state policy.

Mohammad Bin Salman Al Saud (MBS) is leading a large delegation in his tour to five Asian nations: Pakistan, China, Malaysia, Indonesia and India. He will be visiting India on February 19-20.

According to Khaleej Times, Pakistan will get a $20 billion-plus economic package from Saudi Arabia during the two-day visit of the Crown Prince.

The Pakistan government will take up preferential trade agreement and ease of business visas with the Saudi Crown Prince who heads a high-profile delegation to hold talks with Prime Minister Imran Khan on Sunday.

Abdul Razzak Dawood, Advisor to Prime Minister Imran Khan on trade, said investment deals worth USD 10-15 billion would be signed during the visit of the Saudi royal. On the top of the list is an agreement to set up an oil refinery in Pakistan.

Elaborate security arrangements have been planned during the visit of the powerful heir to the Saudi throne.

According to reports, the Saudi Crown Prince, who is also the deputy prime minister and minister of defence of the kingdom, will be conferred with Nishan-e-Pakistan – the highest civilian award — during his visit to Pakistan.

Vijay Mallya Files For Permission To Appeal Against Extradition Order