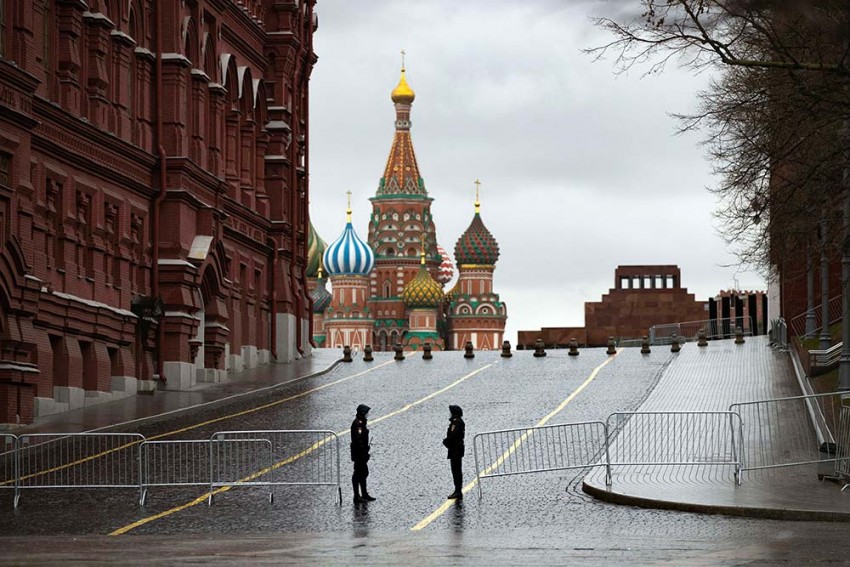 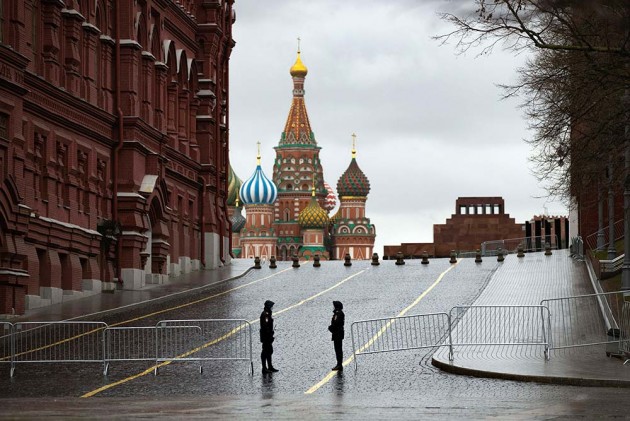 Russia and Pakistan reported their biggest one-day jumps in new coronavirus infections as some other countries and U.S. states where case numbers are stabilizing allowed businesses and public activities to reopen.

China, where the pandemic began in December, reported a single new infection Saturday, extending a steady decline in confirmed cases.

South Korea reported six new cases on Saturday, none of them in the hard-hit city of Daegu in the southeast. Both countries are easing anti-virus controls and reviving economic activity.

Russia reported 7,933 new cases on Friday, raising its total to 114,431. The true number is believed to be higher because not everyone is tested and Russian tests are reported to be only 70% to 80% accurate.

At least five Russian regions reported a surge of pneumonia cases. In Moscow, which accounts for half of all virus cases, all respiratory infections are likely to be caused by the coronavirus, according to the public health agency.

Prime Minister Mikhail Mishustin announced Thursday he tested positive and would temporarily stop running the Cabinet. The construction minister and his deputy also have tested positive.

The increase coincides with increased testing. The government said more than 9,000 were conducted in the previous 24 hours. Prime Minister Imran Khan has set a goal of 20,000 per day.

Photos in newspapers showed large numbers of the faithful at Pakistani mosques and only some following social distancing rules. Khan's government said it might ease controls, but doctors have pleaded for stricter lockdowns, warning an explosion of infections would overwhelm hospitals that have only 3,000 intensive care beds nationwide.

Also Friday, the first drug shown to help fight the disease received emergency approval from the U.S. Food and Drug Administration. In a study, remdesivir shortened patients' recovery time from 15 days to 11 on average and may have reduced deaths.

The virus has killed more than 230,000 people worldwide, including more than 64,000 in the United States and more than 20,000 each in Italy, Britain, France and Spain. Health experts warn a second wave of infections could hit unless testing is expanded dramatically

President Donald Trump said Friday he hopes the total number of U.S. deaths will be below 100,000, which he acknowledged is a “horrible number.”

Models released by the White House coronavirus task force on March 29 projected deaths of 100,000 to 240,000 Americans, assuming efforts such as social distancing and staying home as much as possible were in effect. The task force director said the worst-case scenario was 1.5 million to 2.2 million US deaths without those measures.

As the crisis stabilizes in some European countries and American states, governments are easing the shutdown of businesses that plunged the global economy into its deepest slump since the 1930s and wiped out millions of jobs.

France, Spain, Germany and other governments plan to allow factories, offices, other businesses, churches and some other public facilities to reopen gradually and under strict controls.

China has lifted blanket restrictions that kept 800 million people at home but kept in place extensive fever-checks and other monitoring.

On Friday, the former imperial palace in the Chinese capital, Beijing, reopened after a 2 1/2-month shutdown, but the number of daily visitors was limited to 5,000, down from the usual 80,000. Photos on social media showed palace visitors wearing masks and being escorted by police.

The country's ceremonial legislature is due to hold its annual session May 22, postponed from March.

Trump, who is running for reelection in the midst of a US economic slump that has wiped out more than 10 million jobs, is pressing state governors to lift anti-disease controls despite warnings by some health experts that might lead to a spike in infections.

On Friday, more than a dozen US states including Texas and South Carolina allowed restaurants, stores and other businesses to reopen in the biggest one-day push yet to revive their economies.

Other governors including Andrew Cuomo of New York, the hardest-hit American state, and J B Pritzker of Illinois say they won't relax controls until conditions are safer.

The governor of Washington, where the first US virus case was confirmed in January, extended a stay-at-home order through at least May 31. The governor of Michigan said a similar order there is in effect through May 15 despite the state legislature's refusal to extend her emergency declaration.