Prosecutors say the two had classified information regarding security operations in Rakhine state, from where hundreds of thousands of Rohingya Muslims fled during an army-led crackdown the United Nations has dubbed 'ethnic cleansing'. 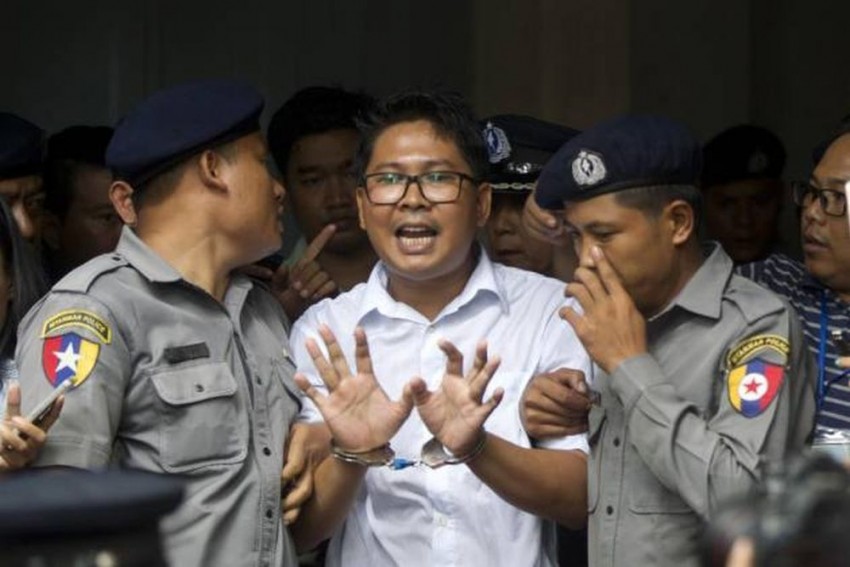 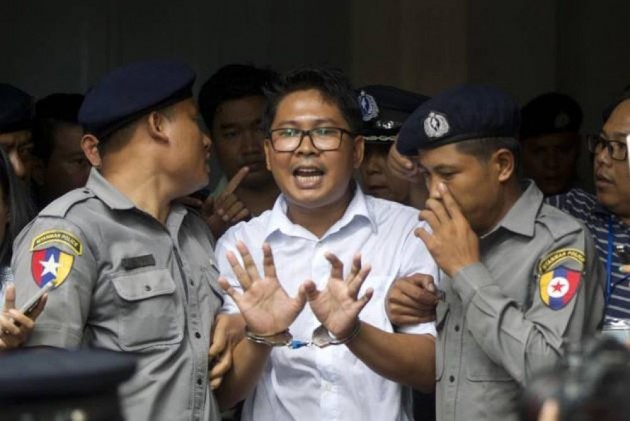 A Myanmar judge dismissed an appeal Friday by two Reuters journalists jailed for seven years while investigating atrocities committed against the Rohingya, dashing slim hopes that the pair could be freed early.

Reporters Wa Lone, 32, and Kyaw Soe Oo, 28, were arrested in Yangon in December 2017 and later jailed for violating the state secrets act, a charge Reuters said was trumped up to muzzle their reporting.

Prosecutors say the two had classified information regarding security operations in Rakhine state, from where hundreds of thousands of Rohingya Muslims fled during an army-led crackdown the United Nations has dubbed "ethnic cleansing".

Aung Naing, a judge at the Yangon Regional High Court, said Friday the original verdict was "not wrong according to the law" and was a "reasonable decision".

"The court decides to dismiss the appeal," he said.

Lawyers can now appeal to the Supreme Court in Myanmar, a process that could take an estimated six months.

The reporters' wives cried after the decision which condemns the pair to continue their stay at Yangon's notorious Insein prison, where they have been held for the last 13 months.

The two men -- who were not present for the decision -- have insisted they were victims of a police set-up, pointing to testimony from a serving officer who said a superior ordered others to entrap them.

At the time of the arrest they were probing a massacre of 10 Rohingya.

The original trial was widely regarded as a sham and seen as punishment for their investigation, sparking outrage around the world including from US Vice President Mike Pence.

Outside the country, the two men have been hailed as media freedom heroes and jointly named Time Magazine's Person of the Year 2018, alongside other persecuted and slain journalists.

But they have gained little sympathy within Myanmar.

The violent military campaign in 2017 forced more than 720,000 Rohingya across the border to Bangladesh, with refugees bringing accounts of murder, rape and arson.

UN investigators have called for top generals to be investigated for genocide and singled out civilian leader Aung San Suu Kyi for criticism for failing to stop the crackdown.

The image of the formerly renowned champion of human rights has been further damaged by the Reuters trial, and she has yet to speak up in their defence.

Reacting to the verdict outside the court the European Union ambassador to Myanmar Kristian Schmidt said he looked to the president of Myanmar to "correct" the injustice with a possible pardon.